The power of the DRS has been increased with the new aerodynamic rules recently passed for 2019-20, but that is seen as a temporary solution.

Tombazis is working on the 2021 rules in conjunction with FOM's team of engineers, led by F1 chief technical officer Pat Symonds.

It has been suggested that DRS won't be necessary with the new aerodynamic package and F1 sporting boss Ross Brawn has made no secret of disliking the system.

"It is right that there's this underlying discomfort with DRS, and I share it as well," said Tombazis. "I know Ross has made similar comments.

"We feel that DRS is the right thing to have in the present state of things.

"For 2021 we hope that the cars will be much more able to follow each other closely, and it will be a really nice outcome if we can severely decrease DRS in the future, or even eliminate it.

"But until we get in a position where we are comfortable enough with the wake performance and how cars can follow each other, I think it's something that I would perhaps call a necessary evil at the moment."

But Tombazis is confident that the more powerful DRS will have a positive impact on racing in the interim seasons ahead of 2021.

"The DRS effect will increase by approximately 25-30%," he said.

"Hence the probability that approaching the front car will increase." 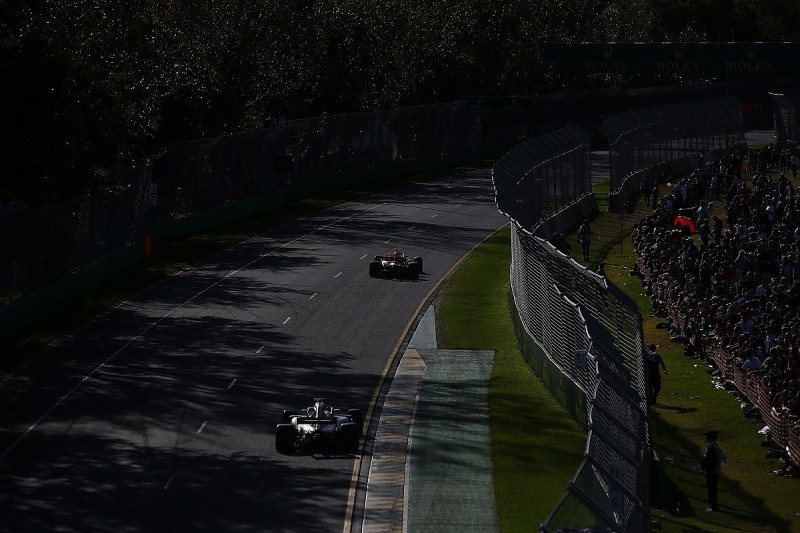 F1 race director Charlie Whiting stressed that a key aim of the 2019/20 DRS change was not to make overtaking easier, but to make it effective in more locations.

"The main advantage to us is we'll be able to make the DRS effective on shorter straights," he said.

"At the moment we're trying to lengthen zones where we can, in places like Melbourne for example, maybe an extra DRS zone in Canada - those are the sort of places where with this extra power from the DRS we should be able to make them work a bit better."

Whiting also explained how the FIA carefully tunes the length of the DRS activation zones.

"We look at how effective the DRS is at each circuit, and then we try to tune it in order that you have to be within four-tenths of the car in front to make it work.

"Four-tenths is quite a difficult gap to get to, so if you can get to that, and you've got the length of straight, you should be alongside by the time you get to the braking point.

"If we can do that with shorter straights, it's going to work on more tracks.

"We don't necessarily want to make overtaking on a given circuit easier. We still want the drivers to have to work for it."