McLaren F1 driver Alonso took victory on his WEC debut for Toyota at Spa last weekend and experienced the inner workings of that paddock as a competitor for the first time.

F1 is often criticised for being too closed off to fans, thanks to its long-standing privileged system of access, but Alonso argued the more open system employed in WEC races could make drivers less accessible if applied to grand prix racing.

"I think I prefer this system, [the one] in F1," Alonso said ahead of the Spanish Grand Prix. "It's a little bit more under control - the paddock passes.

"In WEC, free access to the paddock was a little bit too much, a bit more stress a couple of times, but here it is under control and if you open free entrance to the paddock here we will not even be able to walk.

"We will hide even more, we will close ourselves even more in our motorhomes because you cannot do normal things. Then it will be probably not be in the direction we want.

"We open the paddock and these fans, they will see the drivers and think they communicate a little bit more, [but] maybe it has the opposite reaction."

Alonso is not certain to remain in F1 with McLaren beyond 2018, but said continued predictability in F1 - something he again referred to as "sad" - would have more bearing on a decision about his future than any success he enjoys in WEC.

"It doesn't matter the results we are achieving in one or other championship," Alonso said.

"I'm attempting two championships at the same time and I'm happy with the progress we did here in McLaren, and with the direction everything is going for the future, and obviously I'm happy with my endurance attempt as well.

"It's quite demanding, especially the F1 calendar, and the biggest thing here is how predictable everything is.

"We can put on paper now what the qualifying [result] will be on Saturday - what will be Monaco, will be Canada, will be Silverstone.

"That is something we need to take into account for future decisions." 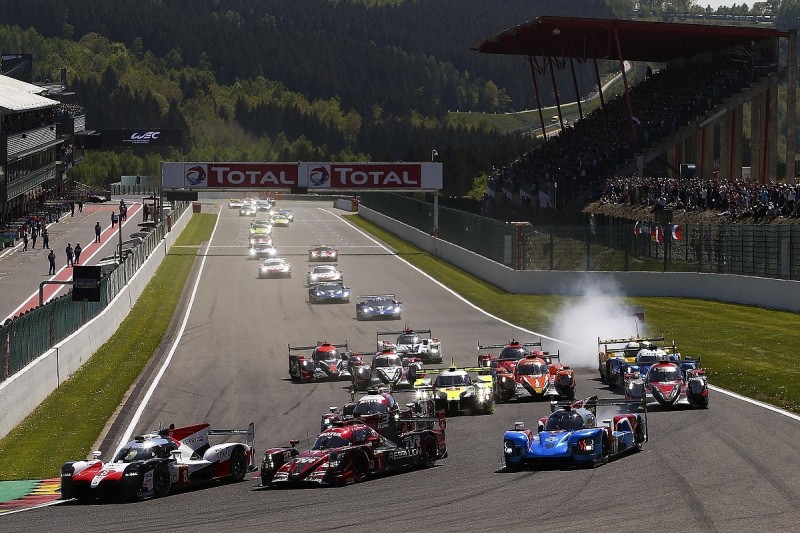 Although Toyota is the only manufacturer LMP1 entrant remaining in WEC, and is expected to dominate that championship and Le Mans, Alonso also suggested WEC races are more unpredictable than grands prix.

"In WEC you have to be super-flexible and super-open-minded on everything," Alonso added.

"It's part of what's special about WEC - how you need to adapt every single corner, every single lap, a different driving style, and how unpredictable will be the race until the chequered flag.

"That's what we want in terms of driving, and [for] the spectators."