Ferrari boss Mattia Binotto has questioned why current intrigue over Mercedes’ Formula 1 engine design has not stirred the same controversy that his team faced in 2019.

Red Bull has lodged questions with the FIA about design elements of the Mercedes F1 power unit, amid suspicions the team has found a way to super cool air in the plenum for a power boost.

F1’s regulations are clear that there is a minimum temperature for air in the plenum, while Mercedes is adamant that it is not doing anything out of the ordinary.

Red Bull is now waiting for answers from the FIA about whether or not Mercedes is doing anything wrong.

But while the matter has been discussed in public, and also between teams, it has not stirred up the kind of drama that Ferrari faced in 2019 when it too was subject to an engine rules clarification from the FIA.

Back then, Ferrari was believed to be using a clever system to get around FIA fuel checks, which was eventually stamped out by the governing body through the introduction of extra sensors.

And while the Ferrari design was the subject of an investigation by the FIA, the governing body was unable to prove that the Italian outfit had broken the regulations.

As a result, and because the FIA did not want a lengthy court case, a secret deal was reached which included Ferrari helping the FIA with guidance to improve the monitoring of F1 power units.

That outcome prompted a huge outcry from rival teams, with some outfits threatening to take the matter further in a bid to find out more about what Ferrari had been up to. 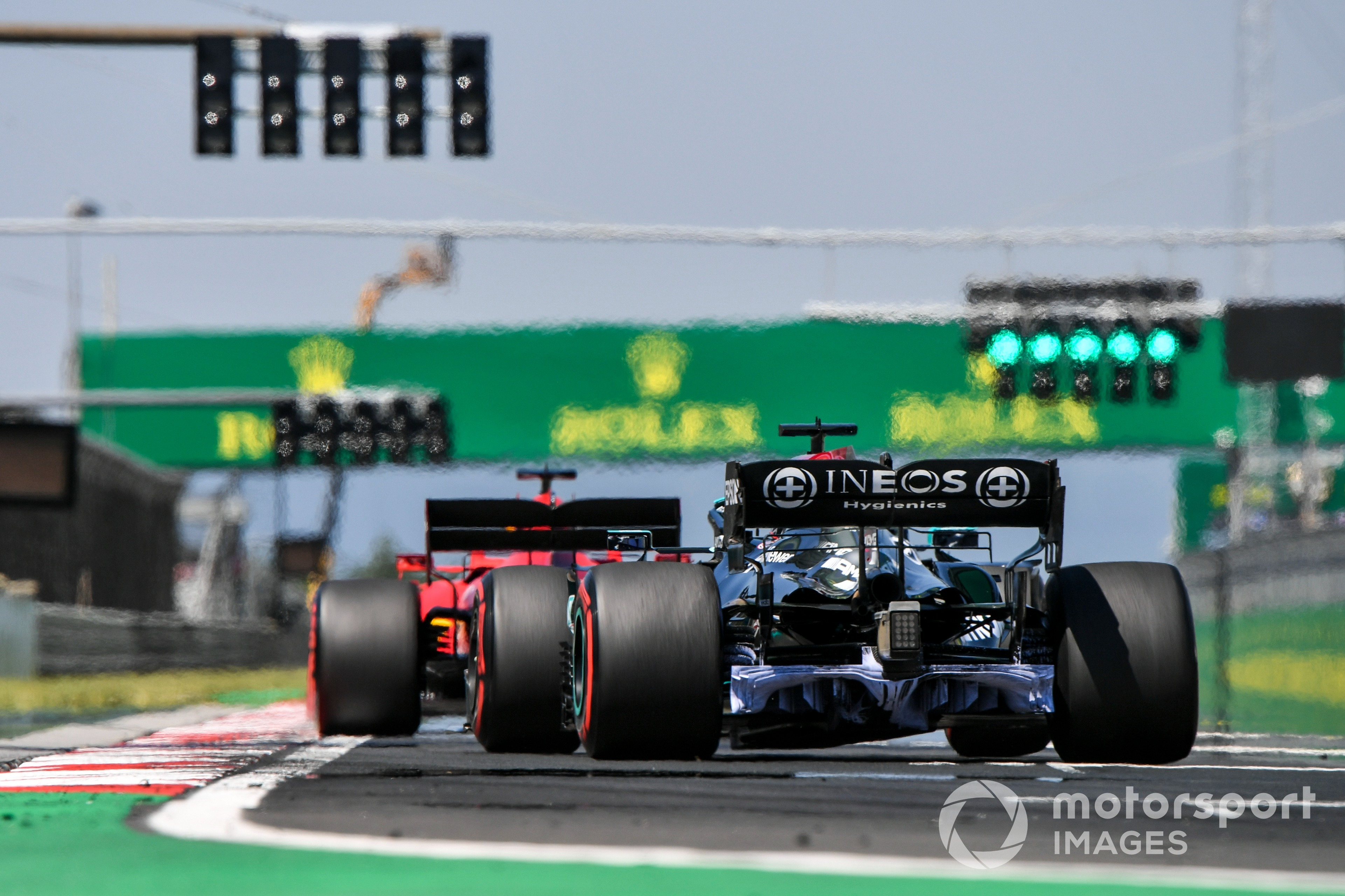 The affair also led to strained relations between Mercedes boss Toto Wolff and Binotto as they disagreed over the impact of FIA technical directives at the time.

But amid a 2021 season that has been dogged by the exact same kind of technical directives that dealt with the Ferrari engine matter, Binotto has queried why a number of FIA interventions this year have not delivered anywhere near the kind of "attack" that his squad faced two years ago.

Asked if he saw a big contrast between how the Ferrari and Mercedes technical sagas have played out, Binotto said: “Without getting to the topic of the Mercedes engine, I would prefer to touch on other topics that are well known: flexible wings, and the management of tyre pressures which required technical guidelines.

“The FIA measures [technical directives] were necessary because there were those who had a different interpretation to the principles of the regulation. And all of this is no different from what happened in 2019.

“Why are there differences in attitude? Perhaps then we were too exposed to the media and suffered an attack from our competitors. But that is now a thing of the past.

“I think that getting to the kind of tone used in 2019 is still wrong. But I think it is important to underline that what happened then is no different from what is happening now, and has always happened in Formula 1.”

Binotto said that Ferrari had not lodged any of its own questions with the FIA regarding the Mercedes system, but confirmed he had spoken to Red Bull boss Christian Horner over the matter.

Asked if Ferrari was involved in any FIA action, Binotto said: “No, we didn't, even though like all teams and all manufacturers, we try to understand what our rivals are doing; we analyse the images and look at the GPS data.

“We had some doubts and we discussed them with Red Bull. I personally spoke to Christian Horner, but we did not submit any clarification questions to the FIA.”