After taking the championship fight to Lewis Hamilton and Mercedes for most of the year, Vettel fell out of title contention with a string of problems across consecutive race weekends in Singapore, Malaysia and Japan.

He finally had to cede the championship to Hamilton in Mexico, although ended a seven-race winless run at the penultimate race in Brazil.

Asked if Ferrari had tried anything for 2018 in Abu Dhabi practice on Friday, Vettel said: "We try stuff all the time to improve the car, not specifically for next year, but everything we tried the last two weeks is for next year.

"The mindset is that we are already in next year.

"We try our best, but in our heads I think we are already thinking about next year's car."

Vettel was quickest in the opening practice session at the Yas Marina circuit, then finished 0.149s slower than Hamilton in FP2.

"I was very happy with the lap," he said. "Maybe the last sector, there was a bit more. Overall it was OK.

"If I can behave in the last sector, there should be some more time there."

Hamilton 'running out of steam'

Mercedes continued its own evaluations for the 2018 season in the opening session in Abu Dhabi, with Valtteri Bottas running "different kinds of mechanical and especially aero tests". 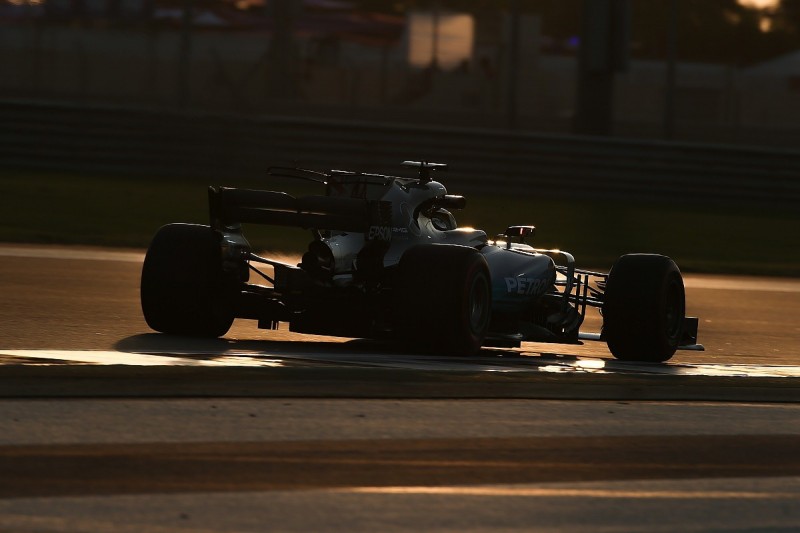 Hamilton said he was happy to see the back of the final Friday of the season but had a "burning desire" to win the season finale.

"It's just been a long year," said Hamilton. "It feels like it's gone on forever.

"I'm kind of running out of steam towards the end of the year, but it's been a good day.

"There's no need to let off, and there's still a lot to gain and a lot to achieve in winning this race."

In 2015 Hamilton secured the championship at the United States GP in October, and was then defeated by Mercedes team-mate Nico Rosberg in the season's last three races.

He said prior to Brazil he wanted to avoid a repeat of that before charging from the pitlane to fourth at Interlagos, and reiterated the importance of ending strongly in Abu Dhabi.

"Ultimately when you finish off strong it makes it easier to start strong the following season so that's really my goal," he said.

"We've worked so hard that as a team we deserve to finish with a strong race."