McLaren was dogged by reliability issues during pre-season testing at Barcelona, with its running largely compromised by problems with Honda's 2017-specification engine.

Alonso then completed a trouble-free first day of practice ahead of the Australian Grand Prix, ending the second session 12th.

Honda revealed on Friday it was working on a substantially updated version of its engine, but Alonso said it and McLaren's recovery efforts would not be adequate unless the result was a significant improvement on 2016 form.

"Everybody is working day and night to improve the situation," said Alonso.

"We brought a lot of new parts for the car here.

"But there's rule changes, a golden chance to catch Mercedes.

"It's the third year in terms of the engine project, so we have to be much higher up.

"Last year we were fighting for Q3 more or less regularly.

"In 50% of the races we made it and in the other 50% we were very close, so not being in the top five or six this year is not a reaction at all." 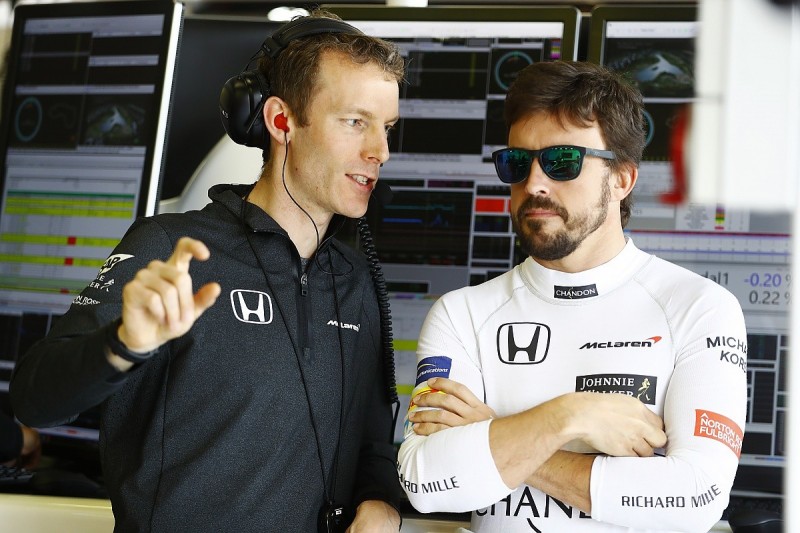 Alonso completed a total of 37 laps across Friday's two practice sessions, and though his fastest lap was 2.380 seconds slower than pacesetter Lewis Hamilton's, it was still a stronger showing that many expected following McLaren's troubled pre-season.

But while Alonso stressed that McLaren-Honda's winter had been "very poor", he said the team's problems had been exaggerated.

"We had a very poor pre-season without a lot of running, so we are missing a lot to extract and learn from the car," he added.

"But from the Barcelona test until we put the car on track today the problems have been exaggerated, especially from the outside.

"It's very juicy to say that McLaren-Honda would be last, that it would not run, that the odds were high both our cars would retire on the opening lap and all those silly things that keep coming up every day.

"But when you are on track, you try to do your job.

"Teams try to improve every day and every week and hopefully we have found a bit more reliability that helps us extract more potential."