The matter was raised during the drivers' briefing on Friday ahead of the Malaysian Grand Prix given what appeared to be inconsistencies in decisions over incidents involving Nico Rosberg in Hungary and Sergio Perez in Singapore.

FIA Formula 1 director Charlie Whiting clarified that matter, stating Rosberg - who did not get a penalty in Hungary - was a single-yellow situation, while Perez definitely failed to slow, and overtook under double yellows, earning an eight-place grid penalty.

Williams performance chief Rob Smedley said: "We're all really happy with that. It was absolutely the right thing.

"We all want to go quick, but safety has to be paramount, for the drivers, team personnel, people in the pitlane, and for the marshals who work voluntarily over a weekend.

"With token lift in the straight, as you go barreling into a corner you don't know whether there is a marshal clearing a car, and you shouldn't pretend you do know.

"The best thing to do is when there are double-waved yellows, you lift, abort the lap and trundle back to the pits.

"There is no ambiguity to that, that you need this lift for 10 nanoseconds, or whatever it is, and then you are back on it, because it is unsafe."

Perez added: "We had new learning because of me. I was the one who lost out last weekend. 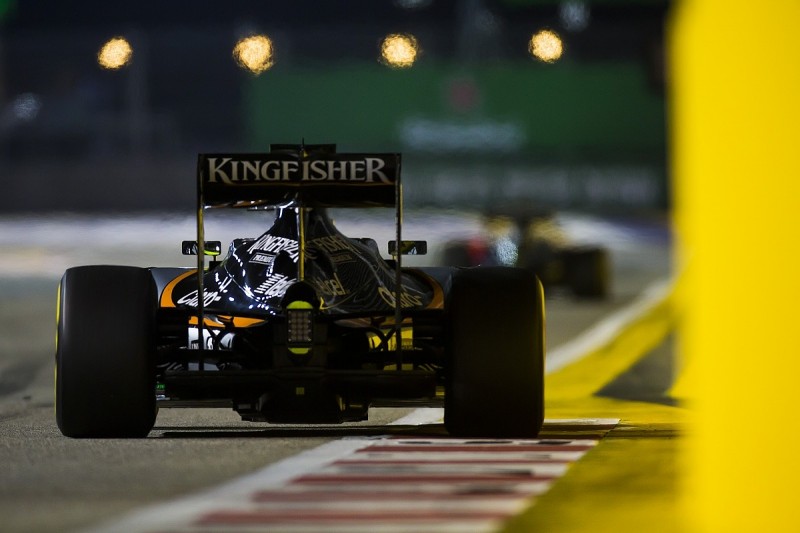 "Now if we see a double-waved yellow we just abort the lap.

"It will avoid a lot of inconsistency with stewards making decisions."

Williams driver Felipe Massa revealed the decision was taken via a consensus of opinion between the drivers and Whiting.

"Charlie explained what happened in the last race because Perez was unhappy about his penalty," said Massa.

"Charlie said 'You can be unhappy, but it was a double-yellow flag and you overtook a car'.

"Perez said the car was very slow, but Charlie said he could not pass, only if the car had a puncture or a problem or goes off track.

"Now it's the same for everybody.

"It's always difficult to be fair with everyone depending on which part of the lap you are on when you get the yellow flags in front of you or not.