Vettel had to settle for second best behind Lewis Hamilton after the two 90-minute sessions at Barcelona's Circuit de Catalunya, finishing four tenths of a second adrift of the reigning champion in his Mercedes.

Despite Ferrari bolting on a number of upgraded parts to their car, the fact Vettel still found himself considerably shy of Hamilton's pace is a concern for the German.

The four-times champion said: "We can improve the car, yes.

"Although the gap was around four tenths, it was a bit more if you look at the whole day.

"I haven't seen the long runs, but I guess the gap is still there. That's the bad news for us."

HAMILTON 'IN THE DARK'

Hamilton finished with a time of 1m26.852s, yet despite the cushion to Vettel he was far from happy, primarily due to the windy conditions.

"The wind made a big difference, it was very inconsistent throughout the lap," said Hamilton. 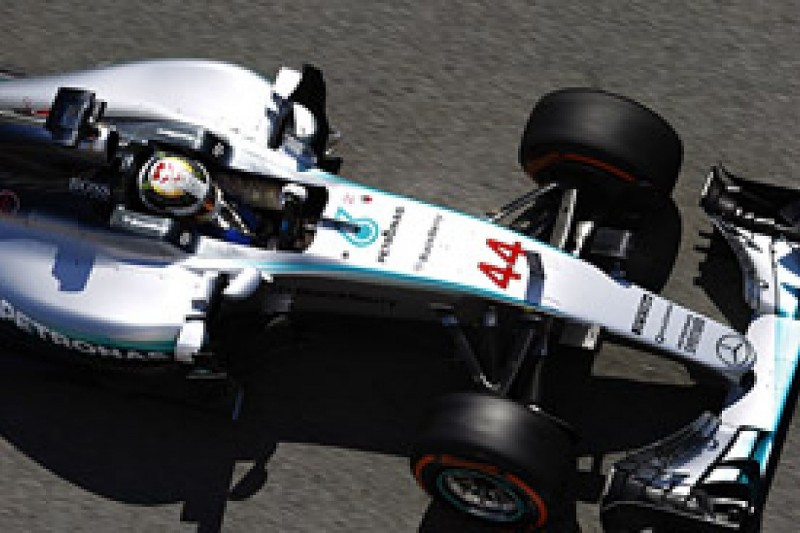 "It is so up and down. In some places you get gusts, others not, sometimes there is understeer, sometimes oversteer.

"Sometimes it's fine, perfect, and then the next lap is different. That makes it very difficult to pinpoint the set up.

"This weekend I don't feel spectacular in the car. The balance is up and down all the time, so it's very difficult to understand it, to really feel like you're moving forwards.

"It's changing all the time, and I'm kind of driving in the dark at the moment in terms of which way to go with the set up, but we'll find a way."

Team-mate Nico Rosberg finished almost three quarters of a second off the pace in third, with Ferrari's Kimi Raikkonen fourth quickest, but almost a second down.

Rosberg, in particular, feels he needs to address his qualifying pace as he said: "On one lap I still have a bit of work to do to find some more speed.

"On track it was quite a difficult day for everyone, I think. The conditions were really strange and the track was very poor.

"I don't really know why, but hopefully it will be more predictable for qualifying and the race."

Raikkonen, meanwhile, conceded to enduring "quite a strange day", and like Hamilton he has issues with his car he is unsure at present how to correct.

"I don't know if it was the wind conditions or the circuit, but we have a lot of work to do," said Raikkonen.

"It's not too bad on laptime, but I couldn't put the lap together because it just didn't feel very nice at all.

"We have to see what we can do because the feeling was not good."

Spanish GP: Jenson Button says McLaren has work to do in every area

F1 bosses warned of risks of rules overhaul for 2017 season