The competitive prospects of BAR-Honda were bleak in the early 2000s as the team began to plateau in Formula 1's midfield, but Olivier Panis looks back fondly at the period for the time he spent with his favourite team-mate - Jacques Villeneuve

When Olivier Panis left his role as test driver for McLaren to get back into a Formula 1 race seat at British American Racing for 2001, he knew what he was letting himself in for. His new team-mate Jacques Villeneuve had made a point of psychologically destroying his previous two stablemates in Heinz-Harald Frentzen and Ricardo Zonta, and the 1997 world champion's position as a BAR shareholder made him the unquestioned number one.

Yet 1996 Monaco Grand Prix winner Panis remembers his two years alongside Villeneuve fondly, and cites the Canadian as his favourite team-mate from a long career in which he also partnered Martin Brundle, Jarno Trulli and Cristiano da Matta.

“I knew him a bit from the past,” says Panis, who almost beat Villeneuve to win the 1997 Spanish Grand Prix while they were at Ligier and Williams respectively. “I respected Jacques a lot but, Jacques respected me a lot as well. I had already some experience and I was a winner of a grand prix and maybe this helped.”

For Panis, having a strong relationship with Villeneuve was important as they fought a losing battle to prevent BAR from plateauing in the midfield, following its encouraging improvement in 2000. He made an immediate impression on his race return in the 2001 Australian Grand Prix, only to be denied fourth by a 25-second penalty for passing Nick Heidfeld under yellow flags, then netted fourth in Brazil two races later. But while Villeneuve scored two podiums in 2001, at Barcelona and Hockenheim, both were the result of attrition as BAR slid back from fifth to sixth in the constructors’ championship.

The arrival of David Richards and Prodrive at the start of 2002 took time to yield improvement. Panis retired from each of the first seven races, five of those due to mechanical problems, and the team’s double points finish at Silverstone owed more to that day’s unpredictable weather than any marked improvement. With each bagging only one more point for sixth places at Monza (Panis) and Indianapolis (Villeneuve), BAR plunged back to eighth in the standings.

“I never put my feet on his feet and he never put his feet on my feet,” says Panis, who moved on to Toyota for 2003. “I worked really hard and I told him the truth about everything, set-up wise, the tests I did. When you tell the truth to Jacques, he does the same and we never has a problem during two years in BAR. For me, he was the perfect team-mate.” 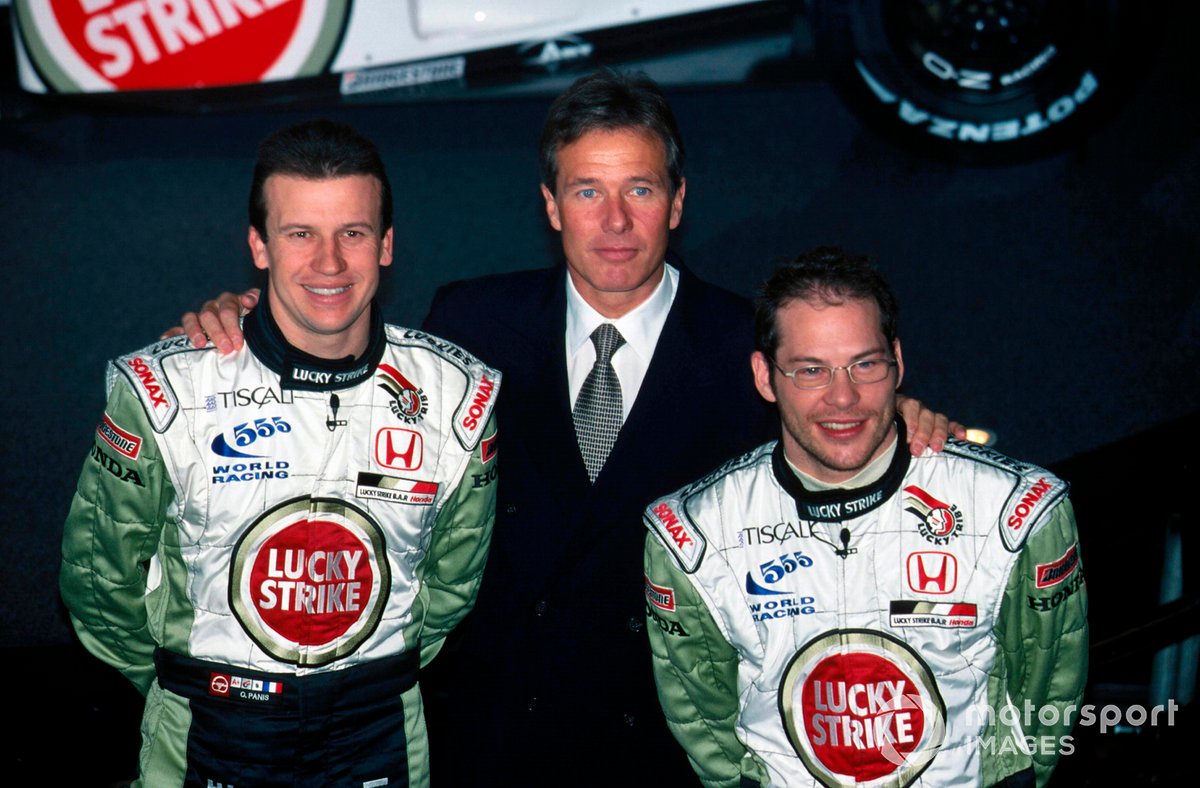 Panis says he and Villeneuve respected each other, which smoothed his arrival at BAR

Despite his team-mate’s status, Panis says Villeneuve - who will race in this weekend's Daytona 500, aged 50 - always had the bigger picture in mind.

“When we have an order of the team to let him past because he’s quicker to me, the reverse he was doing all the time the same,” Panis remembers. “And because we do it like this, it was working very well and we’re still very good friends now. I know he’s not an easy person, he has a character maybe a bit strong, but me too!”

PLUS: The F1 rebel who defied Schumacher and won Williams’ last title

“One day in Japan, his computer was just stopped and not working anymore,” says Panis, “and he called me at midnight of the night and he said, ‘Olivier, you need to come up to my room because I have a big problem’. I was scared because I thought it was maybe a physical problem, but no – it was the laptop! The day after we travelled for all Tokyo to find a laptop to play this game the night after.”

It took until 2004, after Panis had left for Toyota, for BAR to become a regular podium finisher with Jenson Button, until 2006 to become a winner - now under Honda ownership - and another three seasons after that to win the title under its Brawn guise in 2009. Panis takes pride in his small part he played the growth of the team now known as Mercedes.

“For sure the results were hard [to come by],” says Panis, who after his F1 career concluded went on to face in sportscars and won the 2011 Sebring 12 Hours. “But when you decide to sign for a team, even if it’s difficult, you need just to do the job, don’t complain and push hard. And this is what we are doing with Jacques.

“All the time when we scored points or made a good result, we were very happy for each other. And in the end, the job we made means the team continued to grow up and improve. I don’t say [Brawn’s later success] is because we do the job, but we’re part of this.” 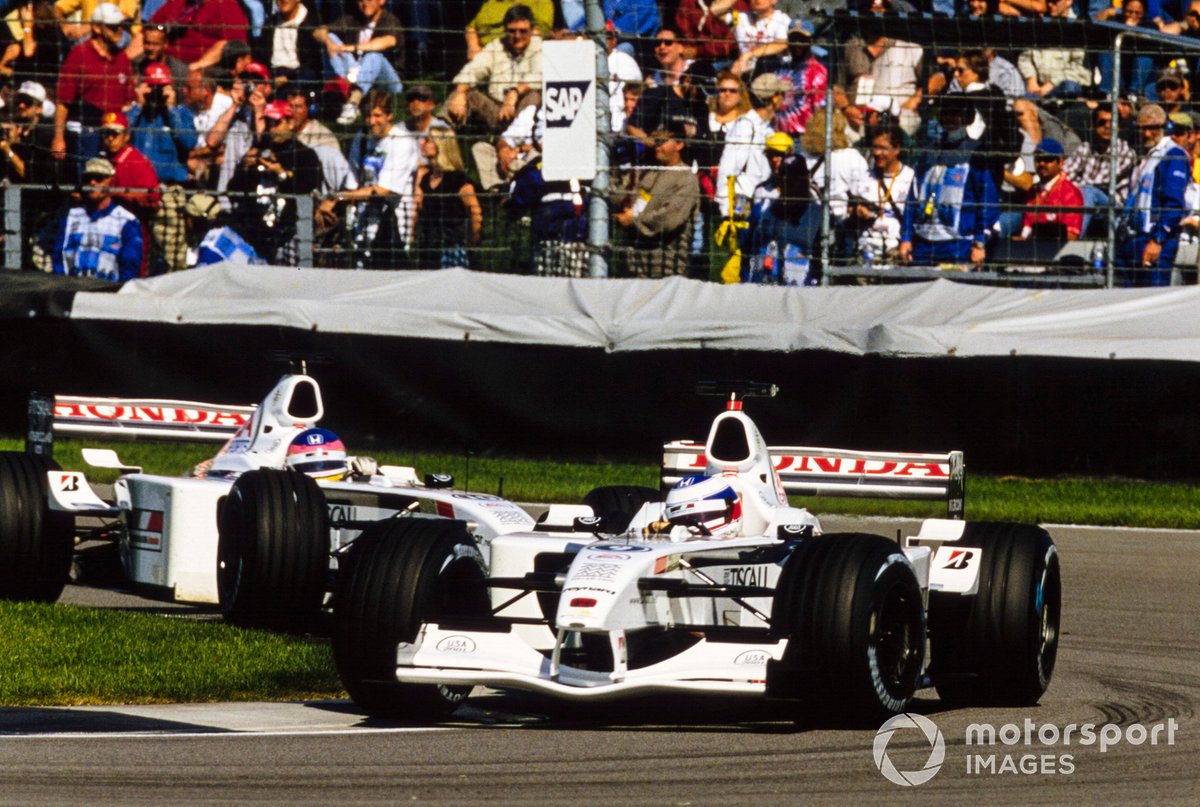 Results were scarce for BAR during Panis's tenure, but he enjoyed working with Villeneuve