Ferrari driver Charles Leclerc set the fastest time during Dutch Grand Prix practice at Zandvoort on Friday, round 15 of the 2022 Formula 1 world championship.

After George Russell’s Mercedes set the pace in FP1, heading a Mercedes 1-2, Ferrari rebounded to lock out the top two positions in FP2 as Leclerc clocked the fastest time of the day at 1m12.345s to pip team-mate Carlos Sainz by 0.004s.

Max Verstappen only managed the eighth-fastest time in FP2 after a gearbox problem ended his FP1 session prematurely.

Verstappen caused a red flag in the early stages when his Red Bull ground to a halt with a gearbox problem that put him out of the session after just a handful of laps on hard compound tyres.

Mercedes ran longer on hards early on, so the track grip had evolved further by the time they switched to softs. Russell went to the top of the times on 1m12.455s with 13 minutes to go, with Hamilton taking P2, 0.240s in arrears of his team-mate.

Sainz was third, ahead of the McLarens of Norris and Daniel Ricciardo (who took a trip through the gravel at Turn 11). Leclerc was sixth, ahead of Perez – who suffered a grassy off but continued. 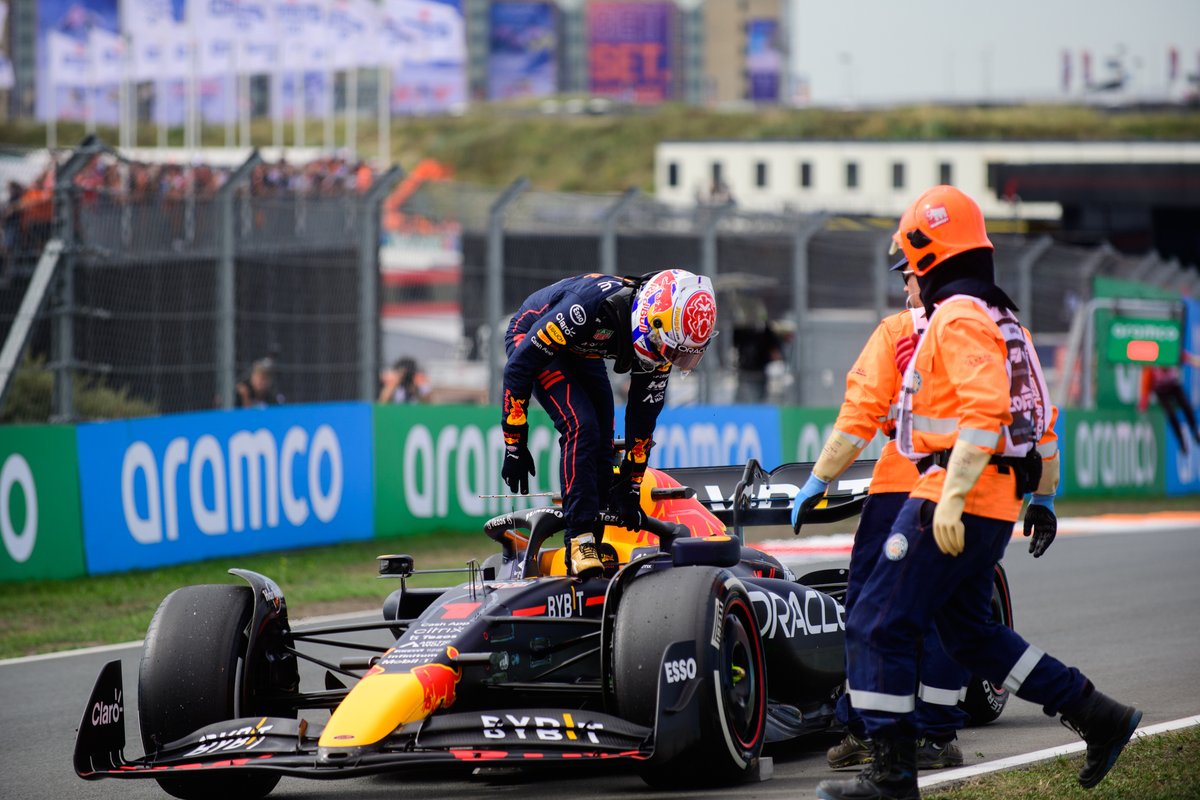 Verstappen employed his hitherto unused softs in the early going, setting the bar at 1m13.465s. That was 0.079s faster than Sainz on mediums.

Sainz then went faster on 1m13.412s, Leclerc getting within 0.025s, as Verstappen got mired in traffic on his second push lap.

Sainz switched to softs and lowered his P1 time to 1m12.349s, 0.068s clear of Hamilton, with Russell three tenths further back. Leclerc ran later, and pipped Sainz by 0.004s.

Hamilton was third ahead of Norris and Russell. Verstappen could only manage eighth, seven tenths off the pace.

Yuki Tsunoda caused a red flag with 12 minutes to go when he beached his AlphaTauri. 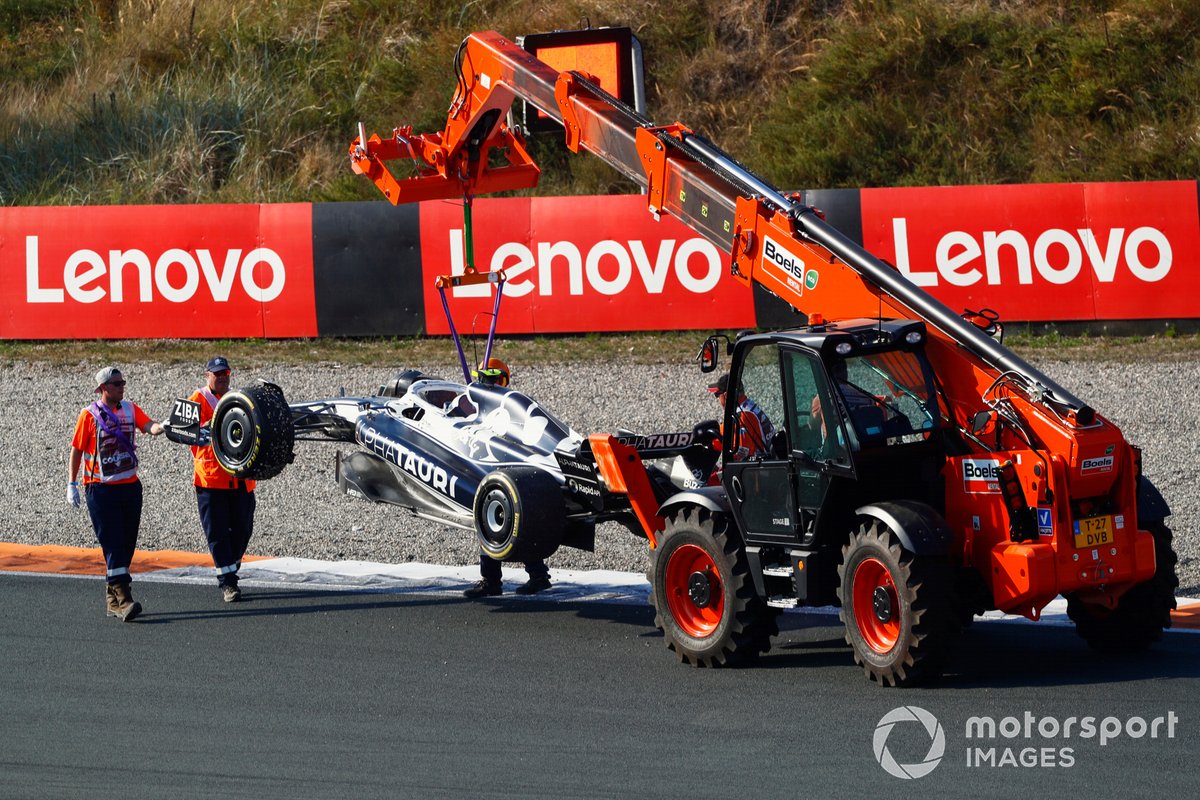 Marshals remove the car of Yuki Tsunoda, AlphaTauri AT03, from the gravel