Charles Leclerc will start from pole position for the Formula 1 French Grand Prix after topping qualifying. Here's how and when you can watch the race.

The Ferrari driver stormed to pole at Paul Ricard on Saturday after taking profit of a strategy to use team-mate Carlos Sainz as a tow along the back straight in Q3.

With Sainz starting at the back of the grid due to a change in power unit components, Ferrari pre-weekend planned for him to get through to Q3 to help Leclerc in his battle for pole against Red Bull's Max Verstappen.

Though Ferrari got the tactic wrong on its first Q3 run, it nailed it next time around for Leclerc to take pole.

Verstappen, who is hopeful Red Bull's straightline advantage can help it battle Leclerc for victory on Sunday, will start from second with team-mate Sergio Perez third.

Lewis Hamilton will start fourth, but admits Mercedes' current form means a first win of 2022 is still a long way off. Lando Norris split the Mercedes duo in fifth, with George Russell sixth.

The top 10 was completed by Fernando Alonso, Yuki Tsunoda, Daniel Ricciardo and Esteban Ocon - the latter two promoted by the back-of-the-grid starts for Sainz and Kevin Magnussen, who were ninth and 10th having set no times in Q3. 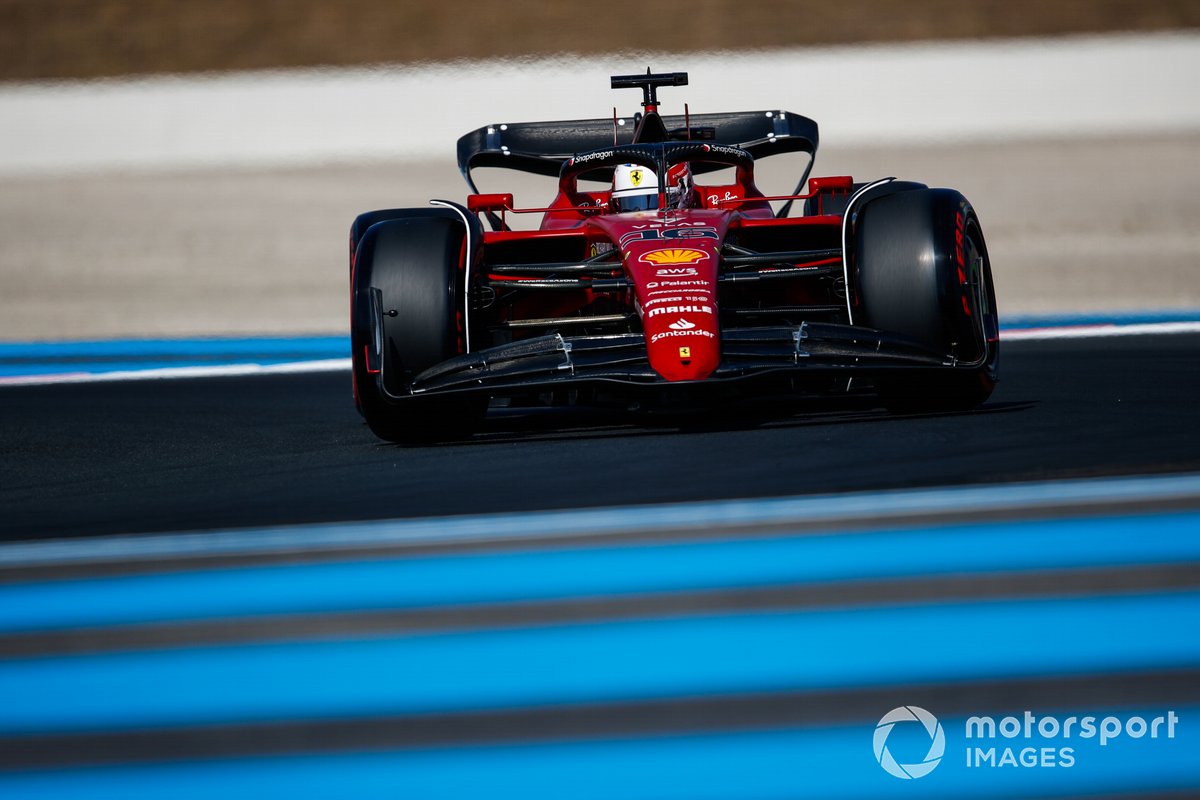 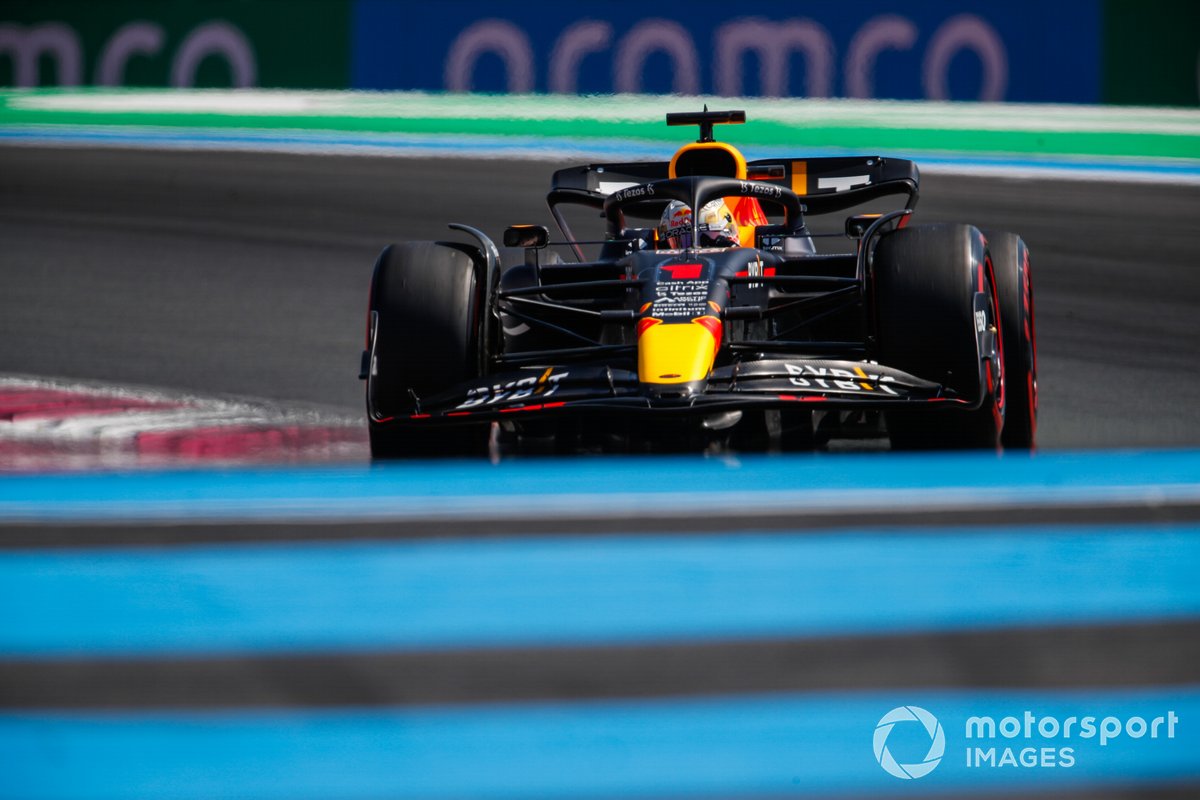 How can I watch the F1 French GP?

Autosport will be running a live text coverage of the French GP here.

In the United Kingdom Channel 4 is broadcasting highlights of the French GP at 6:30pm BST on Sunday evening. The full programme will run for two-and-a-half hours, covering the pre-race, the race highlights and the initial post-race reaction to wrap up the major talking points of the race weekend. 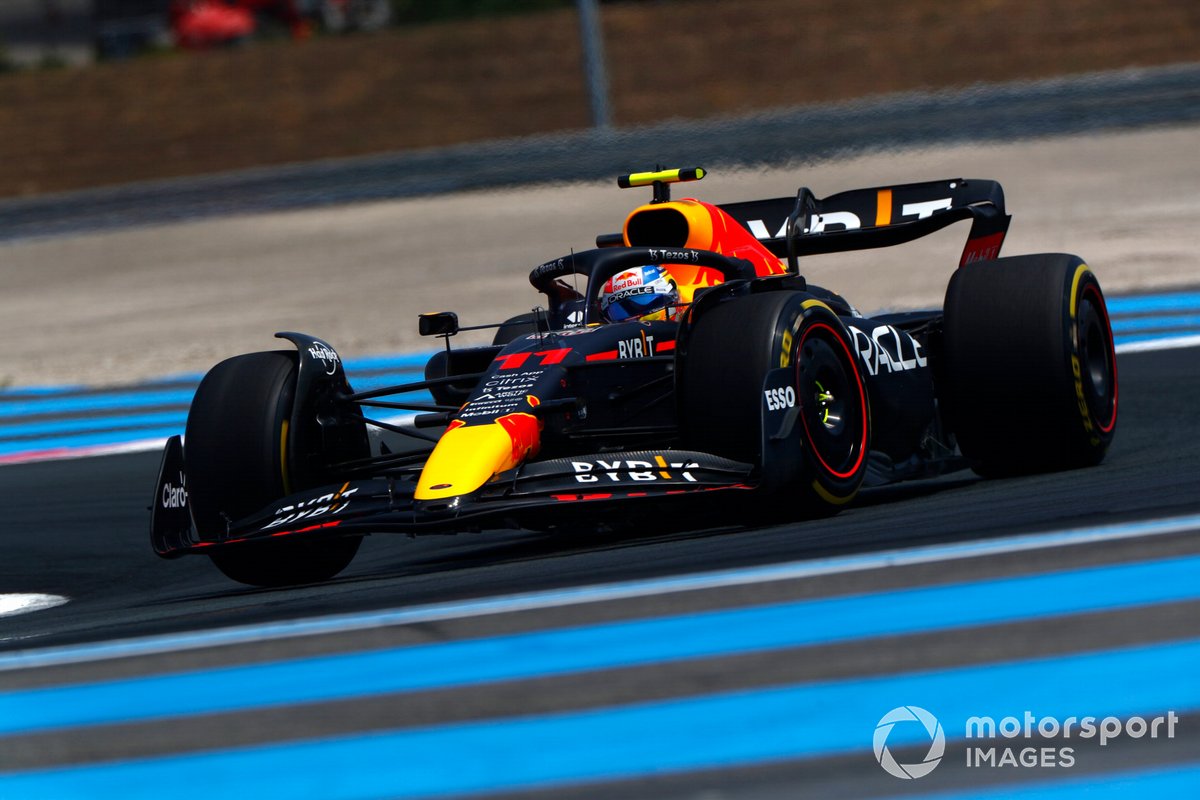 Live coverage of the French GP will start at 2:00pm BST on the BBC Sport website and on the BBC Sounds app.

Current weather forecasts predict hot and sunny conditions at Circuit Paul Ricard in Le Castellet, with a low chance of rain. The temperature is expected to be 33 degrees Celsius for the start of the race, 12 degrees warmer than the Austrian GP last time out.

How many laps is the F1 French GP?

The race is scheduled to complete 53 laps at Circuit Paul Ricard, covering a total race distance of 309.690km.