Sergio Perez completed the top three in the second Red Bull as Sainz’s running on used tyres meant he qualified ninth but will drop to the back of the grid thanks to Ferrari fitting a fresh engine for this event after his Austria DNF.

Leclerc led after the first runs in Q3, but only by 0.008 seconds over Verstappen as the two Ferraris ran line astern to try and negate Red Bull’s top speed advantage with its potent Honda engine and lower-drag rear wing.

On the second runs, Sainz again ran ahead of Leclerc in the pack – the latter dropping back ahead of the final corners on their outlaps to avoid dirty air from his team-mate disrupting his progress through the opening turns.

But, as he had done on the first Q3 fliers, Sainz slowed exiting the chicane midway down the Mistral straight and then towed his team-mate down the rest of the straight, through the rapid Signes right before pulling over just before Le Beausset.

Leclerc then rocketed to the fastest time in the third sector, having already beaten his previous session-leading time in sector one, to put in a 1m30.872s.

That ended up being 0.304s clear of Verstappen after the world champion could not reproduce his best times in the opening two sectors. 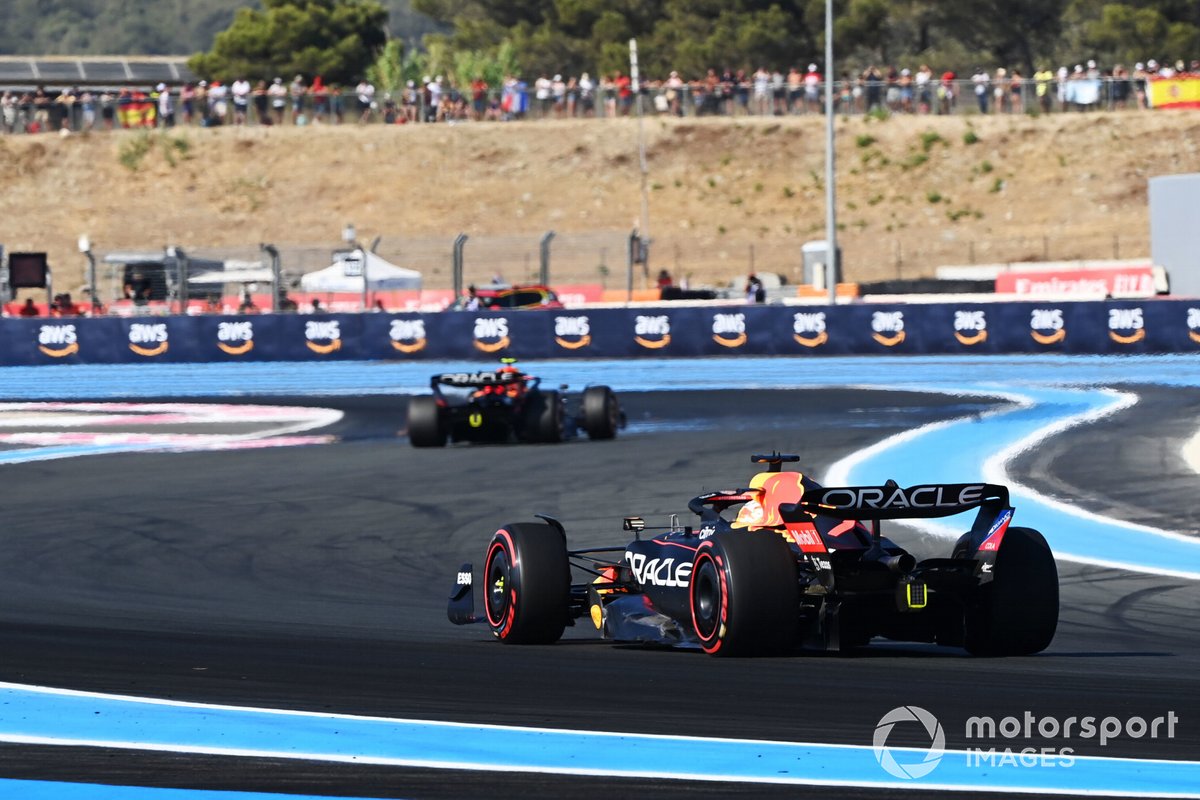 Behind Perez came Lewis Hamilton and Lando Norris, with George Russell sixth in the second Mercedes.

Then came Fernando Alonso and Yuki Tsunoda, with Sainz finishing ahead of Kevin Magnussen, who did not run in Q3 as he too will drop to the back of the grid having also taken a new engine this weekend.

In Q2, topped by Sainz with a 1m31.081s, Daniel Ricciardo’s personal best at the last was not enough to get into the top 10, with all of the eliminated drivers doing likewise having run ahead of the Australian, who was the last to cross the line.

Esteban Ocon had led the pack around for the final laps and did leap up the order having been in the drop zone after the first Q2 runs, but he was shuffled back to 12th ahead of Valtteri Bottas and Sebastian Vettel.

Alex Albon finished 15th for Williams – having got through to Q2 after Mick Schumacher lost his final Q1 lap to a track-limits violation.

Albon had been unable to set a final Q1 time after he lost the rear of his car exiting the Turn 8 part of the chicane that breaks up the Mistral straight and spun.

In Q1, which Leclerc topped with the fastest lap of the weekend at that stage on his first flier, Pierre Gasly was knocked out in 16th ahead of Lance Stroll, who set an identical lap time right at the end of the segment but lost out because he did it second, the Aston Martin driver ruing catching traffic in the final turns. 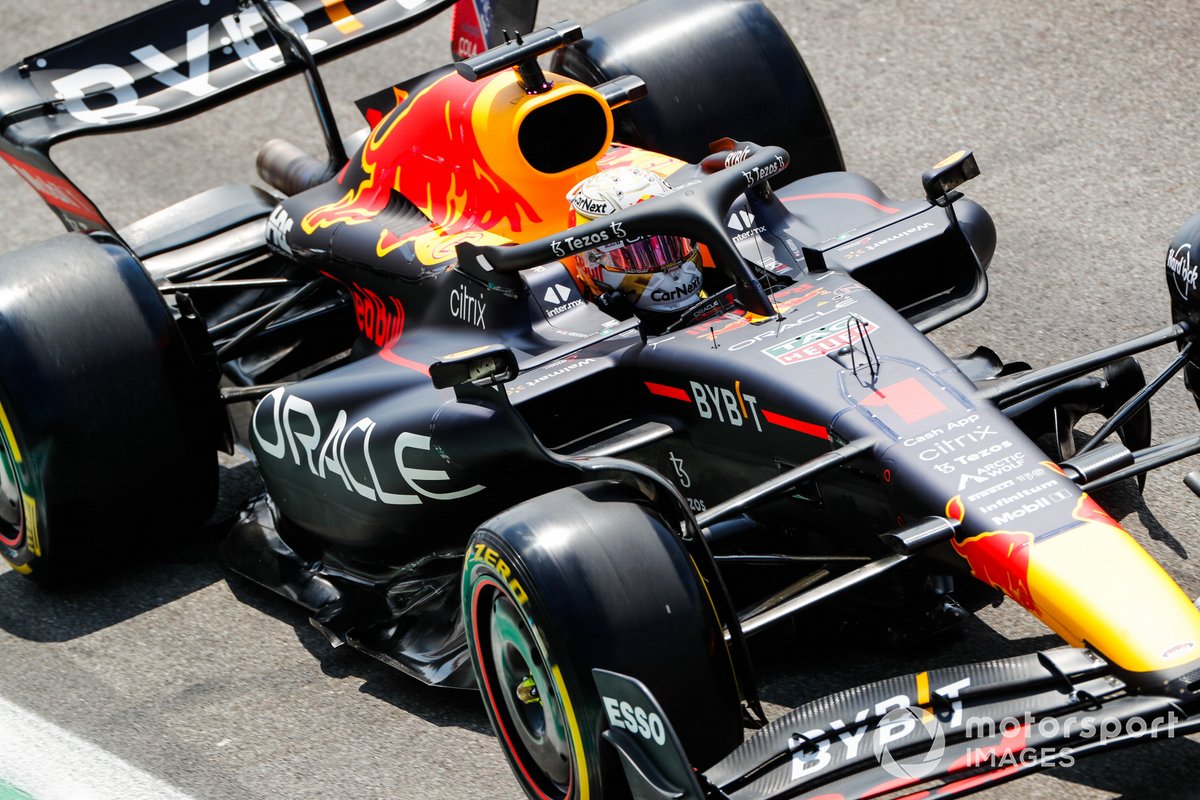 Zhou Guanyu ended up 18th having led the pack to the chequered flag, but failed to set a personal best on his final lap after catching a wild oversteer snap through the long, fast Turn 6 right that feeds in the Turn 7 kink on the Mistral straight.

Zhou said he “nearly spun” catching the moment, with his previous personal best good enough for 18th ahead of Schumacher and Nicholas Latifi, who both set their quickest times at the end of Q1.

Schumacher’s 1m33.114s jumped him up the order and put Albon temporarily into 16th, but running too far over the white line on the inside of Turn 3 meant his effort was deleted and he had to exit the session despite Haas’s protestations about the marginal call with the FIA.

Ricciardo and Tsunoda also had their final Q1 laps deleted for track-limits infractions at Turns 6 and 3 respectively, but their previous best times were enough to see them through.