Daniil Kvyat says he needs an answer on his Formula 1 future from Red Bull as soon as possible, following Christian Horner's suggestion that he will be retained

Red Bull team boss Horner said at last weekend's Austrian Grand Prix that while the option on Kvyat's contract for 2018 has not been taken up yet, he "cannot see a scenario where it won't be".

Speaking at Silverstone this weekend, Kvyat said he was pleased to hear that from Horner, but he was keen to get formal confirmation as well.

"Small thanks to Christian for the kind words, I appreciate that," said Kvyat.

"I think our common trust between me and Red Bull is growing back to the good level, so I don't see any reason why I wouldn't want to collaborate.

"Also if that is planned, I need the answer as soon as possible because it's now getting to the part of the season where you want to know your future.

"I'm not the guy who's giving any deadlines, it's in their hands, their decision, so why would I force it?

"They always know that the better you are settled with your future, the more you can stay focused on your actual job so that's what I hope for.

"Red Bull has been taking care of me for the last seven, eight years and this year it continues like that.

"Whatever they decide, I will take their decision.

"I want to give more to this team because I'm part of this project and I would like to see what it will bring in the future." 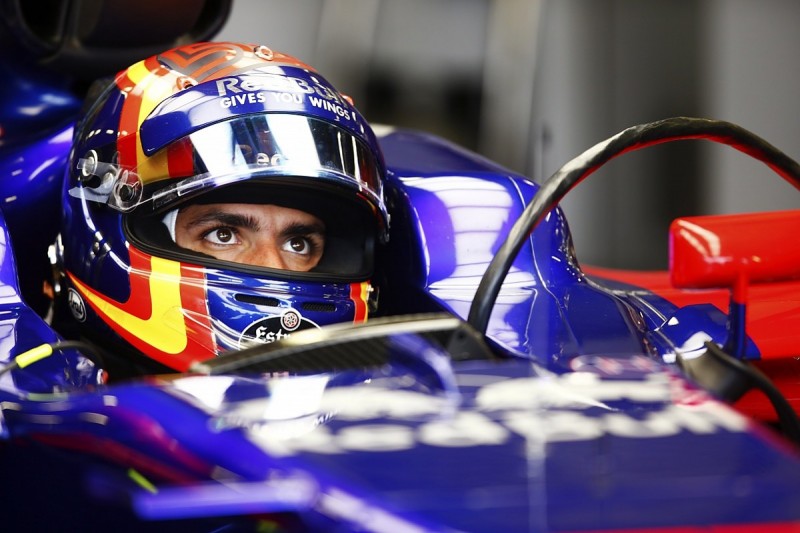 Horner also said in Austria that Red Bull had already taken up its option on Kvyat's team-mate Carlos Sainz Jr, who caused a stir when he claimed he was unlikely to stay at Toro Rosso for a fourth year.

Sainz said he has since clarified the situation with Horner and Red Bull advisor Helmut Marko, and he is looking forward to a fourth year with the team in 2018.

"People try to say it's bad news but I prefer to look at it positively," said Sainz.

"If I get renewed in June or July then I'm doing a good job - normally that doesn't happen.

"A fourth year in F1 means more experience, I am a more complete driver and I will be even more ready for the next step.

"Toro Rosso is definitely looking for some stability after a few years of changes.

"People are working extremely hard to get into the top five in the constructors' championship, and they believe the best way to do it is to keep stability on the driver side.

"Now the team is a lot more focused on the pure performance of the car because there are not so many things to explain to the drivers - we have the experience now."