Mercedes has faith that there will be no repeat of the gearbox problems that have hit its cars in recent races, because it has now reverted to a safer older specification

Hamilton and Bottas picked up damage to their gearboxes at the Azerbaijan Grand Prix as the result of an aggressive strategy that Mercedes adopted with its seamless shift settings for the Baku race.

That prompted Mercedes to change Hamilton's gearbox in Austria and switch Bottas over this weekend in Britain, with both having to serve grid penalties as a result.

However, Mercedes boss Toto Wolff says the team fully understands what it did wrong in Azerbaijan and that going back to older settings should ensure no further problems for the remainder of the campaign.

"We are trying to push every area, and extract performance wherever we are, and sometimes you go one step too far," he said.

"We have damaged both gearboxes in Baku and we hoped to survive with Valtteri's gearbox until after Budapest. But we didn't want to take the risk.

"That is why both gearboxes have been changed back to the safe spec, and we shouldn't be having these problems any more.

"This is the new reality, you need to not leave any stone unturned in order to find performance."

Wolff said that the team only discovered it had hit trouble following post-race inspections from Baku. 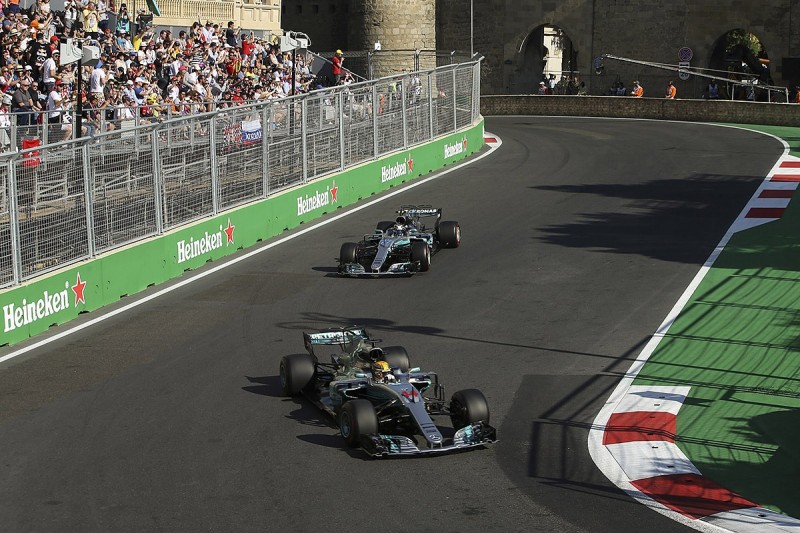 "In Baku we didn't recognise the problem yet," he said. "It was good that we finished the race there.

"Obviously it was not a great day overall, and with Lewis it was clear that the gearbox wouldn't survive Austria.

"With Valtteri, our damage matrix showed us that we needed to wait until after Austria in order to judge whether we were able to go until after Budapest or exchange it early.

Although the settings approach in Baku was aimed at improving performance, Wolff said that ultimately there was little time benefit from the change.

"Unfortunately gearboxes are quite a mature area," he said.

"There is not a lot of performance you can extract, so they are not a big performance differentiator.

"Nevertheless we have tried it in order to maximise it but it is not that you would really see it on the stopwatch."