Although Malaysian GP winner Sebastian Vettel had appeared capable of threatening Lewis Hamilton and Nico Rosberg at times at Shanghai, in the end he was unable to do any better than third.

But despite the event not being good for Ferrari as Malaysia, team principal Maurizio Arrivabene said that his outfit had gone into the race fully expecting Mercedes to dominate.

"After Malaysia was a big, big happiness for all of us, and here we were expecting exactly what's happened," he explained.

"Here, for us, it was not new news that Mercedes was very strong.

"Our strategy was to be near them as much as possible, to take advantages of any mistakes.

"So it's happened exactly as we have in mind, so I think we have achieved our objective."

Arrivabene said that it was clear from Friday that Ferrari did not have the long-run advantage that had helped it triumph at Sepang.

"You saw on Friday when we tried the long run we were quite sure about the performance of the car," he said.

"So in the first part we were attacking, in the second part we were defending, but that was a simple, straightforward strategy."

Vettel said that putting Mercedes under pressure, in the hope of it making a mistake, was the best that his outfit could do.

"We tried everything we could today," he said. "I think it was very close, especially the first pitstop. 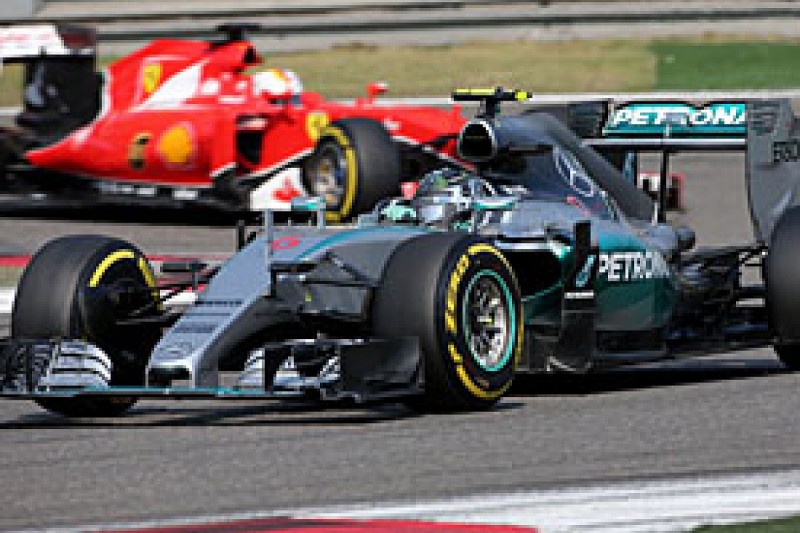 "I didn't expect it to maybe be that close, so maybe I should have pushed a bit harder on the out-lap.

"Obviously it's tricky here because you always try to look after the tyres but all-in-all I think it was a very good race for us.

"We were really able to put some pressure on them again, especially in the beginning of the race.

"Towards the end I think they were just too quick. They were pulling away.

"Nico had a sequence of really, really quick laptimes so we couldn't do that.

"But being closer here, and in front of the other teams, is great for us.

"If we keep doing that, and keep getting closer, obviously there's a point where we are some real challenge for these guys, which I'm looking forward to."