Earlier this year, the Spaniard signed a new deal to stay at Toro Rosso in 2017, but Daniel Ricciardo and Max Verstappen have contracts with the senior outfit that run up until the end of 2018.

"Unfortunately for me, they look pretty happy with the pair they have," said Sainz.

"It's good to have a third driver like me waiting there in case something happens, but I cannot spend my whole life being the just in case option for Red Bull.

"They understand this and I'm convinced they know, that's why next year is an important year for me to hopefully create a good base and move up if Red Bull is willing to take me.

"It would be a great pleasure, if not I'm sure they will understand I cannot spend my life being the third one."

Though Red Bull has the option as to whether or not to retain Sainz beyond next season, the Spaniard said he expected to have a say in how his future pans out.

"It depends on them if they want to exercise that option but it will also depend on me if I also want to do another year in Toro Rosso," he said.

"At the end they perfectly understand I have high targets, important targets in my mind for 2018 and it will be discussed. 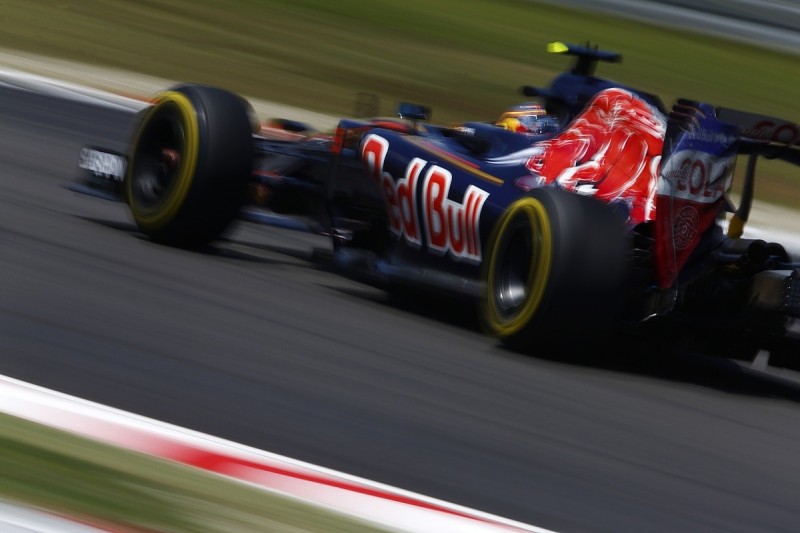 "Like everything in life, like every contract in every Formula 1 driver, yes they have an option they can execute whenever they want.

"But I will play an important role and will also decide it, it will not all be about them."

Sainz added he and Toro Rosso are pushing hard to have a strong package next year because he knows he needs strong results to impress Red Bull.

"A lot of people will be looking to take a step up and I would like to be at the top of that list."

If promotion does not come in 2018, Sainz does not think Red Bull will stand in his way if he wanted to leave.

"Red Bull is tough but they normally are fair," he said.

"So unless they said they really, really need me for a Red Bull seat, which I would be very happy with, I'm convinced they would be fair enough to find a solution."