Button annoyed by comparisons of Brawn and Mercedes F1 success

Button recently declared F1 had been let down by the lack of a challenge to Mercedes' monopoly from any of its rivals over the past two-and-a-half years.

The Briton won his world championship on the back of a crushing start to the 2009 season, winning six of the first seven races and finishing third in the other, before his results tailed off as Red Bull emerged.

Suggested to Button that Mercedes' feats are similar to Brawn, he replied: "It does actually annoy me when people make comparisons, because there is no comparison at all.

"We won quite a few races at the start of the year, but we didn't qualify on pole or on the front row on all of them - half of them we probably did.

"We raced well and we won those races, not by a big margin, and from race six onwards we didn't have the quickest car.

"They have gone three years with the quickest car, and with a big margin, so there's no comparison.

"They are doing a fantastic job; they have all the right people, the funding, and they obviously have the drivers as well. 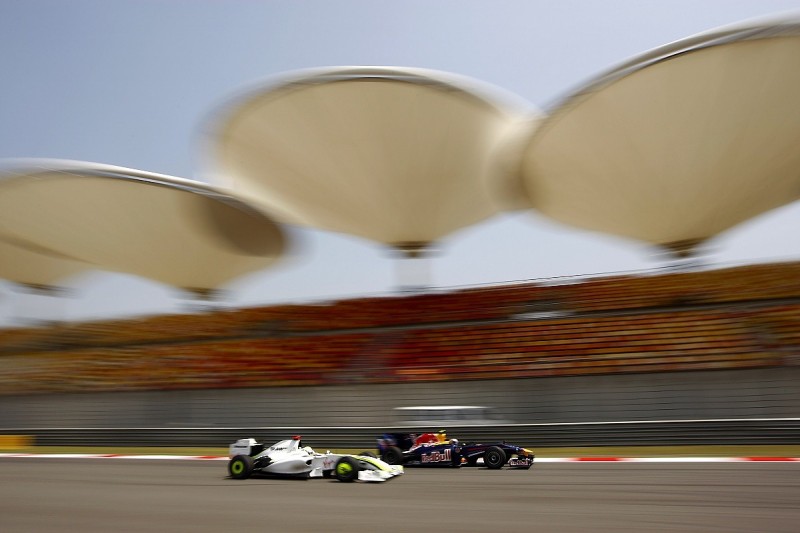 Drilling down into the numbers from 2009 and comparing them to Mercedes' output over the last 18 months, Button's point is underlined.

To do so, you take the fastest lap time set by Button/Mercedes over the course of each race weekend and convert it into a percentage of the weekend's overall fastest lap, which acts as the 100% reference point.

To put that into context, Red Bull driver Sebastian Vettel's averages were better, with 100.249% after the initial seven grands prix and 100.250% at season's end. 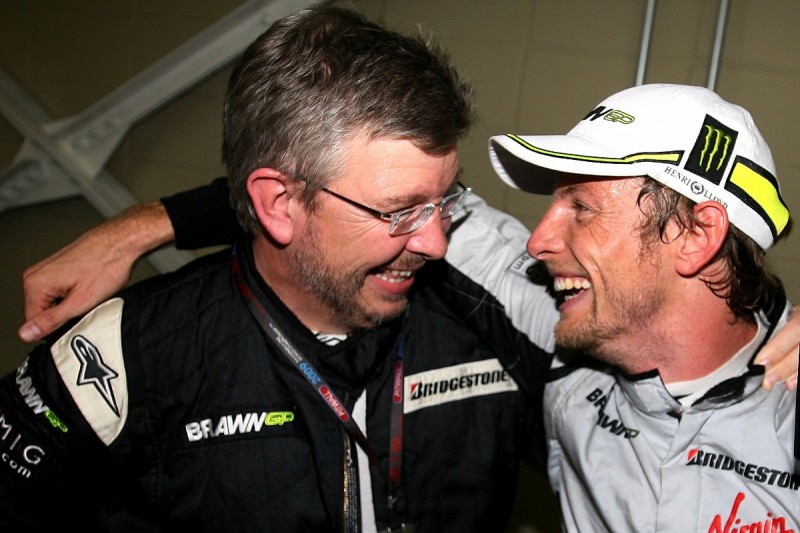 BUTTON ON THE BIG SCREEN?

With Brawn GP purchased by Mercedes at the end of 2009, Button still hails its achievements during its single season as "amazing" given the team was rescued from the ashes of Honda's exit.

"If they were going to make a movie about F1... everybody loves the story about small teams fighting it out in front and winning," said Button.

"It's such a special story. From having no team whatsoever to winning the first few races and then having some really tough races and winning at the end driving through the field, yeah, it makes it very special.

"And I have my car as well, which is pretty awesome. They built three; Ross Brawn has one, and Mercedes the other.

F1 needs to put Verstappen in his place