AlphaTauri driver Pierre Gasly has emerged as a surprise candidate for the Alpine Formula 1 team in 2023, Autosport understands.

In an even more unexpected development IndyCar star Colton Herta has been linked with a future at AlphaTauri.

Publicly Alpine team boss Otmar Szafnauer insists that the Enstone team won’t think about other drivers until the Contract Recognition Board discusses the Oscar Piastri case on Monday.

However, sources suggest that Alpine has already indicated its interest in Gasly to Red Bull.

The Frenchman was confirmed for 2023 by AlphaTauri on June 24, and thus any move to get him will have to involve a deal that will suit Red Bull, and inevitably a substantial payment.

While he is obviously regarded as a valuable member of AlphaTauri, the bigger picture is that the Faenza team is supposed to provide future drivers for Red Bull Racing.

Gasly had his chance in 2019 before being sent back to AlphaTauri, and it’s widely acknowledged in the paddock that RBR boss Christian Horner doesn’t envisage a future return for the 26-year-old to the senior outfit.

Given that scenario, Red Bull might be open to releasing Gasly if the terms of any deal were favourable, and there was momentum behind another candidate for the AlphaTauri seat that his departure it would leave vacant.

Some sources have indicated that Helmut Marko is considering Mick Schumacher, who is likely to be dropped by Haas.

A move to AlphaTauri would also mean that there was a high-profile German in the Red Bull camp ahead of Porsche’s arrival on the grid in 2026.

However, there have also been suggestions that Marko has an interest in Andretti Autosport's IndyCar frontrunner Colton Herta, who also has a McLaren contract. Intriguingly, on Saturday afternoon at Spa the Red Bull motorsport boss was seen in conversation with McLaren CEO Zak Brown.

One obvious issue is that Herta currently doesn’t have a superlicence that would allow him to race in F1 in 2023.

But if that is addressed with an exception from the FIA and McLaren releases Herta, Gasly would be free to move to Alpine, and it would in turn take some heat off McLaren in terms of the Oscar Piastri situation. 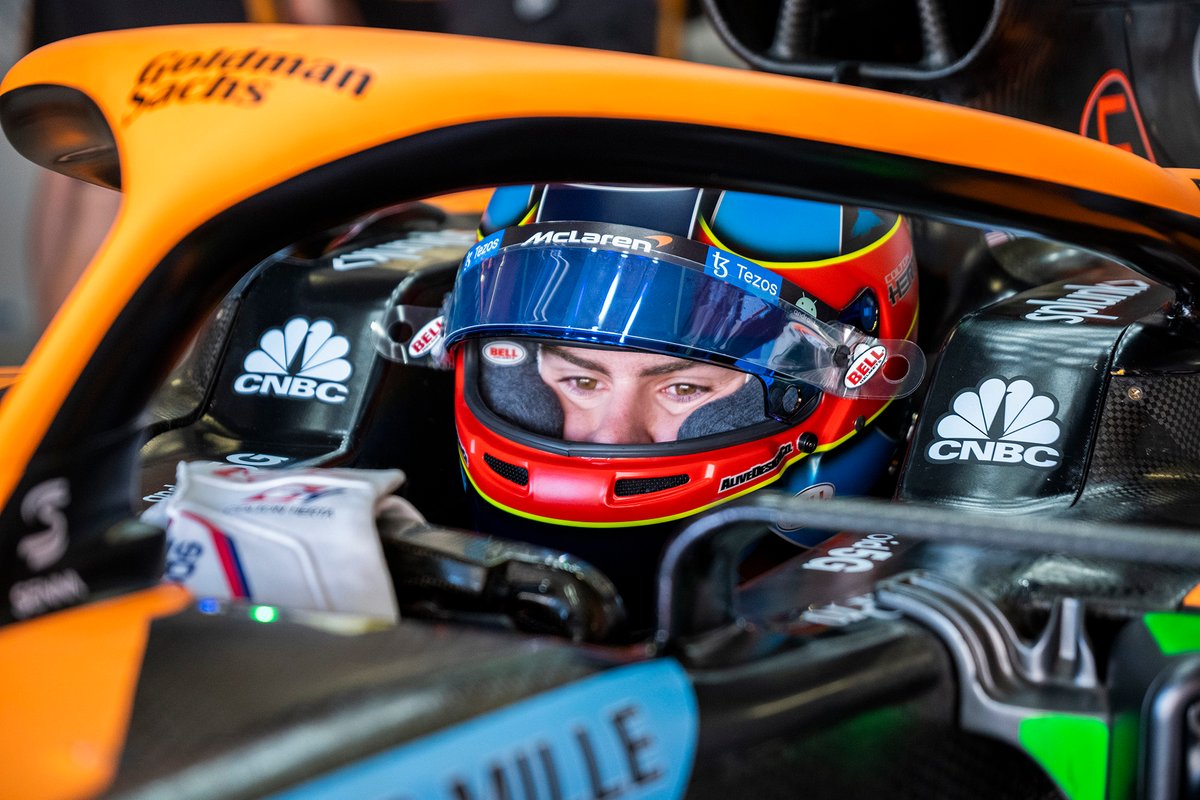 IndyCar star Colton Herta tested the 2021 McLaren MCL35M in Portimao this year as part of his deal with the Woking squad.

Even if Herta is not able to race in 2023 and Gasly remains at AlphaTauri, the American could still join the Red Bull camp in a testing role with a view to a future graduation.

One complication in any Alpine deal is that Gasly is acknowledged as having an uneasy relationship with countryman Esteban Ocon, his potential teammate.

Should both Piastri and Gasly ultimately not be available, Alpine may be short of potential candidates.

While Daniel Ricciardo is an obvious option, it’s known that the Australian upset the Renault top management when he left for McLaren after just two seasons with the team in 2019 and 2020. However, sources suggest that situation could be overcome.

Aston Martin reserve driver Nico Hulkenberg, who drove for Renault in 2018 and 2019, is another possibility. The German, who raced for Alpine boss Otmar Szafnauer at Force India, Racing Point and Aston, will be regarded as a safe pair of hands.

He would also be willing to take a one-year deal, thus potentially freeing up a seat for anyone else who might be available in 2023 – including Gasly.

Schumacher and Mercedes Formula E driver Nyck de Vries are also on the lookout for 2023 seats, while Sauber/Alfa Romeo junior Theo Pourchaire could also be an outside bet, and give Alpine a chance to bring on another young Frenchman alongside Esteban Ocon.

Ocon noted on Thursday in Spa that he would be happy with any teammate.

"I mean, it doesn't matter in the end who's next to me,” he said. “I will keep the job that I'm doing now with my team, keeping understanding the car and the progress that we've made since I joined the team in 2020. It's been huge.

“And of course, I'm a very different driver to what I've been. I know a lot more now of the team, of the car, and how to use the machine I've got in hands.

"I'm happy with where that's going. Again, whoever will be on my side next year, I will keep doing the job I'm doing, and as long as I'm happy with the performance, and how that's going, then there is no need for me to change or worry about the other side."

However he admitted that he would like to see his friend Schumacher land the job: “It's not my decision. But yeah, I would be very happy to work with Mick. He's a good friend of mine. So again, the team, it's for them to decide, not for me. But yeah, if that ended up like this is going to be for sure a great ride."