AlphaTauri is investigating the issue that ended Yuki Tsunoda’s Dutch Grand Prix early after his Formula 1 car felt like it was “drifting”, causing him to stop twice on-track.

Tsunoda pulled up at the side of the track on Lap 43, reporting to AlphaTauri over the radio that not all of his tyres were fitted correctly.

Thirty seconds later, Tsunoda was told to continue as there was no data suggesting anything was wrong. He returned to the pits to have his seatbelts retightened and a different set of tyres fitted to his car.

But soon after going back out on-track, Tsunoda was told by his engineer to stop the car as the team had spotted a problem. Tsunoda parked near a gap in the fence by a marshal post, but a Virtual Safety Car was still required to recover his car safely.

AlphaTauri chief engineer for vehicle performance Claudio Balestri called the issue a “car failure” in the team's post-race press release, and confirmed it was being investigated.

“After the pit stop he reported something strange at the rear of the car, we called him in again to change the tyres and immediately after we had a car failure,” said Balestri.

“This is currently under investigation within the team.” 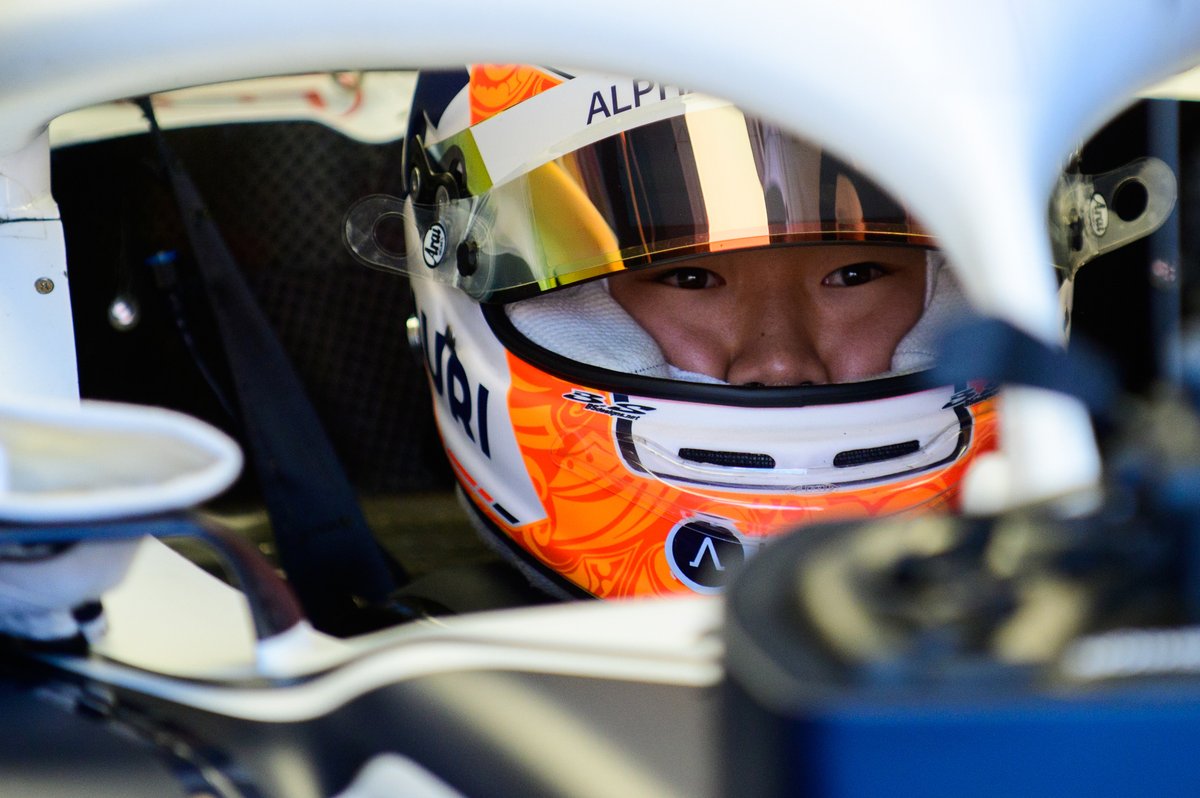 Asked by Autosport about the initial stoppage, Tsunoda said he “thought there was an issue” that was “quite clear, especially at the left-rear.”

“I got told from engineer to stop, but we didn’t see any clear issue or any issue in the data,” said Tsunoda.

“That’s why we rejoined back again to pit for new tyres. After that, we saw a clear issue in the data. That’s why we stopped.”

But Tsunoda said the problem persisted as soon as he left the pits, feeling like there was “only one wheel that was having wheelspin.”

“That is why I didn’t feel like it’s normal. That’s why.”

Tsunoda had been in contention to score his first points since the Spanish Grand Prix in May, having reached Q3 on Saturday ahead of team-mate Pierre Gasly.

Tsunoda felt his performance had been “pretty strong this week”, but he wanted to get a clean weekend to rediscover his form.

“First I need a clean race week, I think I could have a good rhythm after that,” said Tsunoda.

“Currently I don’t have a good rhythm at all. So I just want to be back into the good rhythm and to score points consistently.”

Tsunoda was later handed a reprimand by the stewards for loosening his seatbelts while in the cockpit after his initial stoppage, saying he was “ready to abandon the car and started to loosen the safety belt, without unlocking it.”

“After that he travelled back to the pits where the mechanics re-fastened the belts,” the stewards’ bulletin reads.

“It is not possible, to determine exactly to which degree the seatbelt had been loosened by the driver.”

The stewards’ document also stated it was a differential issue that caused Tsunoda to initially stop on-track, something Tsunoda also claimed over the radio.