Fernando Alonso admits McLaren is bracing itself for a 'difficult weekend' in the Australian Grand Prix, despite Honda's hopes that it has made progress with its Formula 1 engine

The two-time world champion endured a frustrating pre-season, with McLaren's running hampered by poor reliability and a lack of power from the new Honda unit.

Alonso is under no illusions that things will be dramatically different when the F1 season begins in Melbourne this weekend.

"After a difficult two weeks of testing we're prepared to face a difficult weekend in Melbourne," said Alonso.

"We'll do our best with what we have and there's a lot of hard work and collaboration happening within the team, but the lack of time before the first race means you have fewer options for big changes.

"The first step will be to work on reliability before we can make any assumptions or predictions about performance, and we will try to enjoy the weekend as much as we can." 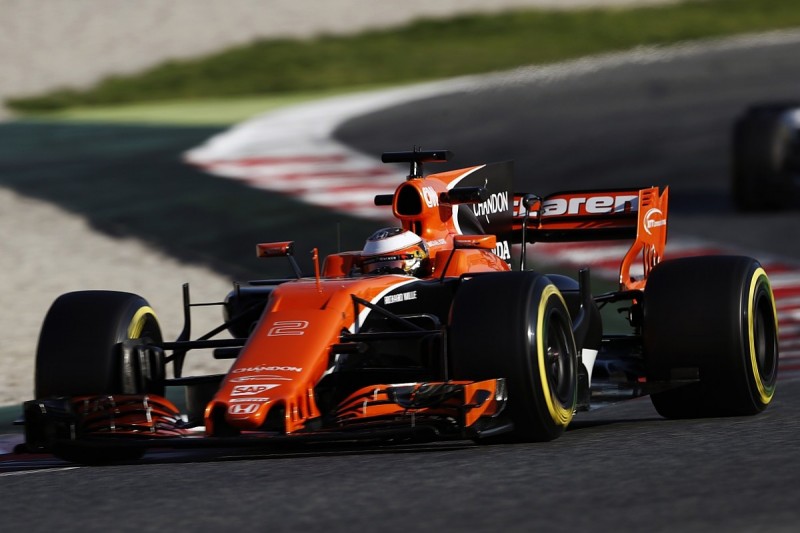 As well as focusing on reliability after its testing troubles, Honda has worked on improving its engine mapping for the start of the season.

It is understood that problems with the mapping were the root cause of the vibrations that led to some of the issues in testing.

Honda's F1 chief Yusuke Hasegawa claims progress has been made with mapping, as well as in other unspecified areas.

"In terms of performance, there has been room for improvement with mapping in order to have better driveability, and with further analysis we were able to make additional changes to be ready for Melbourne," he said.

"We know we are heading in the right direction and we'll continue our efforts in order to increase our competitiveness throughout the season."