Fernando Alonso says he apologises to Formula 1 rival Lewis Hamilton for the comments he made on team radio after their collision on the first lap of the Belgian Grand Prix.

Alonso called Hamilton an "idiot" and said that he only knew how to win races when starting first.

Hamilton later took responsibility for the clash, but he escaped any sanction as the FIA stewards took into account that it was the first lap.

Hamilton retired from the race and may suffer further consequences if he can no longer use the V6 engine that was in the car.

Alonso said ahead of the Dutch GP that he made the comments in the heat of the moment, and they don't reflect his true thoughts on his former McLaren team-mate.

"First of all, Lewis is a champion, he's a legend of our time," said Alonso when asked by Autosport if he regretted his comments.

"And then when you say something - and I'm sorry to repeat this - against a British driver, there is huge media involvement after that. They've been saying a lot of things to Checo [Perez], to Carlos [Sainz], to me.

"But anyway yes, I apologise. I was not thinking what I said.

"I don't think that there was much to blame in that moment, to be honest, looking at the replays and everything, because it's a first-lap incident, we are all very close together."

He also insisted that he doesn't stand by what he said about Hamilton only winning from the front. 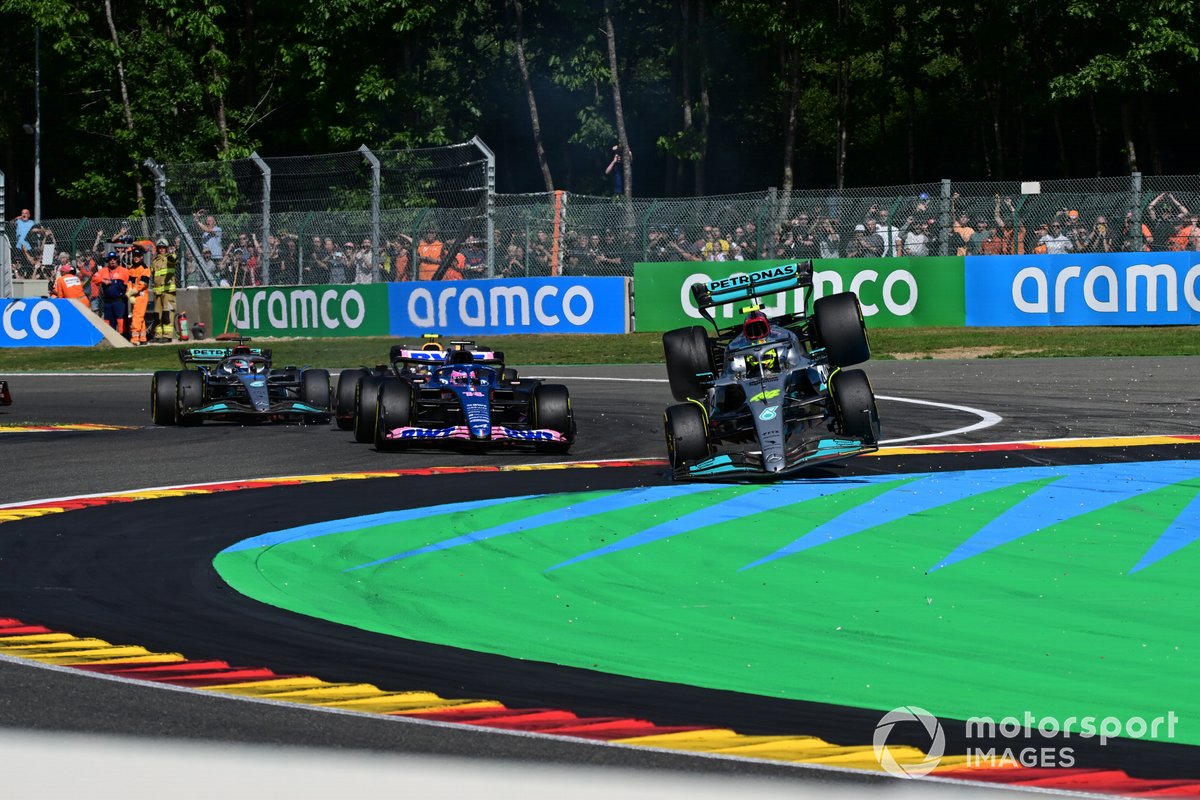 Alonso said he hadn't had time to apologise directly to Hamilton, but he hoped to do it on Thursday in Zandvoort.

"I will hopefully when we are doing the TV pen I will approach him and say sorry if he understood in that way. I have absolutely no problems with him. And as I said, I have huge respect for him."

Alonso admitted that drivers sometimes say things on team radio that they don't have time to think through.

"The heat of the moment and the adrenaline of the moment, fighting for finally top two, top three, made me say those comments that I should not say," he added.

"But at the same time, as I said also after the race, I said that it was a race incident in my opinion.

"When you say something on the radio, in that moment, you think that you are talking with your engineer, so you are preparing the strategy.

"Obviously, you should be aware that is broadcast. But it's like if someone makes a hard tackle or something in football, in that moment you say something to your team-mate, or your defender or wherever, that is not broadcast."

Alonso said that he will be more careful about what he says in the future.

"Sure. I will be very quiet in the radio," he said. "It's a sport that has this thing that is broadcast, things that you should be in a little bit of privacy with your team. So yeah, I will try to be quiet always in the radio, and don't be part of a show that I don't agree with."

He also questioned whether driver radio should be broadcast at all.

"I don't think so, as I said, that is the only sport, in football, in tennis, in whatever, you can have your moments of privacy with your team, and you prepare everything.

"But I know that this is part of the show, and as I said, all the things that are broadcast in the radio normally are a little bit spicy, because the sport wants that spice into the race.

"They never said go to diff position five, because it's not interesting. And it's what we talk every lap. I understand that. And unfortunately, the measure that you will have to take to avoid broadcasting things that you are not thinking on in the heat of the moment is to stay quiet all the time."