Rosberg was told it was "critical" to pass Max Verstappen early in the race and had to absorb the pressure from Sebastian Vettel in the closing laps as rival Lewis Hamilton backed him into the pack.

Rosberg achieved the feat, finishing second to Hamilton, to clinch the world title by five points, 34 years after his father Keke's crown

When asked if the Yas Marina race was the toughest of his life, Rosberg replied: "Yes, definitely.

"I couldn't not think about what was at stake - it didn't work. I had to.

"I heard Tony [Ross, his race engineer] saying it was critical to pass Verstappen for the championship.

"That's not a nice thing to hear, that was bad, a horrible feeling.

"It was not good but it worked out.

"The feelings I had when I realised I had passed him, I have never had that in a racecar before." 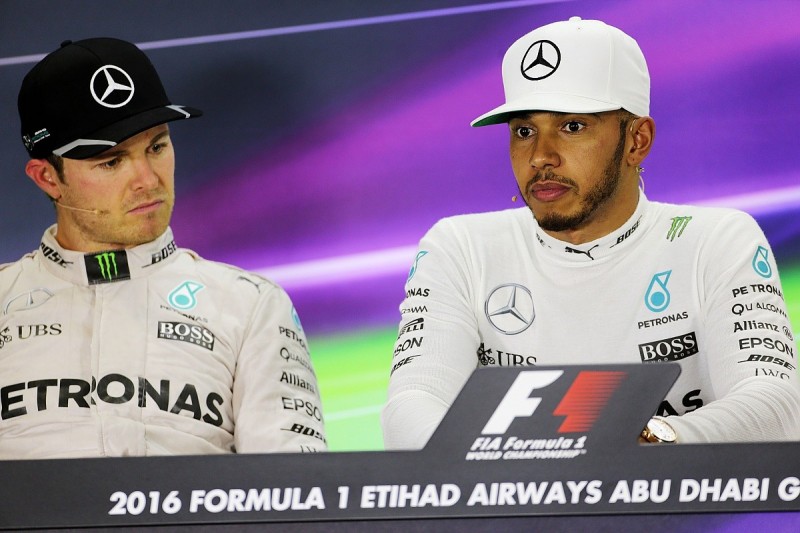 As Hamilton slowed the pace in the stressful last 10 laps, Rosberg said he feared his team-mate might go even further with his tactics.

"I could see them coming close and with what Lewis was doing, we didn't know how far he was going to push it," said Rosberg.

"He could have gone completely extreme and then it would have been a right mess.

"I didn't know what to expect so that was also very tough.

Rosberg admitted that while he was generally always positive about his title hopes this season, there have been points, including at Yas Marina, when that positivity was challenged.

"I'm always optimistic but there are always moments where it becomes difficult," he said.

"Even out there [in the final race], there were some seriously tough moments, like being behind Verstappen and then the end. It's difficult to stay optimistic."