Verstappen, who went on to claim the first pole position of the 2021 season ahead of Mercedes driver Lewis Hamilton, went hard over the kerbs on the exit of the Turn 2 left-hander on his first run of qualifying.

The Dutchman radioed his Red Bull team to ask for his rear floor to be checked, with TV images capturing several carbon strakes bouncing behind the car as he accelerated out of Turn 3 and onto the Bahrain track's second straight.

When asked about the incident in the post-qualifying press conference, Verstappen said: "I ran a bit wide - I think there was a little bit of damage, but it was still fine".

However, speaking to Sky Sports F1, Horner revealed that he did pick up laptime-costing damage.

"He smacked the bottom of the car pretty hard, because they run so low, that we've lost a couple of bits of carbon under the front of the car there," Horner explained.

"Maybe he was carrying about a tenth's worth of damage through the rest of the sessions." 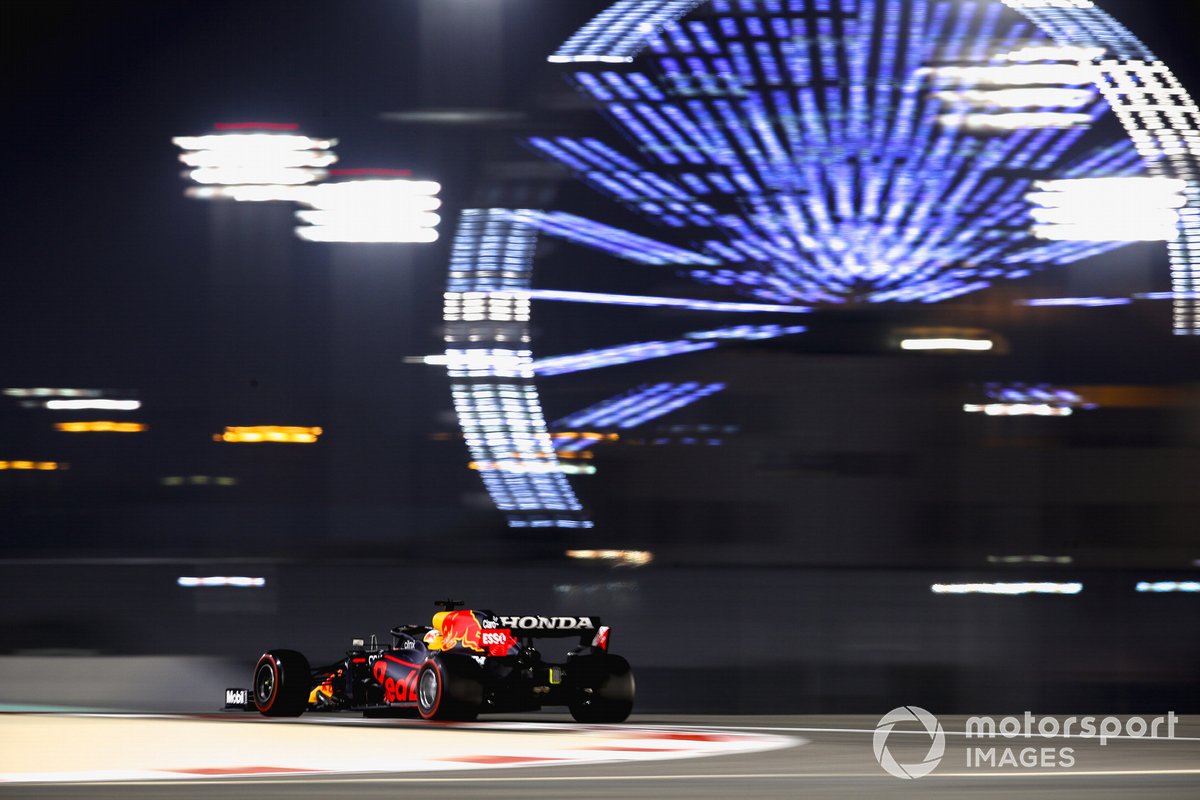 Horner also outlined his thoughts on how the damage enhanced his view of Verstappen's performance in the following two segments of qualifying, on his way to taking his fourth career pole by 0.388s

"If you think in the first run of Q1, when it's not that pressured, then you think, 'Oh no!'," said Horner. "Not to big up that damage, but he's handled that incredibly well."

Verstappen's Bahrain pole is his second in succession after he topped qualifying for the final race of the 2020 season in Abu Dhabi.

This ends a trend in recent seasons of Red Bull starting campaigns slower than it would like in comparison to rival squad Mercedes and having to catch up with aggressive car development.

But Verstappen said to start a season with pole rather than end one was not a feeling of "relief".

"That's what you always aim for, right?" he added. "Of course the last few years it hasn't really materialised.

"But in a way the regulations haven't really changed a lot and I think we knew what our weaknesses were last year.

"And it seems like we addressed them so far at the beginning of the year.

"Of course [I'm] very happy with that. Great start for us but of course no guarantees for the future."