Mercedes Formula 1 boss Toto Wolff expects Red Bull to be a "much stronger opponent" in 2021 after signing Sergio Perez to partner Max Verstappen.

Mercedes driver Lewis Hamilton said following the announcement that he thought Perez "deserved" the Red Bull seat and would make the team more of a threat in the constructors' championship.

Mercedes team boss Wolff agreed with Hamilton's assessment, feeling Red Bull would pose a greater challenge to Mercedes in 2021 thanks to its revised driver line-up and with an extra push from power unit partner Honda.

"Definitely, I think Red Bull, with Perez, will be a much stronger opponent in terms of the constructors' championship," Wolff said in an interview with Austrian TV channel ORF.

"I reckon Sergio will be very strong. It will also be interesting to see how Perez holds up against Verstappen. It's a new opponent. 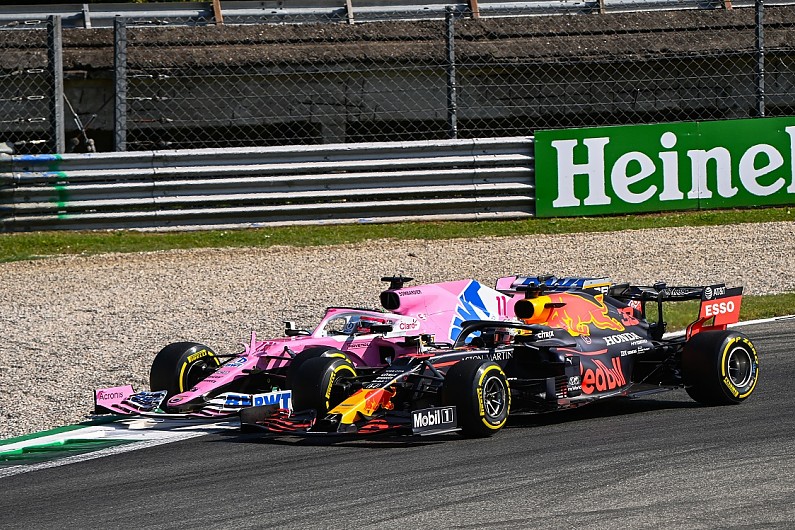 "Otherwise, it's a season with the same cars as last year. I think Honda will really step on the gas to compete for the championship in their last year as a manufacturer.

"That's why it will be quite interesting."

Perez was able to outscore Albon last year despite having a less competitive car with Racing Point and missing two races, having contracted COVID-19 ahead of the British Grand Prix.

The Mexican went on to claim his maiden F1 win at the Sakhir Grand Prix, capitalising on setbacks for Mercedes junior George Russell as he stood in for Hamilton after his own positive COVID-19 test.

The immediate level of performance from Russell prompted Red Bull chief Christian Horner to recently make comments about how strong the Mercedes car was, and that it proved just how good Verstappen was to compete with them in lesser machinery.

Wolff said that Horner's "teasing" was "part of the game" in F1, and that it would only be possible to truly compare drivers in evenly-matched cars.

"You can only judge the best if you let them race against each other," Wolff said.

"But the future belongs to the young. At some point they will race against each other with the same equipment and then we will see who is the best."