Formula 1’s penalty points system became a big talking point in 2022 when, for the first time, a driver risked facing a one-race ban because of it.

With the FIA’s rules strict that any driver who hits 12 points must sit out the next race, AlphaTauri’s Pierre Gasly found himself on the cusp of having to skip a grand prix after racking up 10 points.

Gasly was so close to the prospect of falling foul of an unintentional rules breach from just two extra points, that there was even wild talk he could earn himself a deliberate sanction to get the ban out of the way and avoid the points hanging over him in 2023 on his switch to Alpine.

F1 originally introduced the penalty points system to better manage consistent poor driving standards. In the past, only wild incidents – like Romain Grosjean’s crash at the Belgian GP in 2012 and Mika Hakkinen’s first corner antics at the 1994 German GP – had warranted FIA intervention.

But the totting up process had proved to weigh heavy on Gasly who, while no single incident stood out as especially bad, found that a run of minor moments has left him facing some nervous times.

Gasly had collided with Lance Stroll in Spain and with Sebastian Vettel in Austria. The Frenchman was also penalised for track limits at the Red Bull Ring and was speeding under a red flag in Suzuka.

In addition, he left too big of a gap behind the safety car in Austin and had an advantage off the track in the duel with Stroll in Mexico.

With points staying on a licence for 12 months from when they are handed out, Gasly won’t shake any off until 22 May, which is the Monday after the Emilia Romagna Grand Prix at Imola.

It means he will have to be careful not to pick up any penalties in the first six races (if China is not replaced) of the 2023 season - otherwise Alpine could have to resort to a replacement driver. 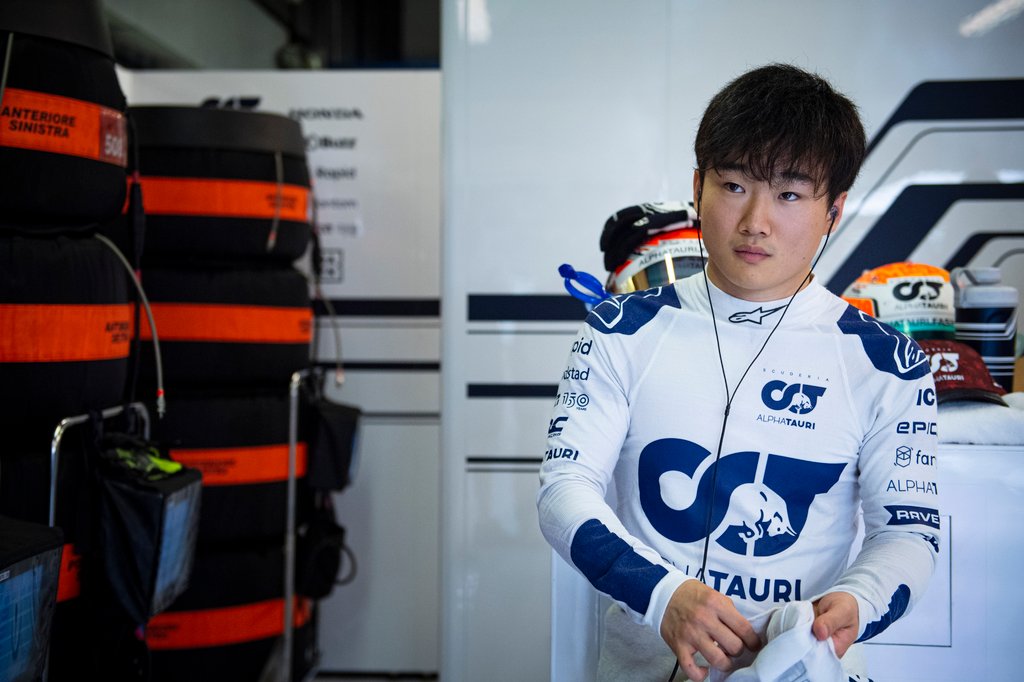 Tsunoda was given a 10-place grid penalty for picking up five driver reprimands in 2022, but former team-mate Gasly is the closest to a race ban for penalty points

Behind Gasly in the penalty points rankings, Lance Stroll and Daniel Ricciardo ended 2022 in second place among the sinners with eight penalty points each.

While this is unlikely to have any impact on Ricciardo, after losing his place on the F1 grid, Stroll will be stuck on with his eight points for the first three races of the season before the situation eases for him.

Behind these two, Williams driver Alexander Albon has seven points and Fernando Alonso, who switches from Alpine to Aston Martin, is on six points.

World champion Max Verstappen starts 2023 with his two points for the collision with Lewis Hamilton in Brazil, just like Red Bull team-mate Sergio Perez, who left too much distance behind the safety car in Singapore but was still allowed to keep his victory in the race.

Charles Leclerc got a point for his antics against Perez in the final chicane at Suzuka that helped make Verstappen the world champion.

The only driver to receive a grid penalty for too many offences this season was Yuki Tsunoda (AlphaTauri), who received five reprimands and thus had a grid penalty of 10-positions at Monza.

Carlos Sainz was close to a grid demotion with four reprimands.

Why a power shift in F1 2023 could open fresh intrigue