From the archive: When Little Al showed his F1 credentials

The high-profile IndyCar to Formula 1 move of the early 1990s came when Michael Andretti joined McLaren for 1993. But two years earlier, his main rival had enjoyed a successful test with Williams at Estoril and harboured ambitions of a switch himself, as he told Autosport in the 28 November 1991 issue

Al Unser Jr has harboured an ambition to drive a Formula 1 car for a long time. "What is it," I remember him asking five or six years ago, "that makes Mario different from my dad or uncle?"

The answer, of course, is that as many times as Al and Bobby Unser have won the Indianapolis 500 and the IndyCar title, Andretti has many years of F1 experience and a world championship to his name.

Two years ago Al Jr began talking to Frank Williams about testing a Williams F1 car. In January of 1990 while in England for the Autosport Awards he visited the Williams factory and in his enthusiasm suggested they drag a car out to Silverstone and give it a run right there and then! Three months later Unser watched his first Formula 1 race round the streets of Phoenix, near his home in Albuquerque, New Mexico.

For a little while there was talk Al might sign with Williams for 1991. Instead, in July last year on the way to winning his first IndyCar championship, Al signed a new three-year contract (two years with an option for 1993) with the Galles/Kraco IndyCar team. Many people believed that was the end of Al's F1 ambitions. In fact, he has kept in touch with Frank Williams and last week he finally got his chance to test one of Frank's cars at Estoril.

Just to get there in time was a tight fit. A slight change in IndyCar testing plans and a bad bout of midwestern weather kept Al busy at the Indianapolis Motor Speedway until Saturday afternoon. He and wife Shelley jumped on a night flight to London, drove to Didcot for a cockpit fitting and then got an evening flight to Lisbon for his Monday morning testing appointment. 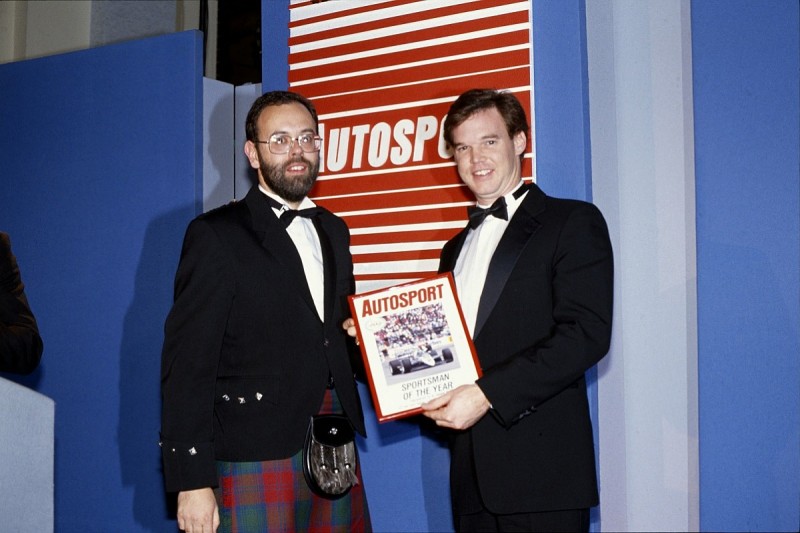 "I was jet-lagged to the bone," said Unser. "I tested all day long at Indianapolis, got on an airplane, showed up Sunday morning in London, got fitted to one of the spare cars at Williams. Then I got an airplane and got into Lisbon Sunday night at midnight. Then I was in the race car at 9am on Monday. That was pretty tough."

That day, feeling worn out and learning about the high grip values of an F1 car, Al struggled to run in the 1m19s range. On the Tuesday he was into the 1m17s and then ran a 1m16s flat on Wednesday - all this on Goodyear's C race rubber. Finally, on Friday, he ran a best lap of 1m15.2s.

Al found the high cornering speeds of the Williams and the fact that most of the corners at Estoril are right-handers - opposite to the left-handers he's most familiar with - meant he had to wear a neck brace.

"I didn't expect the cars to have so much grip," he noted. "It was a big learning curve for me. But by the third day we were right down there with everyone else. The power-down grip of the F1 car is far more than the Indycar because of the tyres.

"The F1 car has more rubber on the ground and it's a lot lighter than the Indycar. It is the highest performance road racing car I've ever driven. It took me three days to get up to that level. Actually, it took me two days because the first day I wasn't really ready for it."

One of the things that delighted Al Jr was the Williams automatic gearbox: "It's great. Going up the gears you don't have to lift at all. You have to blip the throttle coming down the gears but it's a super system. Definitely worth some time."

Like Mario Andretti before him, Unser is reluctant to make direct comparisons between F1 and Indycars. 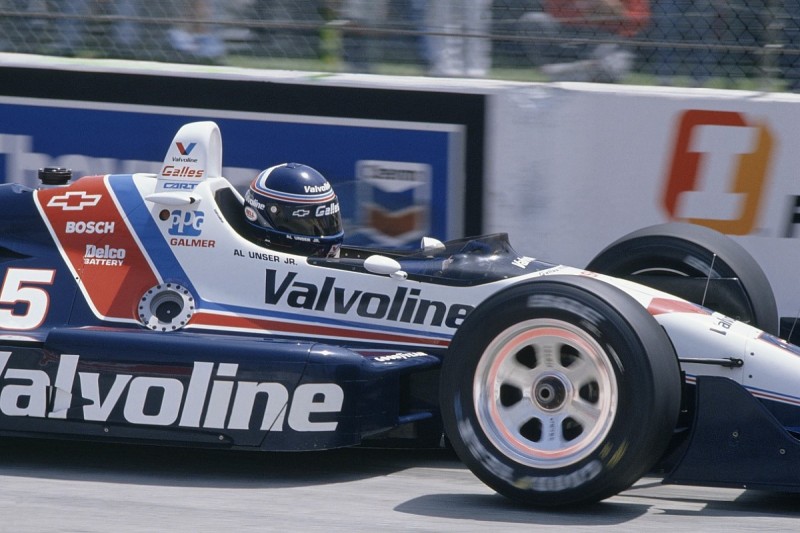 "It's hard to compare them," he demurred. "They're both unique race cars. The Indycar is made to go 220mph and turn left and go through the corner at that speed. The F1 car is made to come off a slow speed corner and accelerate hard down a straight into another corner where you have to get hard on the brakes.

"The engines of both types of cars make more than 700bhp, but the Indycar engine has to make power at the top end to get through the corners at Indianapolis. With the Renault most of the power is at the bottom end, most likely because it's normally-aspirated. But again, it's two different worlds."

Al said it also took a little while to adjust to the deep braking capabilities of an F1 machine: "Because of all of that rubber on the ground and because they're so much lighter than an Indycar, the F1 car stops a whole lot quicker. There's also the carbon brakes. All that took some adjusting to because you can go so much deeper than what I'm used to."

PLUS: The key mistakes behind a lost Williams title

Nevertheless, by midweek Al was running as quickly as the experienced F1 pilots and on Wednesday he was quicker than Riccardo Patrese in the same car. Unser drove the same FW14 all week, a passively-suspended car rather than the active cars in which Patrese and Damon Hill spent their time. On Wednesday, Patrese [pictured below, at that year's Portuguese GP] got into Unser's car for a pair of runs on fresh rubber and Al was gratified the Italian was more than three-tenths slower than his own lap.

"It took Patrese two sets of tyres to get down to those times," reported Unser. "He did a 1m15.5s on the second set. I don't think he had much fuel in the car, so he was definitely going for it."

By that stage of the game Al was convinced that he could win races in Formula 1: "It was a lot of fun," he enthused. "I know I can do it. I have no doubts on that. I think I can win those races.

"I'd love to do some more running with more fuel in the car and find out about running race distance. But I feel I could definitely win races with that car and team." 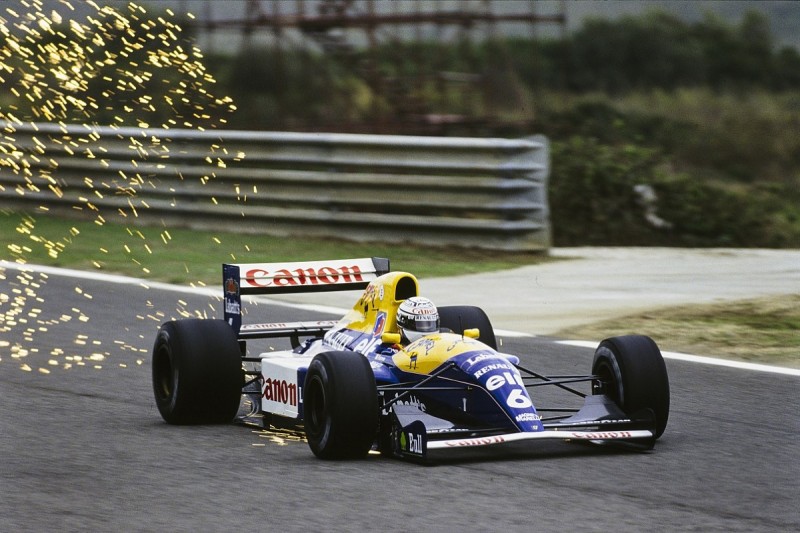 Unser says that for the moment he's got plenty on his plate at home and must pay attention to trying to regain his IndyCar title from Michael Andretti in 1992: "Really, right now I've got to get my mind back into IndyCar mode. We've got a lot of testing to do with the Galmer. I've got to focus on that and make it work."

In the meantime, Al's looking ahead to 1993 and '94 and the beginning of a new twist in his multi-faceted career. At 29 years of age Unser has not only won 17 CART races and an Indycar title, but he's also won in sprint cars, Pike's Peak Specials, IMSA GTP cars and IROC stock cars.

"I'm not going to lose any sleep over it if [F1] doesn't happen," said Unser. "But I definitely have an interest to go to F1. I definitely feel I can drive the cars and I definitely want to do it some day. It's a great challenge."

While rival Michael Andretti had a stinging 13-race stint with McLaren in 1993, Unser never made the transition to F1 and remained in US open-wheel racing, adding two Indianapolis 500 victories (in 1992 and 1994) and the 1994 IndyCar title to his CV.

His switch to Team Penske in 1994 yielded immediate success, but failing to qualify for the famed 500-miler in 1995 would prove costly as he lost the title to Indy winner Jacques Villeneuve by just nine points.

As Firestone tyres increasingly overtook Penske's Goodyears in the latter years of the decade, Unser found it increasingly difficult to remain competitive. He placed fourth in 1996, but team-mate Paul Tracy's victory at Nazareth in 1997 would prove Penske's last for three years - during which time personal problems contributed to Unser's career decline.

However, a switch to the all-oval Indy Racing League for 2000 - reuniting him with Rick Galles - gave Unser a taste for silverware again, as he charged from 21st on the grid to win at Las Vegas. Another two wins followed at Gateway in 2001 and Texas in 2003 before 'Little Al' retired from competition in 2004, although he returned for two more Indy 500 outings in 2006 and 2007. 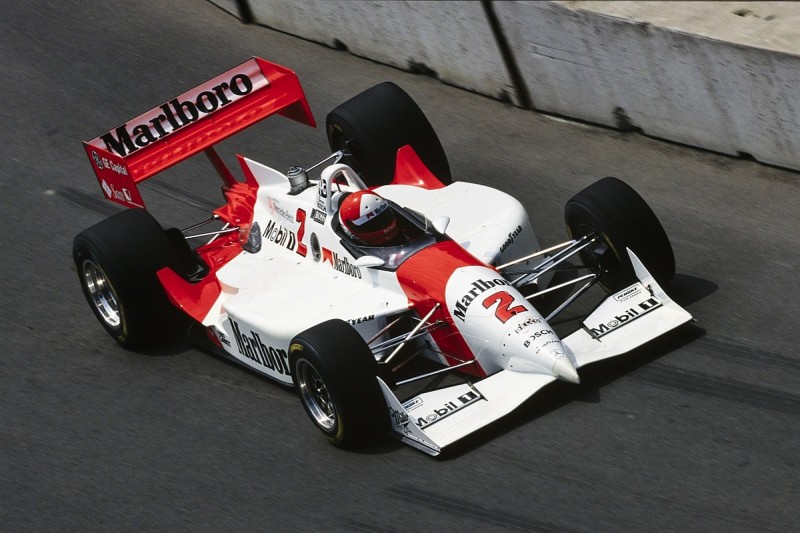 How the F1 calendar lost one of its best races