Ever since Formula 1 introduced a limit on power unit components drivers could use, grid penalties have been part and parcel of each season.

The start of an engine freeze from 2022 to 2026 could have been a moment when things calmed down a bit, as teams have to stick with the same designs for several years now.

However, a total of 36 engine grid penalties, which came from 137 times drivers exceeded component limits, showed the challenge manufacturers still face to keep within the limits.

There were 20 occasions when drivers were sent to the back of the grid, and a further 135 grid position drops as a result of all the changes.

AlphaTauri's Yuki Tsunoda was hit the hardest. He was sent to the back of the grid or to the pitlane on three occasions. In addition, the Japanese driver was given five positions for a gearbox change and 10 places for collecting five reprimands, although he did not have to serve the latter as he had already been moved to the back of the grid in Italy.

Charles Leclerc's challenge for the world championship title was not made easy either, thanks to the number of times he had to take grid drops. Due to Ferrari's major reliability problems in the middle of the season, the Monegasque had to start from the very back twice (Canada and Belgium) and was given 10 penalty positions in Austin.

Team-mate Carlos Sainz was sent to the back of the grid twice (in France and Italy) and took a five-place grid penalty once (Brazil).

Alpine drivers Fernando Alonso and Esteban Ocon were both moved to the back of the grid twice and given another five-position penalty, too.

World champion Max Verstappen (Red Bull) only had to start at the back of the grid in Belgium, which in fact turned out to be 14th position in the end due to the large number of changes that had been taken elsewhere. He also took a five-place grid drop in Monza.

Alfa Romeo's Valtteri Bottas was officially moved to the back of the grid once, but got +20 and +15 positions in two other races - which is pretty much as good as being sent to the back.

Mick Schumacher (Haas) was placed at the back of the field once in Belgium and was given another 15 positions at Monza. 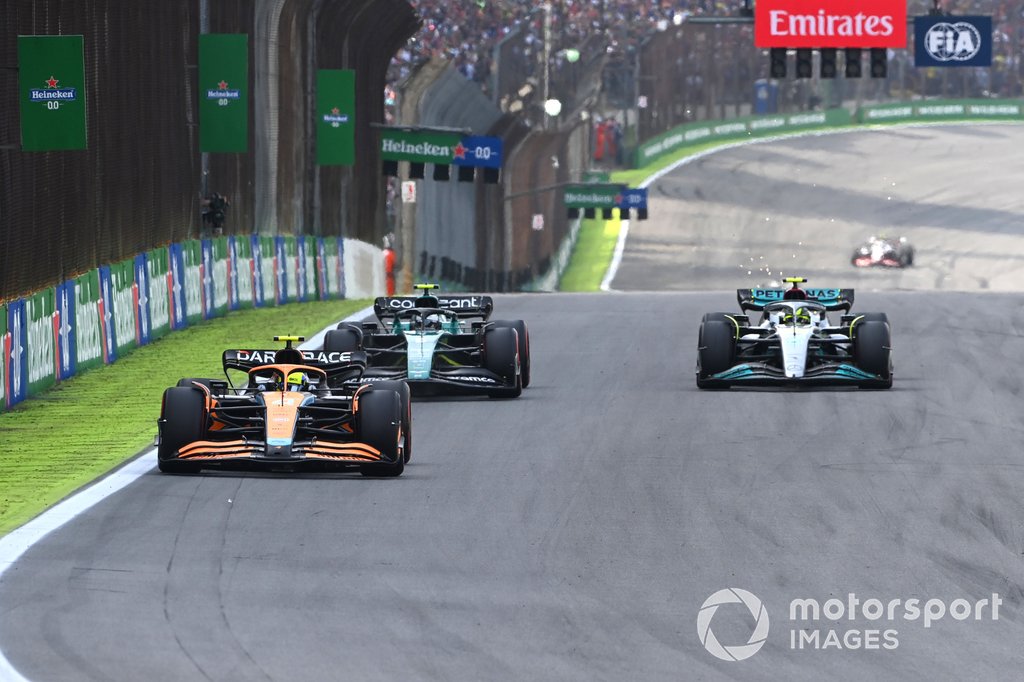 Despite the grid using up 137 extra engine elements, there were drivers and even entire teams that got through the season penalty-free.

Aston Martin remained completely within the quota with its two drivers Sebastian Vettel and Lance Stroll, while Williams also got by with its elements for Nicholas Latifi and Alexander Albon.

The only other driver who did not suffer an engine penalty drop was Daniel Ricciardo.

The common theme among the above teams and drivers is that they were all Mercedes-powered.

However, despite the German manufacturer staying within its allocation with the customers, at its works team there was one change on each car. Lewis Hamilton started at the back in Monza, while George Russell took his fresh unit from the pitlane in Singapore.

Use of power unit components by each driver:

If we look at the statistics of the individual elements where penalties were taken, teams had the hardest time with the ICE.

Apart from the five drivers who got through the season without any penalty, everyone else went over the limit on this front. In the case of the turbocharger and MGU-H, 14 out of 20 drivers exceeded the limit - Bottas most frequently, who used seven elements out of the permitted three.

The MGU-K limit was breached by 12 drivers, as were the control electronics. And in the case of the energy storage, more than half (11 out of 20) managed with the permitted allocation.

Compliance was easiest with the exhaust, of which eight elements were allowed to be used over the season. Only Charles Leclerc was over the limit here. Other drivers, such as Sebastian Vettel, were even far below the limit with three elements used.

Since 2022, the gearbox has also been subject to a quota. Previously it had to last a certain number of races at a time (unless a driver retired), but now it is limited to four units, divided into outer and inner elements, for the year.

Seven drivers exceeded the limit, Mick Schumacher being the only driver to do so twice for both gearbox parts.

For the 2023 Formula 1 season, the same rules and the same allocations will apply again in terms of engine parts. However, if a driver changes both gearbox parts at once, the sum of the penalties will no longer be added up, but will be taken together as one penalty of five places.

However, it is still unclear how many gearbox elements will be allowed for 2023 because that depends on the number of races in the season.

With the originally planned 24 races of the season, each driver would be allowed to use five gearboxes, but due to the omission of China, there are currently "only" 23 races, for which four gearboxes are provided for in the regulations. Whether there will be a replacement race is still not decided.