After contract negotiations broke down, Sebastian Vettel will depart Ferrari at the end of the year. With options limited and retirement now a real possibility, just what could his next move realistically be? ADAM COOPER tackles some of the big questions arising from his impending exit

The news that contract talks between Sebastian Vettel and Scuderia Ferrari broke down emerged last night, and it has now been confirmed that the four-time Formula 1 world champion won't be staying with the team beyond the 2020 season.

Inevitably the big questions are will Vettel move to another team? And who will replace him now that one of the most coveted seats in F1 has suddenly become available?

The dynamic at Maranello shifted dramatically over the course of 2019 when Charles Leclerc proved even more competitive in his first season with the team than anyone expected.

Ferrari and the wider world always knew he was good, but from the off he outpaced Vettel regularly in qualifying, often outraced him, and made fewer critical mistakes. And he was not shy when it came to asserting himself, both on and off track. And he did it all with a style and flair that endeared him to everyone in the camp.

In signing him up to a five-year deal, Ferrari made it crystal clear that the Monegasque driver represented the future of the team.

With Vettel's current contract expiring at the end of 2020 there was always going to be an intriguing debate between the team and driver, with the situation then made more complex by the fact that the season is on hold due to the coronavirus crisis.

Ferrari had to decide - assuming the prime choice was indeed to extend Vettel's deal - for how long it wanted to keep him, while keeping a close watch on younger drivers who like, Leclerc, represented the future. 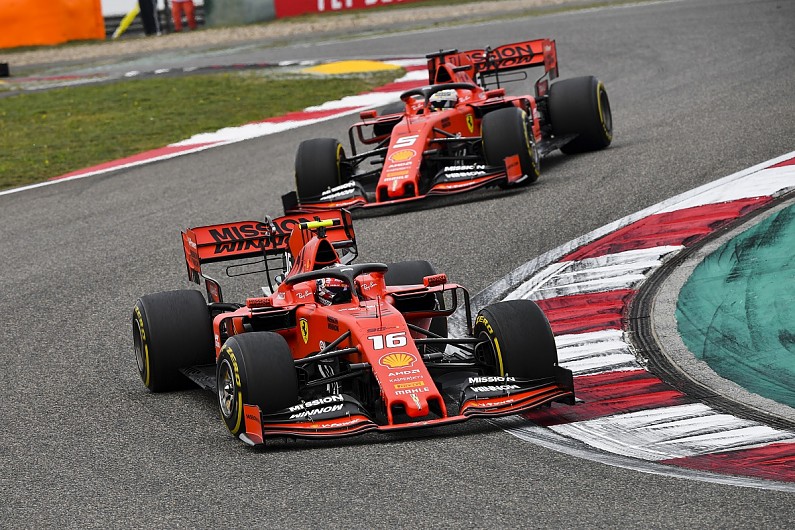 Given that many contracts expire this year, one goal Ferrari wanted to achieve was to get some clarity at a relatively early stage, and not be left in the autumn in a situation where the most desirable candidates were committed elsewhere for the long term.

In a call with journalists exactly a month ago, Vettel suggested that the matter could be settled before the delayed start of the season.

It's understood that Vettel was offered a one-year contract with an option for a further year, and that he preferred a longer commitment from the team

"So I think we all we all waiting. But as I said previously, the main priority, at first was to ensure that we're dealing in the right way with the situation, and therefore everything was put on hold. And I can imagine that's probably the same everywhere else."

Asked for his thoughts on whether he would still be racing in the era of the delayed new regulations in 2022 he suggested that he intended to be around.

"I think whatever the deal will be like, I think it will be what whatever I and the team will be comfortable with," he said. "So in terms of duration, I don't know. Normally the contracts I've had in the past were all I think a three-year deal.

"I know that I'm one of the more experienced drivers in F1, but I'm not the oldest and I don't think that, you know, there's an age limit in this regard. So, I think, as I said, we'll be deciding on what we feel comfortable with." 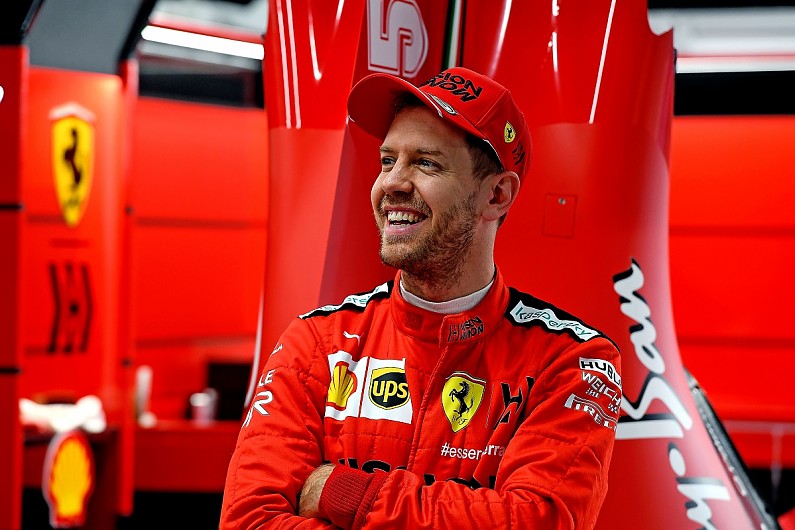 It's understood that Vettel was offered a one-year contract with an option for a further year, and that he preferred a longer commitment from the team.

As has been widely reported, he was also offered less money than he was accustomed to - which sources say meant the "same status" as his younger and less experienced team-mate.

Such negotiations are always complex when they involve one of the big names of the era and, from the driver's side, satisfaction is derived from a combination of the salary offered and the sense that you are wanted and regarded as an absolutely key part of the equation - and the first of course is a factor of the second.

In the official Ferrari statement, Vettel denied that money was the reason, but it is inextricably linked to the matter of commitment.

"The team and I have realised that there is no longer a common desire to stay together beyond the end of this season," he said.

"Financial matters have played no part in this joint decision. That's not the way I think when it comes to making certain choices and it never will be."

The frustration for both parties is that the season hasn't started. We should now have been six races in, with a clear picture emerging of where the team stands competitively in the wake of last year's engine controversy, and secondly how Vettel and Leclerc stack up. Clearly Vettel hoped to come out fighting, having had a winter to put his 2019 disappointments behind him. 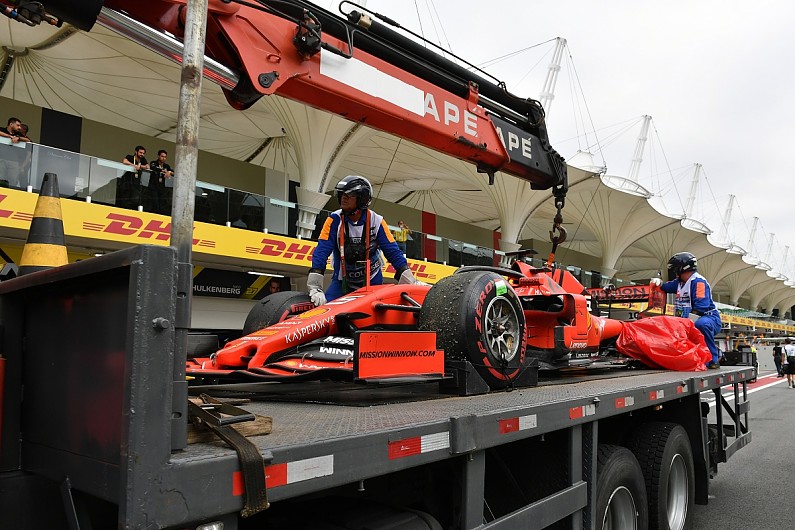 As for his future, it remains to be seen whether he accepts that the 2020 season will be his last, or if he is already actively seeking out options elsewhere.

Vettel is a family man, and he turns 33 in July. Like everyone else, he's found himself staying in one place and enjoying a different kind of life to the one that he has been used to since he first embarked on a karting career.

He might no longer be so keen to make the commitment that staying at the top of the sport needs.

He hinted at that in Tuesday's statement.

"What's been happening in these past few months has led many of us to reflect on what are our real priorities in life. One needs to use one's imagination and to adopt a new approach to a situation that has changed. I myself will take the time I need to reflect on what really matters when it comes to my future."

So what if he does intend to race on in 2021? The problem is that there is so much uncertainty over the future of F1, and its finances, in the current climate. With no teams yet signed to the new Concorde Agreement, it's hard for anyone to make a major commitment, especially in terms of a mega salary.

He would have huge appeal for Mercedes, and it's easy to speculate about a straight swap with Lewis Hamilton. The reigning world champion has long made it clear that he's committed to his current home, hinting at a long-term ambassadorial role in the style of Sir Stirling Moss. However, finishing one's career at Ferrari is tempting for anyone, and we know that the two parties have sounded each other out. 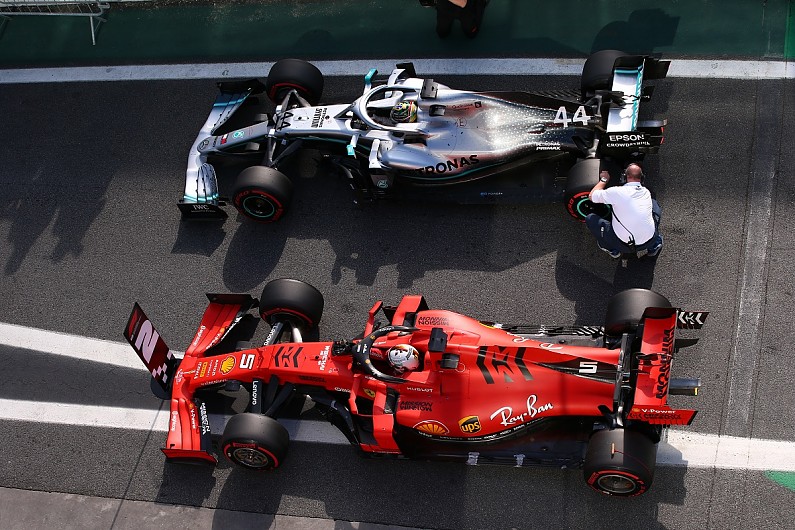 More significantly for Hamilton the future of Mercedes is a little hazy, especially with regard to Toto Wolff's position, and that has made a departure a tad more of a possibility than it was a year or two ago. Hamilton's relationship with Wolff is a key part of the equation, and he will be keen to know what's happening.

A return to Red Bull for Vettel has a nice symmetry about it, and would no doubt delight Honda. But stepping into a team now firmly built around Max Verstappen would be a case of out of the frying pan into the fire for Vettel. The team is also pretty satisfied with the quick, cheap and baggage-free Alex Albon, who was gaining momentum at the end of last year.

McLaren has also been mentioned, and Vettel would have huge appeal to Andreas Seidl, with whom he worked in his BMW Sauber days. It would also, via an engine deal, bring him into the wider Mercedes camp.

However, it's unlikely that the team pushing hardest for reduced budgets would have the funds for the salary that Vettel would require. There's a question too over whether he would really want to take on a "project" in the manner of his pal Kimi Raikkonen at Alfa Romeo, and spend a year or two chasing top six finishes.

The first is a Ferrari protege and officially the reserve driver, and it would be logical to see him follow the Leclerc route by moving over from Alfa Romeo. He had a difficult start to his 2019 season, but he put in some strong showings later in the year.

However, his relative lack of experience counts against him, notwithstanding the fact that Leclerc made the move after one year. 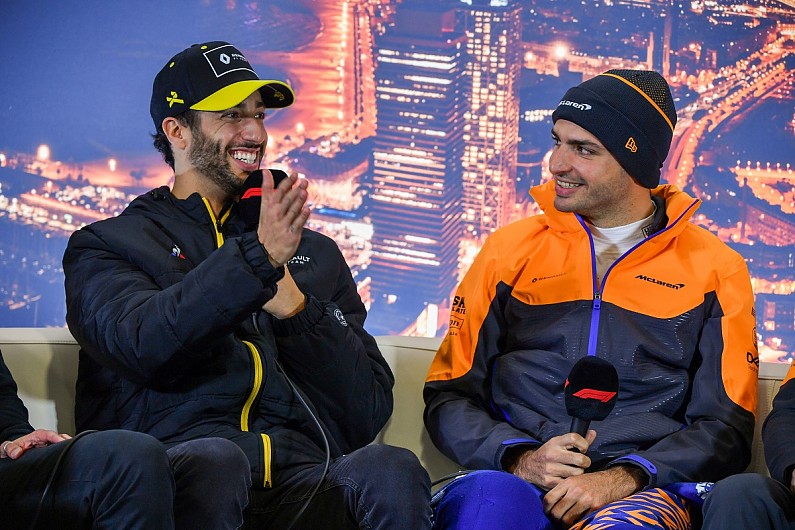 Over the winter he made a huge effort to raise his game, and was really expecting to outrun Raikkonen in 2020 - but the lack of races means that he hasn't had that vital chance to gain mileage and show what he can do against Raikkonen. The upside for him is that he is already in the camp, and he isn't going anywhere else.

Ricciardo and Sainz are both ideal Ferrari candidates - their faces just seem to fit.

Long mentioned in connection with Ferrari, the Australian is older, has more experience, and is a proven race winner, while Sainz had a great season in 2019, and is getting better and better.

But both men bring similar assets in terms of speed and all-round talent. They are also good team players who could gel with Leclerc and survive in the difficult Ferrari environment.

Ricciardo also has the benefit of having shown back in 2014 that he could take on and beat Vettel - that's a useful thing to have on his CV.

The two men have followed similar career trajectories, with their paths crossing several times. If Sainz does leave McLaren then Ricciardo - who nearly joined the team before - would be an ideal replacement in the Woking camp.

One thing is for sure - there might not be much F1 action on track at the moment, but there will be much going on behind the scenes. And you can be pretty sure that one Fernando Alonso will also make his interest in the Ferrari seat known.