Antonio Giovinazzi doubts his 2017 Formula 1 race experience will help him in '19 because he expects his full-season debut to be "a lot" easier to approach.

Giovinazzi will race for Sauber next season, two years after making his F1 debut as a stand-in for the injured Pascal Wehrlein.

The Italian driver took over Wehrlein's car on the morning of qualifying for the 2017 Australian Grand Prix and contested the next race in China as well.

Giovinazzi has spent the time since then in a test and reserve driver role for Sauber and Ferrari.

Asked if he thought the experience from 2018 would be a help, Giovinazzi said: "Unfortunately it's already a long time ago. It's the beginning of last year!

"It was not a full weekend [in Australia], it was only on Saturday.

"In China I missed FP1 and FP2 because of the weather so I started again from FP3. 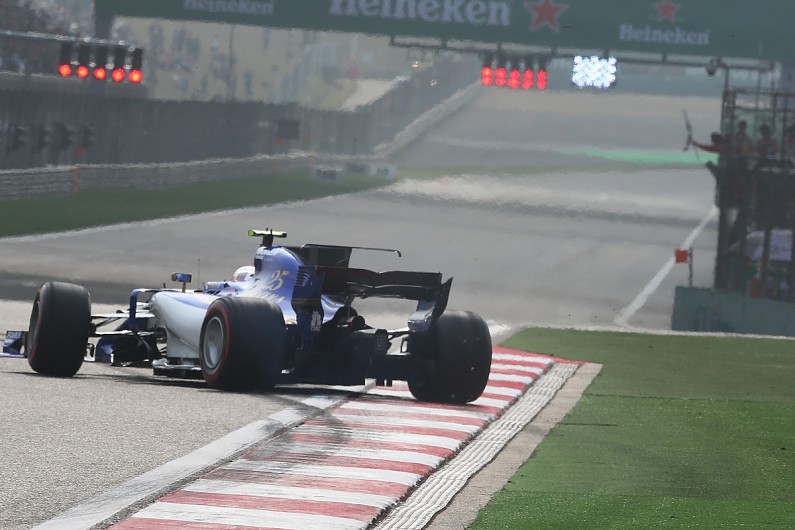 "It was difficult to approach, but fortunately next year will be a lot more easy.

"I will have the winter tests in Barcelona and I will be a lot more ready when I arrive in Melbourne."

Giovinazzi has contested one race since crashing out of the 2017 Chinese GP (pictured above), this year's Le Mans 24 Hours with the AF Corse Ferrari GTE team.

The 2016 GP2 Series runner-up said he has missed the pressure of racing full-time.

"I miss the pressure of the race weekend and also the race on Sunday.

"For now, I'm relaxed in FP1, doing my job. I can't wait until next year for the real pressure.

"It will be quite tough for the first races. I have a world champion [Kimi Raikkonen] beside me, who has a lot of years in F1.

"I need to do my job, try to improve race-by-race, and we'll see at the end of the year if we did a good job or not."