As the Formula 1 team principal merry-go-round unfolded in the final throes of 2022, one chair at the top table was left unclaimed heading into the new year.

Williams confirmed Jost Capito’s exit after two years heading up its F1 operations, along with the technical director he appointed, FX Demaison, in December. It marked a big change at the top of the team, signalling a desire from its owner, Dorilton Capital, to clean house and go in a different direction.

The team said it would announce a replacement “in due course” and is yet to confirm any appointment. But the challenge facing whoever does take over as team principal is a significant one.

Williams may have taken a step forward in some areas through 2022, brilliantly taking advantage of opportunities that came its way to score points in five races. But it still slipped from being the ninth-fastest team to the 10th-fastest, sitting so far adrift from the rest of the pack that it was an easy decision to halt further development of the FW44 car.

In an interview conducted in Abu Dhabi, prior to his exit from the team, Capito said the call to make the early switch to 2023 around Silverstone time meant there was no excuse for standing still this year.

“Next year, we have to do a step forward, otherwise it’s something really wrong,” he said. “We’re still not there where the others are.”

It's a frank assessment of where Williams sits right now. While the team may have made decent progress compared to the doldrums of 2019 and 2020, the obvious highlights coming courtesy of George Russell in his final season with the team, it is still recovering from years of underinvestment when its priority was survival, not its revival.

It has left Williams playing catch up, investing in areas, infrastructure and software that other teams already have fully up to speed. “For many reasons, mostly financial, Williams has been stuck a bit in the past,” Demaison said in Brazil when discussing the internal changes at Grove. 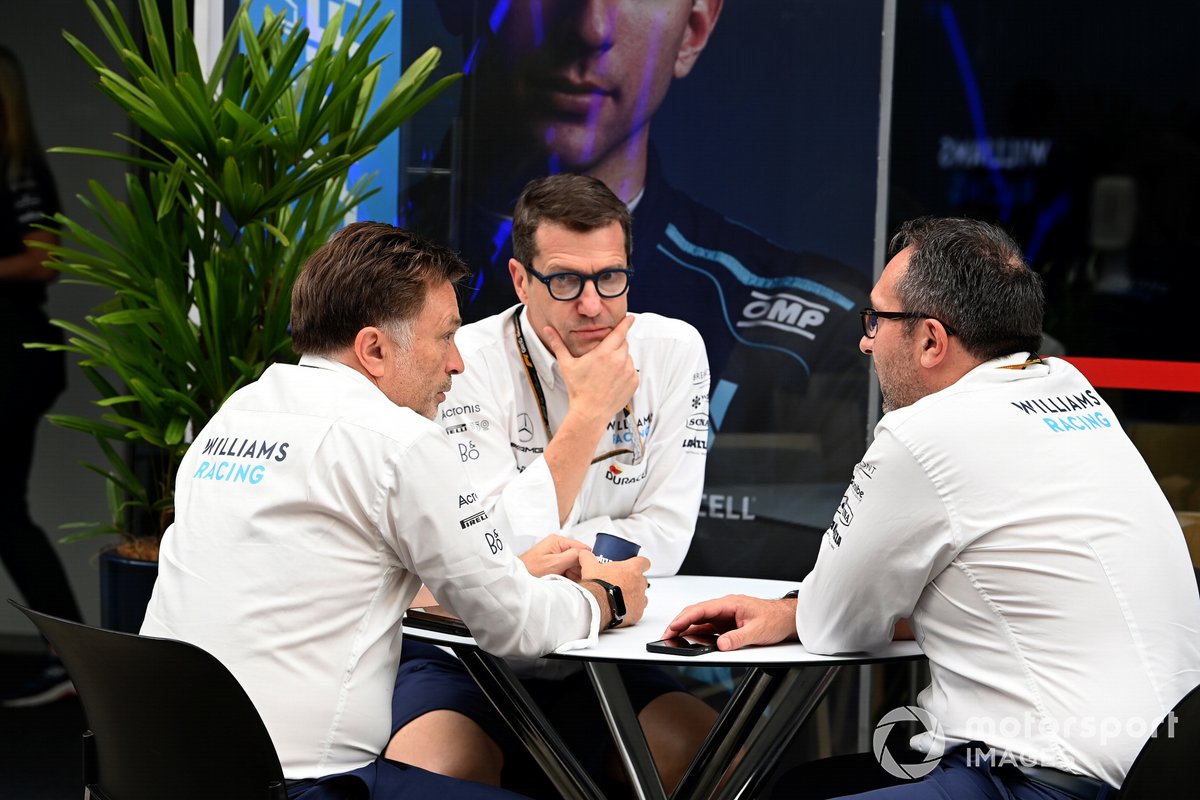 While it has to make these moves in order to catch up, there is the added effect of rivals spending the money on areas that bring more performance, causing the gap to grow again. They’re never standing still. It’s something felt even more deeply under the budget cap, the true impact of which is still yet to be felt in making it a truly level playing field.

“That’s why it needs really the long-term view until it’s balanced,” said Capito. “You can say, ‘oh you all now have the same money, so you should be all on the same level’ - no. The teams went into the cost cap on different levels. And we see Williams before the cost cap had hardly anything to invest for years.

“So they fell behind. Now to catch up with the same amount that everybody has, it’s not just about throwing money at it.”

Williams will focus on being smart in where it invests while it takes time to regroup, but it also needs to keep moving forward on-track. Its constructors’ finish for the past five seasons reads 10-10-10-8-10, a trend it will badly want to change sooner rather than later. Dorilton may have the money to help turn the team around, yet it will also want to ensure the outfit remains an attractive proposition to interested partners. It’s a tricky trade off, investing for the future while focusing on the now.

“What we are doing now, it’s like surgery on the open heart while the patient is running a marathon,” said Capito.

It is a question that, ultimately, no longer Capito’s problem. He was proactive in identifying the areas where Williams was falling short upon joining the team at the end of 2020, going through every department at the team to find out what were the biggest problem areas. But the parting of ways points to a loss of faith from his bosses about his vision for Williams and the team’s direction. Finding that ‘north star’ to get the team unified and instilling a fresh culture is a big must for whoever takes over as team principal.

It stands as one of the toughest jobs to take in F1, as Capito found out to his cost. But it could also potentially be one of the most rewarding and lucrative. As McLaren team principal, Andreas Seidl was lauded for his efforts in helping turn things around at Woking, paving the way for him to take a step up to CEO at Sauber and have Audi knocking at his door many years in advance of its entry.

If someone could have a similar effect at Williams, it could well be the making of them.