Horner hailed Verstappen as being "in a league of his own" as the Dutchman came through from 14th to third in 15 laps with a string of assertive overtaking moves after a gamble on intermediate tyres failed to pay off when the weather worsened.

Earlier in the race Verstappen had pulled off similarly inspired passes on Kimi Raikkonen and Nico Rosberg.

When it was suggested Verstappen's drive was akin to Senna's famous second place for Toleman in the 1984 Monaco GP or Schumacher's victory in the sodden 1996 Spanish GP (pictured above), Horner replied: "It's right up there.

"You have to compare it to those great moments.

"You don't often witness a motor race like that, and what we saw was something very, very special."

Verstappen particularly impressed with the inventiveness of the lines he used to pull off his passes.

"Even behind the safety car you could see him having a look at different parts of the Tarmac, just looking for grip, exploring," said Horner.

"It looked very much like a karting approach that he was taking.

"You could see him going to the outside line, such as around Turn 3 or onto the straight, using the cutback.

"He was just finding grip in different parts of the circuit.

"I didn't see anybody do that to the extent Max did.

"They've all come the same route through karting, but Max was in a league of his own."

Verstappen's only error was a high-speed half-spin heading onto the pit straight, which he managed to catch without losing second to Rosberg.

"It almost necessitated an underwear change for most of the pitwall," said Horner.

"But again he was extremely calm the way he came on the radio.

"All afternoon he seemed in control, apart from that moment." 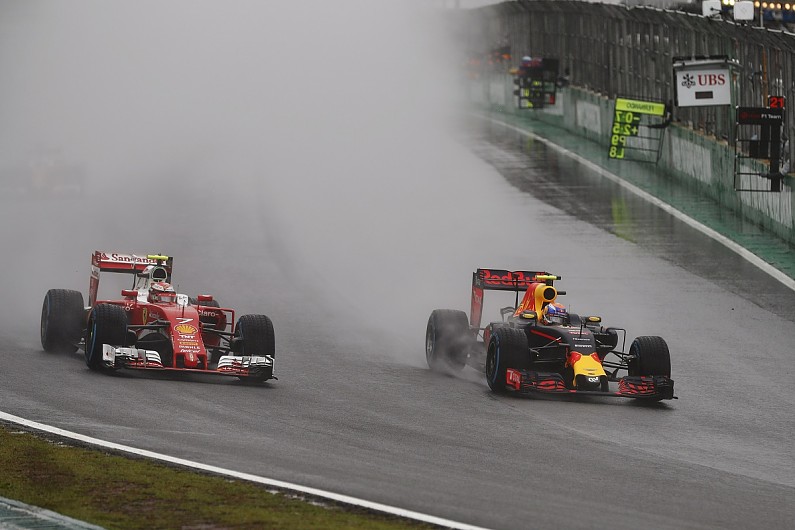 When Horner says Verstappen's Interlagos performance is "right up there" with F1's greatest rain drives, what is he comparing it to?

Stewart had already thumped the field in a wet Dutch GP when F1 arrived at the fearsome Nurburgring.

Starting only sixth, the future three-time world champion's Matra was 8.3 seconds ahead at the end of lap one and went on to cross the line more than four minutes clear in appalling conditions.

The Beltoise/BRM combination was not a frontrunner in 1972, managing only one top-six finish.

But that came on the Frenchman's day of days as he dominated to defeat rainmaster Jacky Ickx by 38s and lap the rest of the field on the way to his only world championship race win. 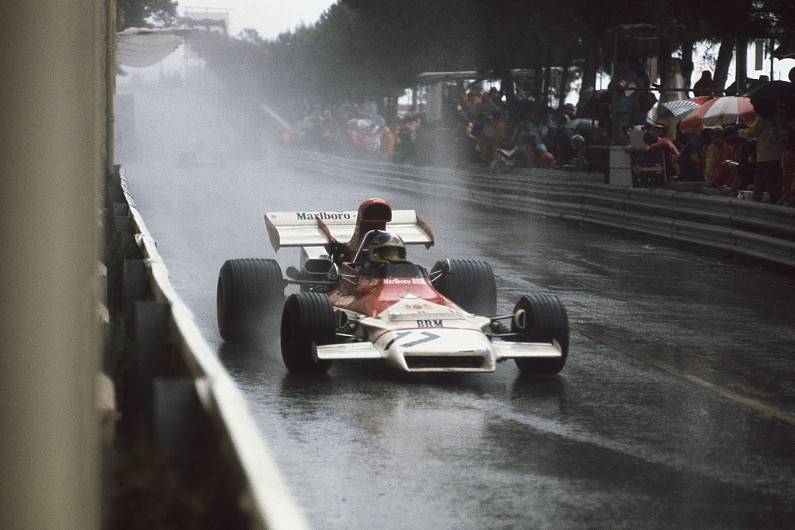 The race that began the Senna legend - having flown through from 13th on the grid to second in an uncompetitive Toleman, he was catching race leader Alain Prost's McLaren by 4s per lap when the red flag flew.

But it wasn't just Senna starring, Stefan Bellof was lapping at the same pace as he brought his even less competitive Tyrrell through from 20th to third.

Senna's first victory came in even worse weather. At a saturated Estoril, he dominated from pole for Lotus and won by a minute on a day when only nine of the 26 starters made it to the finish. 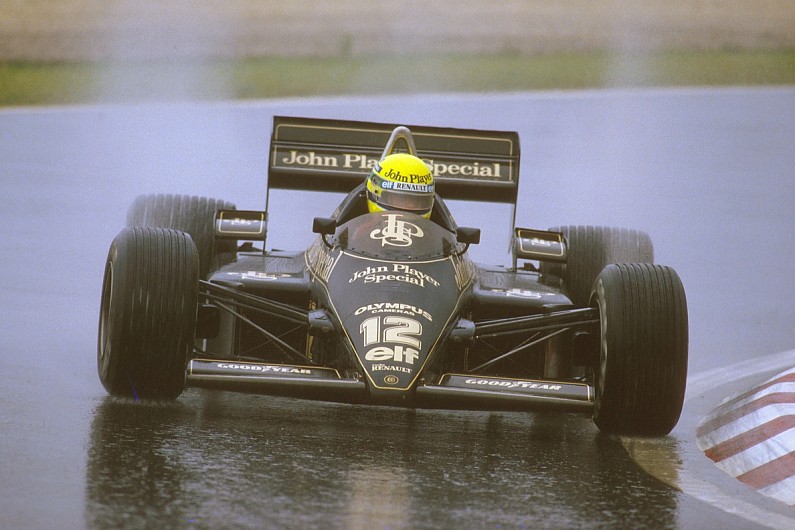 The best of Schumacher's many sublime performances in the rain. In what was then still a very uncompetitive Ferrari, he tore through the field from sixth after a poor start and won by 45s over the other five finishers in an accident-strewn race.

Hamilton's first home grand prix win was one of his greatest victories. He stormed clear amid constantly fluctuating rain levels, judging tyre tactics perfectly and proving particularly crushing in the worst of the weather as he won by over a minute. 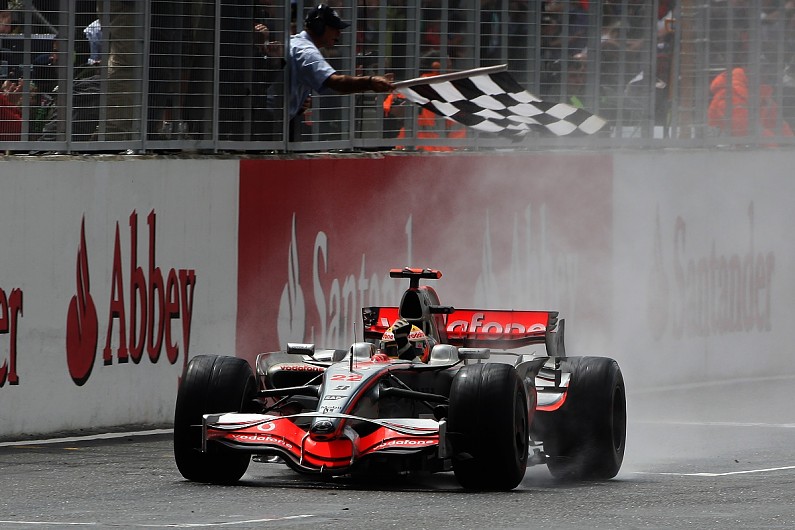