Factory Audi driver Kelvin van der Linde extended his lead in the DTM drivers’ standings after converting pole position into a third victory of the 2021 season at the Nurburgring.

At the start, van der Linde had to work hard to fend off Philip Ellis and Marco Wittmann, the trio running three-wide on the run down to Turn 1.

The Abt Sportsline driver held onto the lead as Wittmann backed out of the battle and Ellis was forced wide into Turn 1, but he had to do it again after the safety car was deployed to recover the stranded Mucke Mercedes of Maximilian Buhk.

At the restart, Ellis was again the quicker of the two but the inside line played into the advantage of van der Linde, who again fended off the Winward Mercedes driver's advances to stay ahead.

Having dissipated the initial threat from Ellis, van der Linde had a trouble-free run to the chequered flag, taking the finish with a five-second advantage over the Toksport Mercedes of Luca Stolz and Ellis.

GT3 regular Stolz was the most impressive of the series newcomers at the Nurburgring, qualifying a strong fifth on the grid jumping to third early on, before finishing second ahead of Lausitzring winner Ellis.

Ellis ran second for much of the race but had to give back a place to an out-of-position Alex Albon after cutting the final chicane, also dropping behind Stolz in the process.

Mike Rockenfeller completed an impressive charge from 16th to fourth in the second Abt Audi, aided by a long first stint that allowed him to run in clear air until lap 32 of 40. 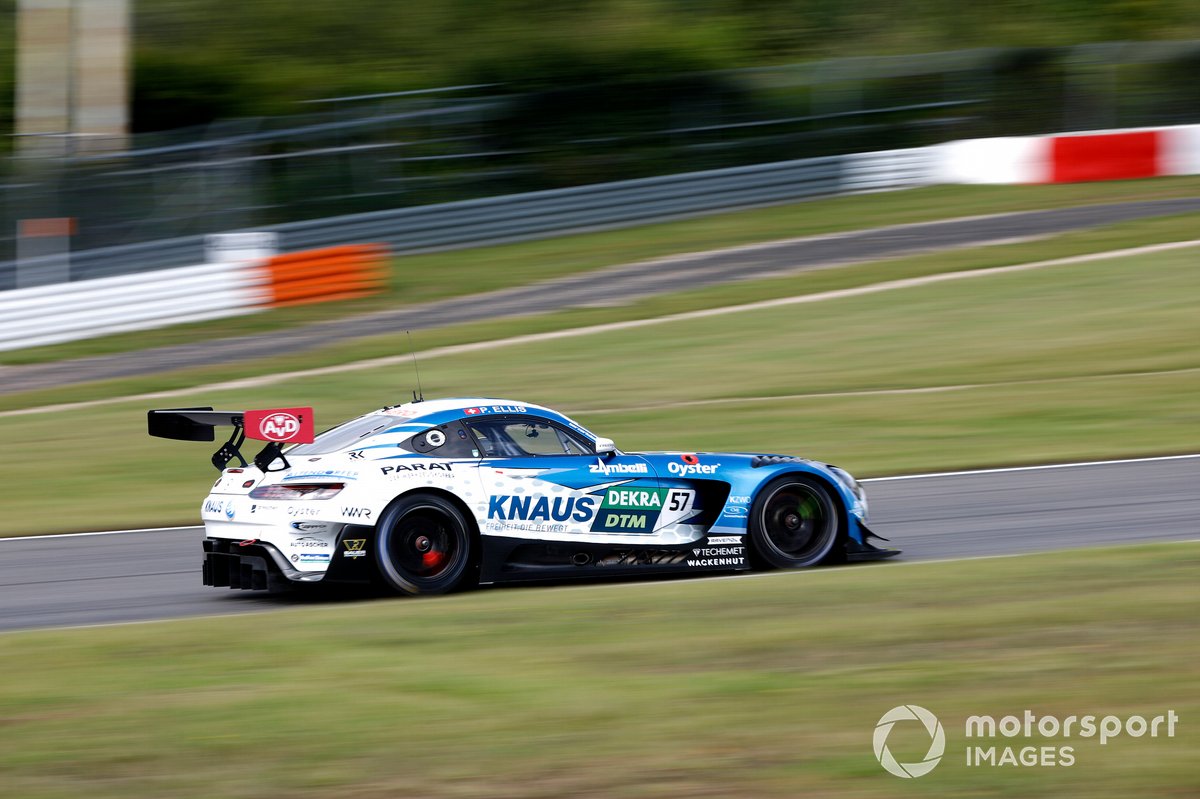 A fifth place finish for HRT Mercedes driver Maximilian Gotz moved him up to second in the DTM standings, as Wittmann wound up sixth in a Walkenhorst BMW saddled with 25kg of success ballast.

Sheldon van der Linde crossed the line in seventh in the Rowe Racing BMW, having started 18th on the grid.

Completing the top 10 were Mercedes Daniel Juncadella (GruppeM) and Arjun Maini (GetSpeed), the latter bagging his first point in the DTM.

The Red Bull Ferrari team endured its worst outing in the DTM, with both Liam Lawson and Albon failing to finish in the points after being involved in separate collisions.

Lawson was running inside the top 10 when he was pitched into a spin by DTM returnee Markus Winkelhock at Turn 2, dropping to the rear of the pack.

Lawson could only recover to 13th after the incident while Winkelhock was hit with a drive-through penalty for causing the collision.

Albon, meanwhile, was also forced into a spin after being tapped by Maini at the same corner earlier in the race, and was later forced into retirement with what appeared to be a technical problem. 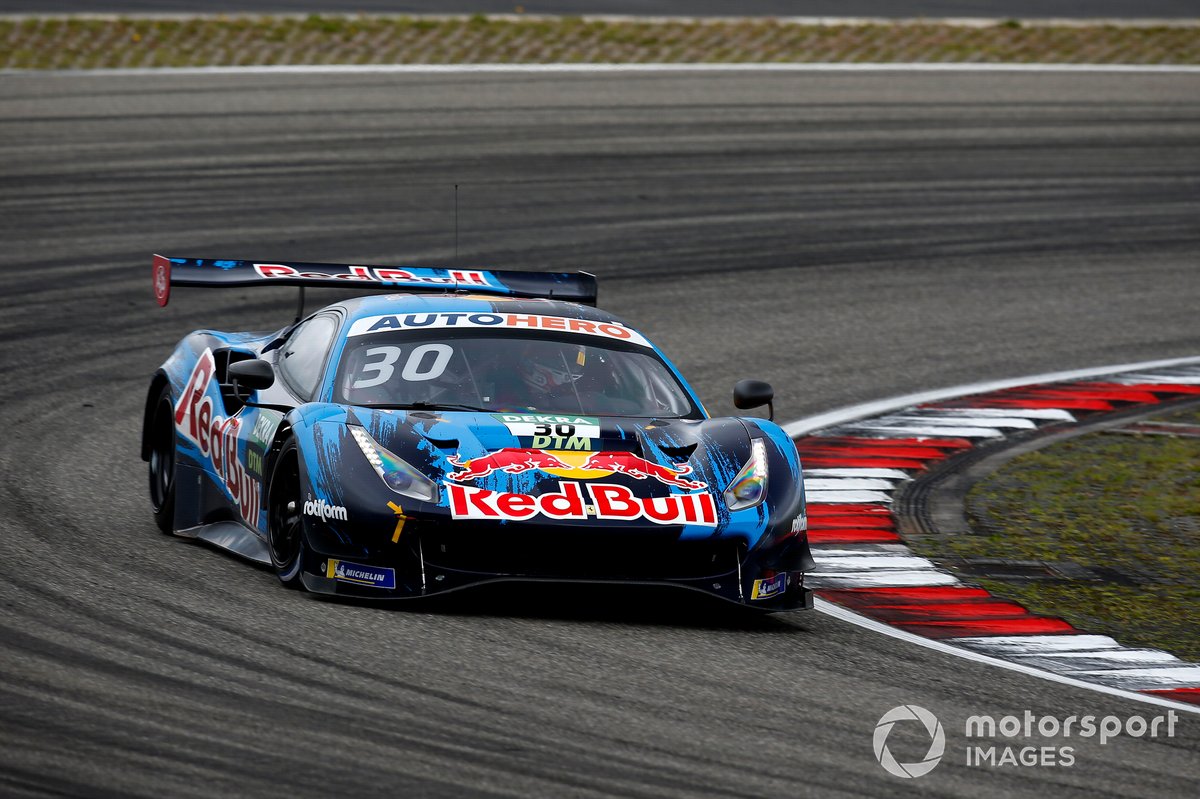 Porsche’s DTM debut ended in retirement after Michael Ammermuller suffered terminal damage to the front splitter of his 911 GT3 R in the opening laps.

Several other DTM newcomers or returnees also had a difficult time at the Nurburgring, with Christopher Haase - replacing Dev Gore at Team Rosberg - also suffering a DNF due to accidental damage.

Winkelhock was only 16th after serving his drive-through, denying the Abt team a chance of a triple points finish, while Christian Klien could only finish 15th in the JP Motorsport McLaren after having to run wide to avoid the stranded Ferrari of Albon.