The laptimes in qualifying were rapid from the very beginning, with the first benchmark set by Christopher Haase in the Team Rosberg Audi already the fastest time of the weekend.

Maximilian Buhk broke the 1m27s barrier in the Mucke Mercedes before he was toppled by the Abt Sportsline Audi of Mike Rockenfeller, the 2013 champion completed a lap of the sprint layout of the Nurburgring in 1m26.812s.

But there was more time to be gained in the first runs, with Rockenfeller’s teammate van der Linde clocking a time of 1m26.168s to go seven tenths quicker than the rest of the field.

The South African found another tenth on his next flyer, which would give him a three-tenths buffer over the rest of the field going into the second part of qualifying.

BMW’s Marco Wittmann was the first driver to close the gap to van der Linde, setting a time of 1m26.322s to move up to second - having sat down in 17th place after his first run.

Ellis then jumped up to second in the Winward Mercedes, going fractionally quicker than Wittmann’s Walkenhorst BMW with a 1m26.262s.

However, neither could topple championship leader van der Linde, who aborted his final run after it became clear that his previous benchmark of 1m26.052s was good enough for pole position.

Ellis held on to second to secure his first front row start since claiming pole position at the Lausitzring last month, while Wittmann qualified third to make it three different manufacturers in the top three - although he will have to do with 25kg of success ballast on his car following his victory in the second race at Zolder.

Daniel Juncadella qualified fourth in the GruppeM Mercedes, ahead of the similar AMG GT3s of Stolz (Toksport) and Maximilian Gotz (HRT). 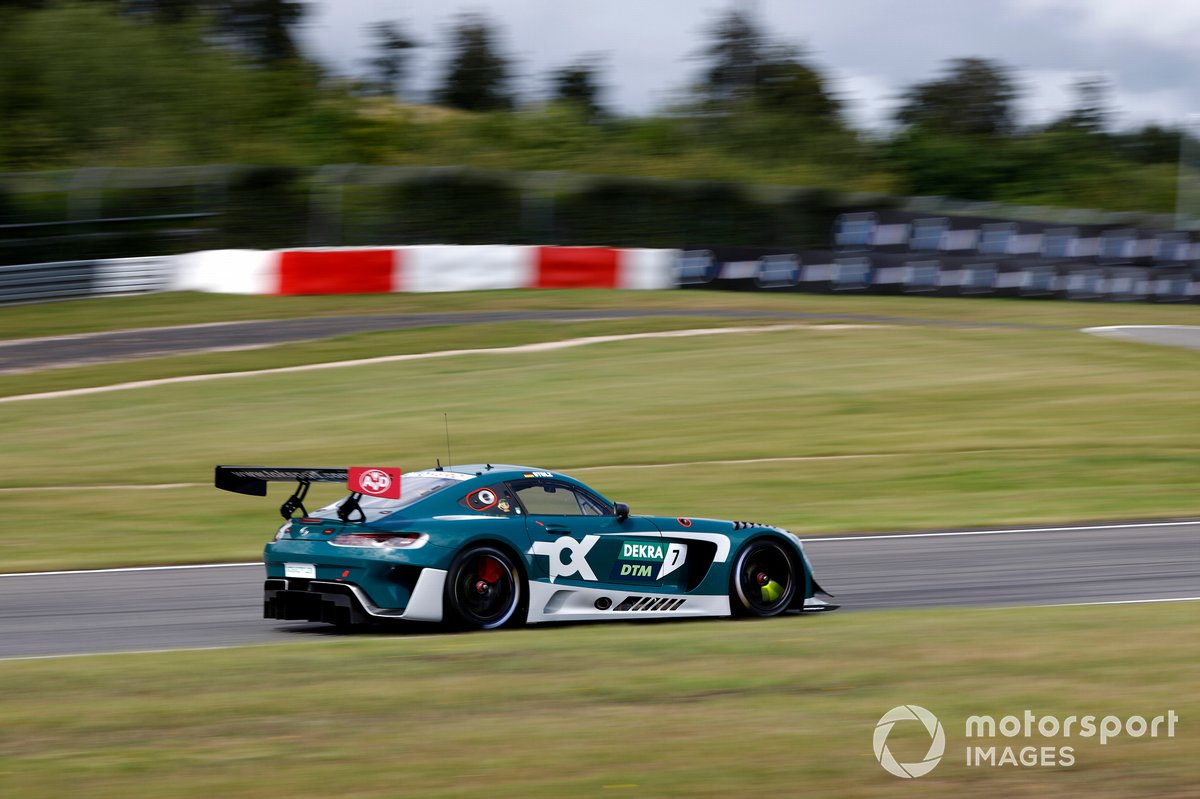 Stolz, a guest driver at the Nurburgring, had originally qualified third for his debut DTM race but was shuffled back to seventh after his quickest lap time was deleted for a track limits infringement. He set another timed lap right at the death of the session, eventually ending up fifth on the grid.

Haase, debuting for the absent Dev Gore at Team Rosberg, was seventh, four tenths off the pace of polesitter van der Linde.

Esteban Muth was Lamborghini’s top qualifier in eighth in one of the two T3-run Huracans, beating the Red Bull Ferrari of Alex Albon and the Mercedes of Buhk.

Red Bull protege Liam Lawson, the closest rival to van der Linde in the standings, was only 11th in the AF Corse-run Ferrari.

SSR Performance driver Michael Ammermuller qualified 20th on Porsche’s debut in the DTM but was only nine tenths off the ultimate pace in qualifying, as all drivers but Hubert Haupt (HRT) lapped within a second off van der Linde’s chart-setting time.