Red Bull Formula 1 reserve Alex Albon clinched a maiden victory in the DTM with a controlled drive from pole position in the second race at the Nurburgring on Sunday.

In a race of attrition that saw nine retirements and two safety car periods, Albon avoided the chaos that ensued behind him to score a second DTM win for the AF Corse-run Ferrari team following team-mate Liam Lawson’s win in the season opener.

At the initial start, Albon made a brilliant getaway to lead the GruppeM Mercedes of Daniel Juncadella, as SSR Performance driver Michael Ammermuller cleared the Walkenhorst BMW of Marco Wittmann to move the Porsche into podium positions.

As has often been the case in the DTM this year, the safety car was deployed on Lap 2 when Maximilian Buhk crashed his Mucke Mercedes into the pitwall after an incident with the fellow AMG GT3 of Lucas Auer (Winward).

Buhk was able to restart the car and park it into a safety position, allowing the race to resume swiftly on Lap 4.

As the safety car peeled into the pits, Albon perfected the restart, pulling away from the chasing pack led by Juncadella with relative ease.

The Anglo-Thai driver had completed his pitstop and emerged back in the net lead when the safety car was deployed for a second time, this time to recover the HRT Mercedes of team owner Hubert Haupt.

At the restart, Albon was placed ninth on track, with eight cars ahead of him yet to complete their pitstops at that time. 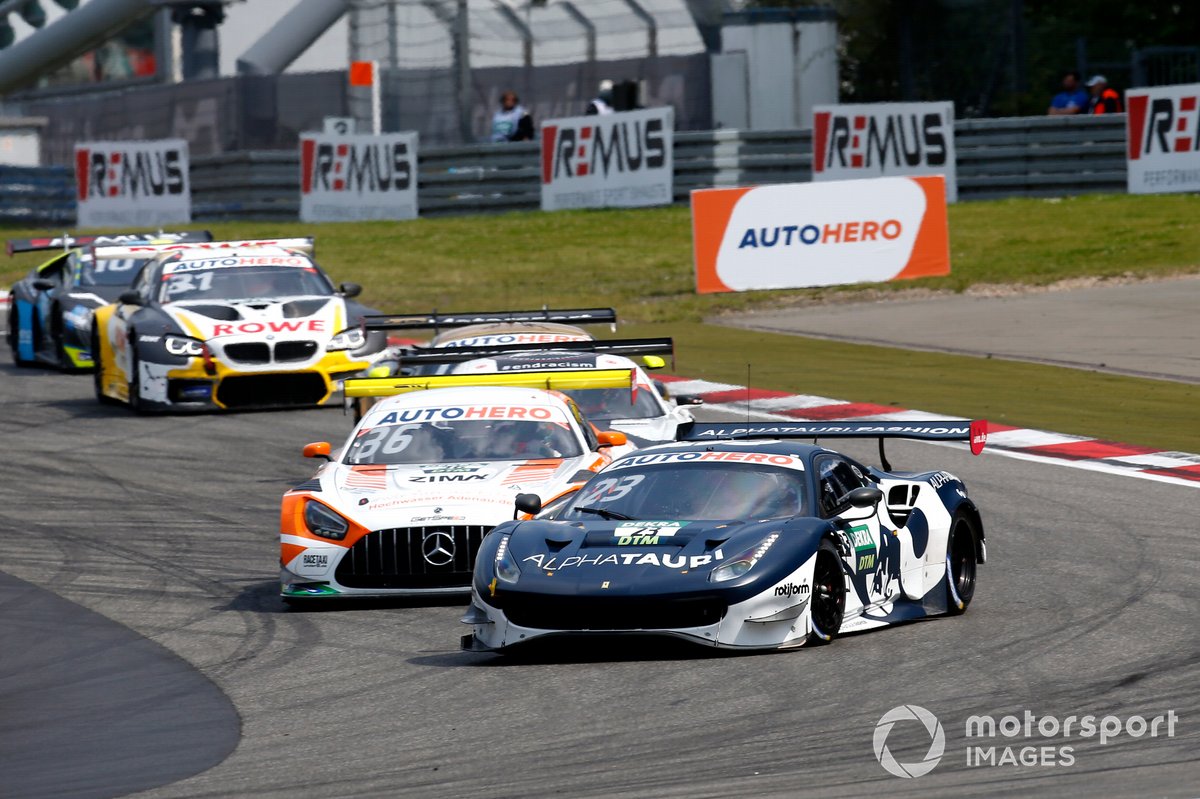 But that was not a deterrent for Albon, with the 25-year-old carving his way through the field while Juncadella - who was in a net second place - lost time in traffic.

By Lap 25 he regained the lead on track, overtaking with JP Motorsport McLaren of Christian Klien under braking at Turn 1.

With his rival Juncadella unable to pass Klien and Nico Muller (Team Rosberg Audi) until they made respective pitstops on Lap 31 and 32, Albon pulled away at the front of the pack, crossing the chequered flag with a winning margin of nearly five seconds at the end of Lap 38.

Wittmann secured his second podium of the season behind Juncadella to add to his victory at Zolder, having passed the HRT Mercedes of Maximilian Gotz at the second restart.

Gotz also had to defend hard from the T3 Motorsport Lamborghini of a charging Esteban Muth, but he held on to fourth position - as Muth logged his best finish in the DTM in fifth.

Auer recovered from a spin at the first restart to finish sixth, benefitting from the timing of the first safety car of the race.

GetSpeed Mercedes Arjun Maini was seventh ahead of BMW factory driver Timo Glock, who finally scored his first points finish of the season in the sole remaining Rowe Racing entry.

Vincent Abril held on to ninth position ahead of Muller, while Klien - who was caught out by the timing of the safety car - could only salvage 11th at the finish.

Only 14 drivers made it to the finish from a bumper 23-car grid, with championship leader Kelvin van der Linde and Lawson the most high-profile retirees from the race. 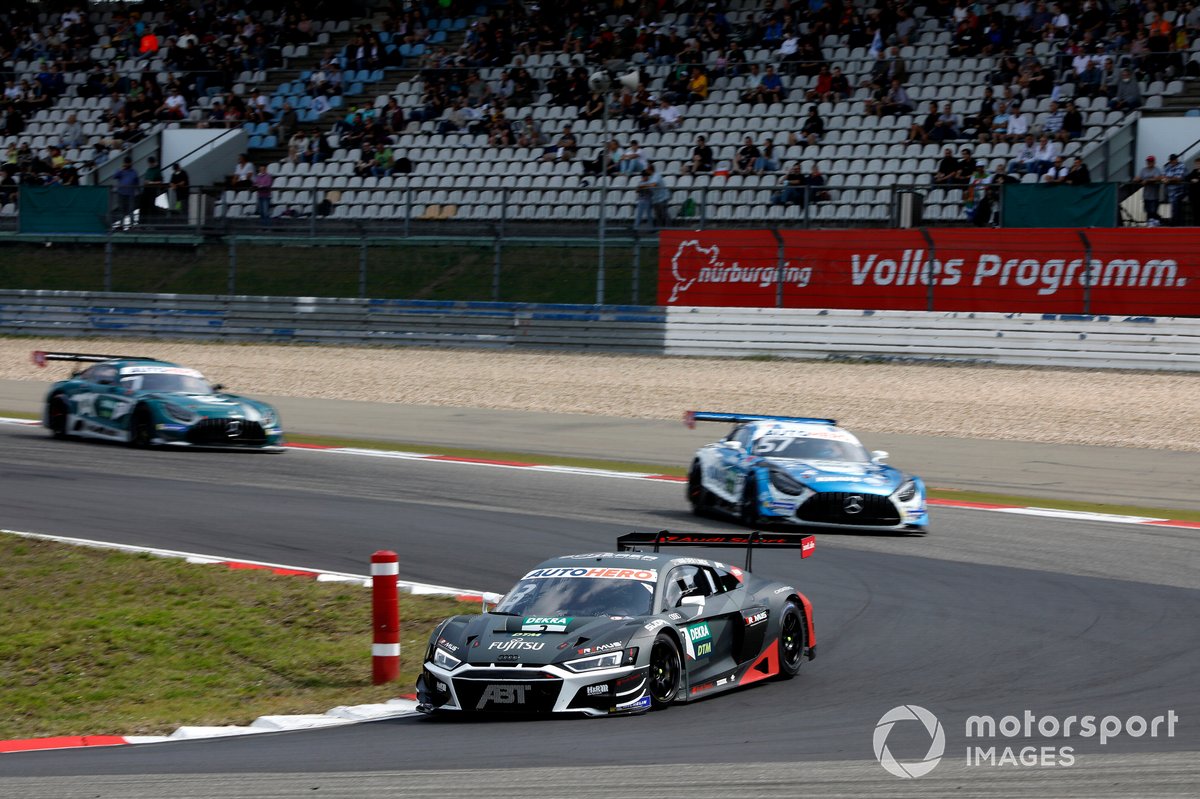 Red Bull driver Lawson had a topsy turvy race from 11th on the grid, taking advantage of the drama at the first restart to jump to fourth place.

However, a rear-left puncture caused following light contact with Gotz left him tumbling back down the order, as he was forced into making a second stop.

But there was more drama for the Kiwi, who also retired from Saturday’s race following a collision, as at the second restart, Lawson pulled alongside van der Linde’s Audi going into the final chicane, but the two made contact as they braked side-by-side into the first part of the corner.

This pitched van der Linde into the path of his Abt Sportsline team-mate Mike Rockenfeller, who was circulating right in front of him on the fringes of the top 10.

Both van der Linde and Rockenfeller were forced to pit and retire their cars, while Lawson was also eventually forced into retirement after serving a drivethrough penalty for the collision.

Other retirees included Ammermuller and Rowe Racing BMW’s Sheldon van der Linde, who had jumped to second place by pitting moments before the second safety car - only for mechanical problems to force him into parking his M6 at the side of the track.