Red Bull Formula 1 reserve Alex Albon feels it would be wrong to say he was “overshadowed” by his younger team-mate Liam Lawson before his maiden DTM win last weekend.

Lawson made headlines for winning on his sportscar racing debut at Monza, with another podium finish at Zolder asserting his position as the closest challenger to championship leader Kelvin van der Linde.

Albon, meanwhile, has had a relatively quiet start to his first season in the DTM, claiming his first podium in the fifth race of the year - although he was retrospectively promoted to third in the season opener following Vincent Abril's disqualification from the race.

The Anglo-Thai driver had previously explained that he had been struggling to put together a clean lap in qualifying, largely due to traffic, which meant that he always faced an uphill challenge in the races.

He finally made amends for that at the Nurburgring on Sunday, mastering the tricky wet conditions in second qualifying to put his AF Corse Ferrari on pole.

He followed that result with a brilliant drive in a dry race, surviving two safety car periods to complete a lights-to-flag win.

Speaking after his first victory in any category since the 2018 Formula 2 feature race at Sochi, Albon was keen to shoot down suggestions that Lawson had an upper hand over him in the first  half of the season.

The 25-year-old pointed out that he had been sitting a respectable fifth in the championship prior to the weekend, and has now overtaken Lawson in the standings after the Kiwi endured a nightmare weekend at the Nurburgring.

When asked what this victory meant to him after being overshadowed by Lawson in the first three rounds, Albon said: "I don't think I've been overshadowed. It's just normal to take a bit of time to get used to a car, coming from an F1 car to a GT3 is a bit of a step.

"And looking at it, I've had a few races [where I have] been pretty strong, it's just struggling a little bit in qualifying. 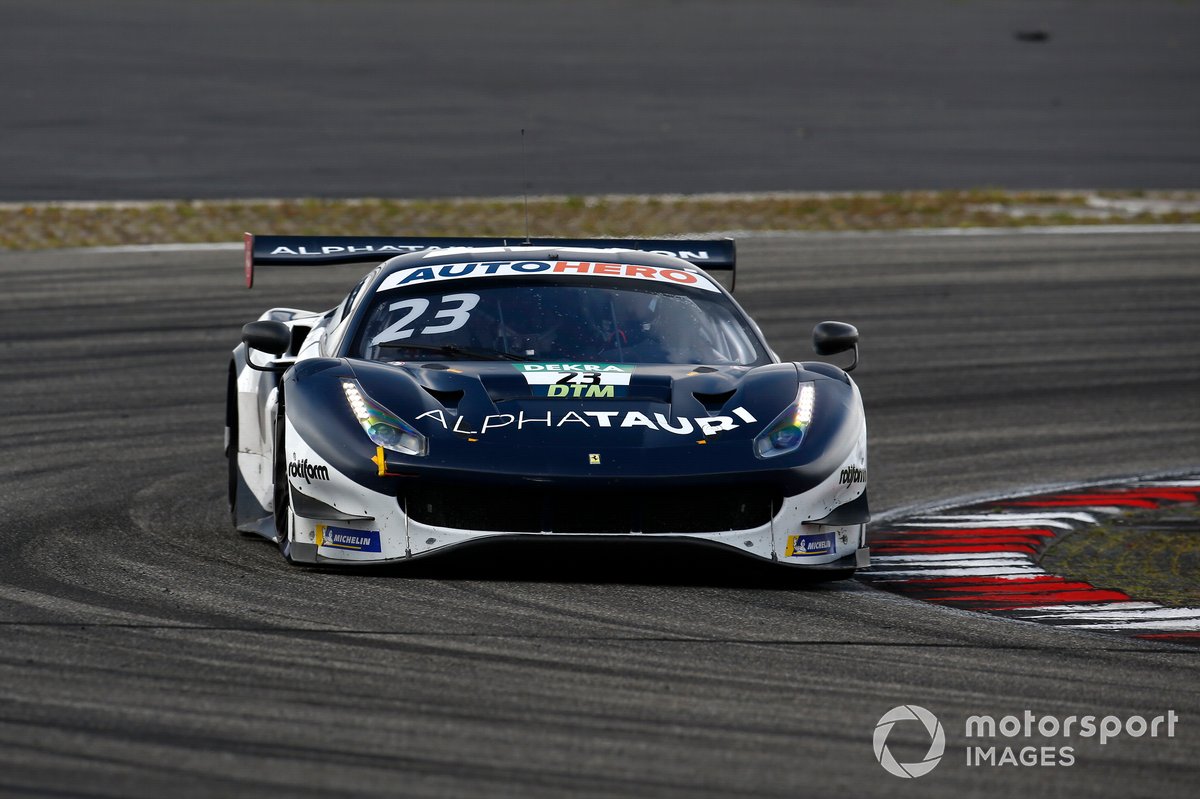 "This weekend and [at the previous round at] Zolder it's been positive and we've been making progress.

"Still until Saturday, I don't know where we are in the championship now but we were fifth [until Race 1], so it's not like we are at the back driving nowhere.

"We've been competitive so I think for my first year in DTM it's not been going too bad."

The key to Albon's race victory was the second restart, where he found himself ninth on track - albeit still in the net lead - with Mercedes' Daniel Juncadella right behind him.

But Albon was able to carve his way through the field with relative ease, dissipating any threat of an attack from Juncadella under traffic.

"It was a tricky one," he explained. "[At] the race start and the first safety car [restart] you are in control, so it's not that difficult. As long as you get a decent launch you'd be ahead into Turn 1.

"But [at the second restart] we were starting P9 and Dani was P10 at that time. You are in a position where you don't want to be too aggressive because you're actually in a net lead, but at the same time you have to get through [traffic] quickly because the others are going to do it.

"So it was kind of that thing where you had to be [both] aggressive and careful. Luckily, I think after that second restart we were up into P4 straight away and that really dictated the race because from there on I didn't have to worry too much about cars behind and I can take the other guys off one by one." 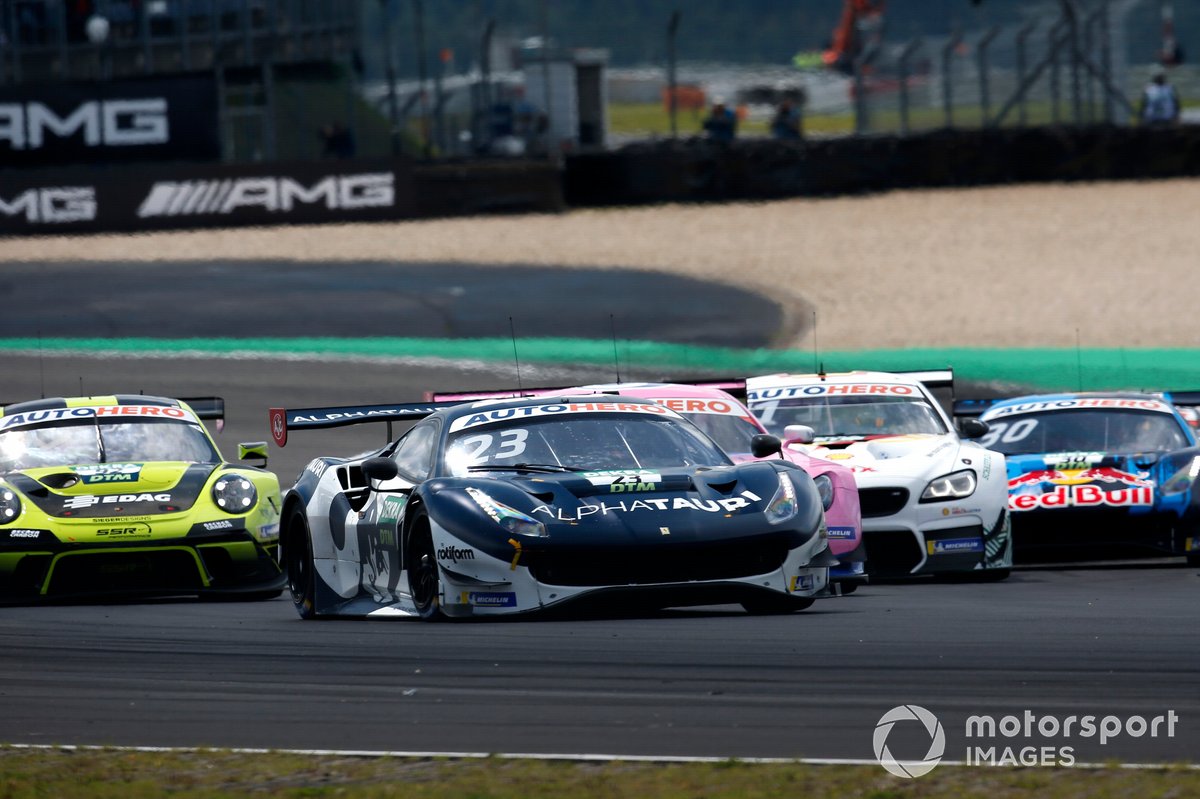 Albon was downbeat after suffering his first DNF of the season in Race 1, but credited the AF Corse team for transforming his Ferrari into a race winner overnight.

"Coming from Saturday we were quite far behind in terms of pace and especially race pace, and it was looking a bit gloomy for Sunday, but the guys did a lot of work overnight," he said.

"We were just struggling to switch on the tyres and knowing the rain we got pole position, but it was almost like 'okay, now what?' because it was dry for the race.

"Fortunately we still kept that set-up philosophy and it worked. It's been a great day for the whole team and myself.

"Starting this year we were a little bit on the back foot with experience and each race has come by and we've made a step forward.

"Zolder was already a good weekend for us and now coming here it's been another step forward. Hopefully we can keep that momentum."