Preparations for the Japanese guest teams this weekend were made challenging by mixed conditions during two hours of SUPER GT-specific testing on Thursday, while Friday had both wet running and dry running.

Qualifying began in the wet and moved into dry conditions as Button took an impressive sixth place on the grid, while in the dry race he drove to ninth after a botched pitstop dropped him to 16th mid-race.

Button is in a unique position in that he is the only SUPER GT driver competing in all sessions - as opposed to the two-driver entries from Nissan and Lexus - while his Kunimitsu Honda is also the only mid-engined car in the field.

The 2009 F1 world champion outlined ahead of Friday's running that he would have to come to terms with DTM-specific situations such as standing starts, Indianapolis-style restarts and pitstops that only focused on tyre changes, as opposed to driver switching and refuelling as happens in SUPER GT.

An added complication was the DTM's use of DRS and push-to-pass, provisions SUPER GT cars do not have.

After losing 17.9 seconds at his pitstop, compared to sub-10s stops for DTM regulars, Button's recovery was boosted by the two WRT Audis clashing and Nico Muller receiving a drivethrough penalty for pitlane speeding.

But Button also pulled off overtaking moves to get into the top 10 - notably coming out on top against Sheldon van der Linde when the BMW driver pushed him off-track as they navigated a pack of cars. 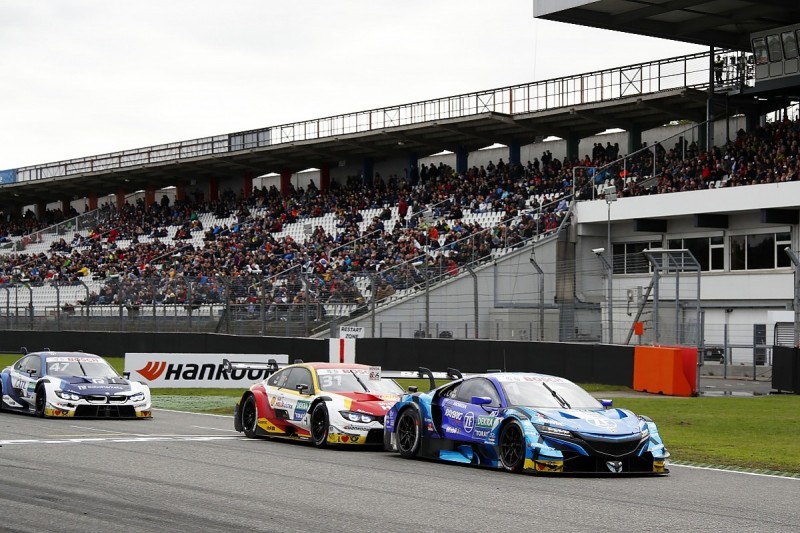 Asked to explain the differences between DTM and SUPER GT cars after his experience of racing together, he said: "The way the cars work are very different.

"When they're not using DRS we have a bit more speed, but it's not as much as I thought. Braking with us is very strong, we're very good at braking.

"But it's the lateral loads, the traction, which we really struggle with.

"These guys [DTM] look like they're just planting their foot and it's just really good grip when laterally loaded, whereas for us when we touch the throttle it immediately goes to snap-oversteer, and I think that was some of our problems in the wet as well.

"So that's a big weakness for us, and it makes it very difficult to get on the power for that long straight down to Turn 6. And the high-speed corners as well.

"They're able to put the car places we can't really go because we can't get there. The car feels a bit lazy, and also I think we're running it a bit too low.

"So if we do get there we hit the kerb and we take off."

All of the SUPER GT drivers have stressed the use of a spec Hankook tyre for the DTM event - compared to SUPER GT's tyre war - has proven the steepest learning curve.

Set-up work on SUPER GT machines themselves is largely limited as the focus is on bespoke tyres that suit the car for certain conditions, meaning the SUPER GT teams had to experiment with set-up directions they had never used, while also learning a new circuit, in Germany.

"We obviously learnt a lot, but in terms of where do we go with the set-up, it's very difficult because we've never been in this window with the car before," said Button. 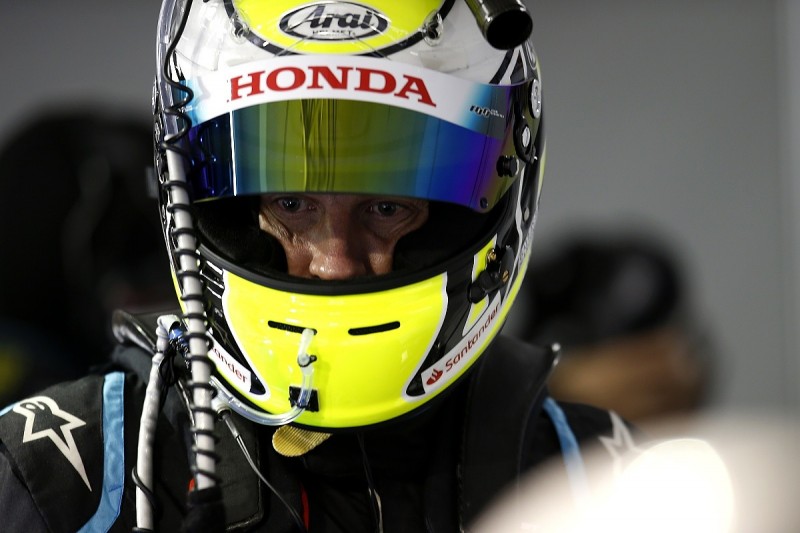 "In Japan, we have a basic set-up in the car, which has been developed in Japan, simulations and what have you. And we just throw tyres at it.

"So basically all of our mechanical work is through the tyre. So coming here is all new.

"We're running the tyre in a place we've never run it before, so there's a lot to learn and a lot of information to take into tomorrow."

Several leading figures in the Hockenheim paddock had suggested the SUPER GT machines would be quicker on the straights due to their more powerful engines and more advanced aerodynamics.

"Strangely enough, I thought we'd have more straightline speed compared to DTM, but it's not the case, especially when you're using DRS," said Button.

The DTM and SUPER GT will review Saturday's performances to decide whether they need to enforce a Balance of Performance on Sunday, having concluded not to do so ahead of race one.