Audi's Mike Rockenfeller was fastest in qualifying for the final DTM race of 2019 at Hockenheim, but will only start sixth due to a grid penalty earned during Saturday's race

In torrential rain conditions, Nico Muller came out on top in the early battle for pole before stringing together two quicker times in the final five minutes to end up on a 1m50.813s that looked like it would be the benchmark.

That time had placed Muller just 0.002 seconds clear of Rockenfeller but the Phoenix Audi driver improved next time around to take what would have been his first pole of 2019 courtesy of a 1m50.800s lap.

But Rockenfeller will not start from the front due to the fact he has now accumulated three black and white flag warnings during the 2019 season.

The last of those was earned for forcing Marco Wittmann off the track as they battle for second in race one, and reaching three warnings has triggered a five-place grid penalty.

That means Muller will start the race from first place, with the best-placed BMW of Timo Glock starting alongside him on the front row. 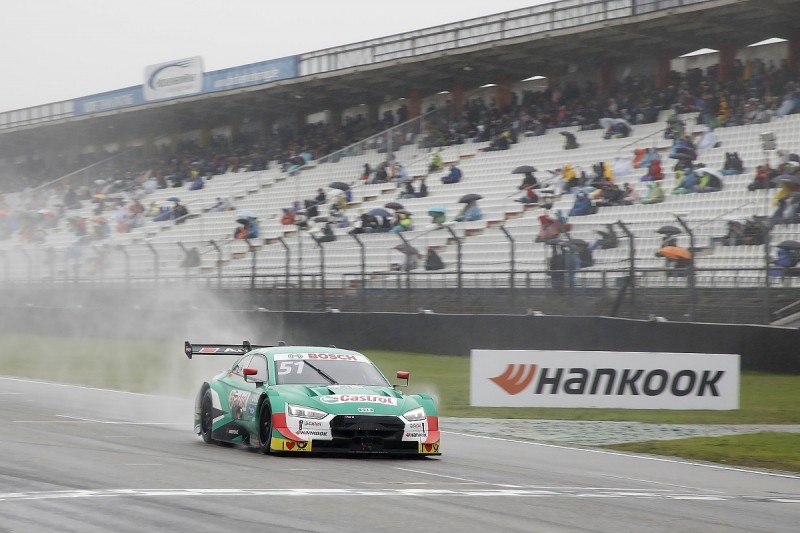 Audi's Jamie Green will line up third ahead of the BMWs of Joel Eriksson and Marco Witmann, with Rockenfeller slotting into sixth.

Eventual champion Rene Rast will line up eighth alongside Eng.

Their team-mates Daniel Juncadella and Paul di Resta had more difficult sessions, qualifying 17th and 18th - with the latter having an off at the Sachskurve but continuing.

The pair start behind the leading SUPER GT machine of Nick Cassidy, who put his TOM'S-run Lexus 16th with his final flying lap. 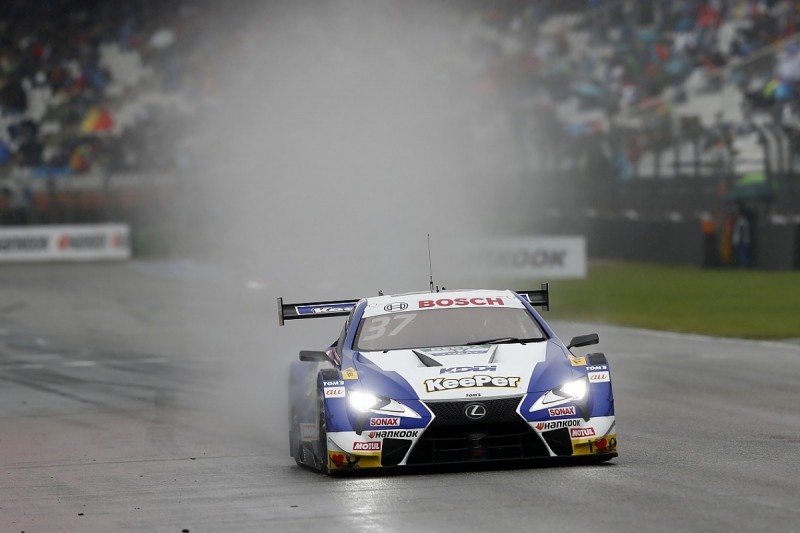 Jenson Button could only place his Honda in 19th and the final SUPER GT entry of Ronnie Quintarelli - who will start 20th in the NISMO-run Nissan.

During qualifying, it was announced that BMW had requested for a seal to be opened on an additional engine, meaning the first four BMWs in the race cannot be counted in the manufacturers' championship.

Audi had already sealed the manufacturers' crown at the Lausitzring in August.