Van der Linde was largely untroubled on his way to a fourth win of the year in his Abt Sportsline R8 LMS GT3 and wiped out his 15-point deficit to Red Bull junior Lawson, who could only finish fourth in his AF Corse Ferrari 488 GT3.

South African ace Van der Linde's cause was helped on the first lap when GetSpeed Mercedes driver Arjun Maini misjudged his braking point into the Turn 6 hairpin and clattered into second-placed Lucas Auer's identical Winward example, which brought out the safety car.

Lawson, who had lost out to Maini by banging wheels with Maximilian Gotz as they exited Turn 2 on the opening tour, took the restart in third behind Gotz's HRT Mercedes and both cars pitted immediately when the window opened at the end of lap five.

But their hopes of undercutting van der Linde - who had built a small gap for himself at the restart - were short-lived and the Audi emerged well clear of the chasing duo when he came in one lap later.

As Gotz slipped back to fifth, complaining of brake problems, Albon was on a charge from his lowly ninth position on the grid.

The 2022 Williams Formula 1 signing made a relatively late pitstop on lap 12, but eight laps later muscled past the early-stopping Lawson into Turn 6 for his fourth podium of the season. 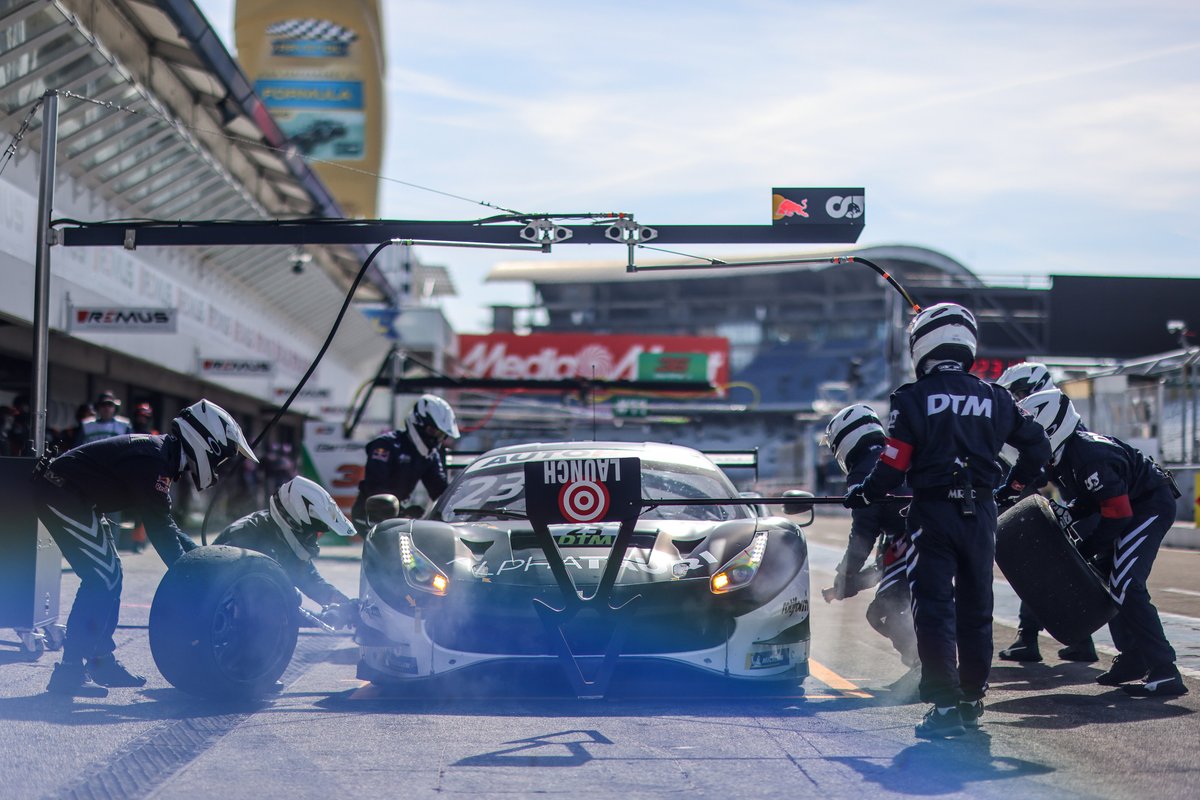 Stopping for new tyres just 11 laps from the finish, Rockenfeller picked up drivers one by one in the final stages of the race and Lawson was unable to repel his challenge into Turn 8.

Behind Gotz, Esteban Muth finished an excellent sixth in the lead T3 Lamborghini ahead of the Mercedes cars of Dani Juncadella (GruppeM), Philip Ellis (Winward) and Vincent Abril (HRT).

The top 10 was rounded out by Rowe Racing’s Timo Glock, the BMW driver bagging the final point following a long tussle with the Mucke Motorsport of debutant Marvin Dienst.

Having entered the weekend second in points, two-time DTM champion Marco Wittmann’s title hopes took a big hit after he was forced to retire his Walkenhorst BMW with accidental damage.

He had slipped from 13th to 17th after damaging his car in the opening lap incident between Auer and Maini and could never recover thereafter, bringing his car into the pits on lap 24 while running outside the points.