© 2021 Motorsport Network. All rights reserved.
TV Tickets Fashion Giorgio Piola Jobs
Previous / Switch to fully-electric power would be against DTM DNA - Berger Next / DTM brings a bespoke brake disc to be used only at the Norisring
DTM News

Rockenfeller's fastest effort of all was set in the longer, opening 45-minute practice session, in which he set the best time of 46.527s that eclipsed the 1.43-mile circuit's current qualifying lap record, set by Tom Blomqvist in 2017, by seven tenths.

That time left 2013 champion Rockenfeller 0.130 seconds clear of Loic Duval, as Audis locked out the top four and occupied six of the top eight positions.

Duval turned the tables in the half-hour long FP2 session with the fastest time of 46.635s, beating Rockenfeller by a tenth and a half.

The BMWs fared better in this session; Bruno Spengler set the third-fastest time and was less than two tenths away from Duval's benchmark.

Phillip Eng - who had been BMW's lead runner in fifth in FP1 - was next up.

Misano race two winner Nico Muller was fifth in his Audi RS5 ahead of the similar Team Rosberg-run car of points leader Rene Rast, while BMW runners Timo Glock and Joel Eriksson were next up. 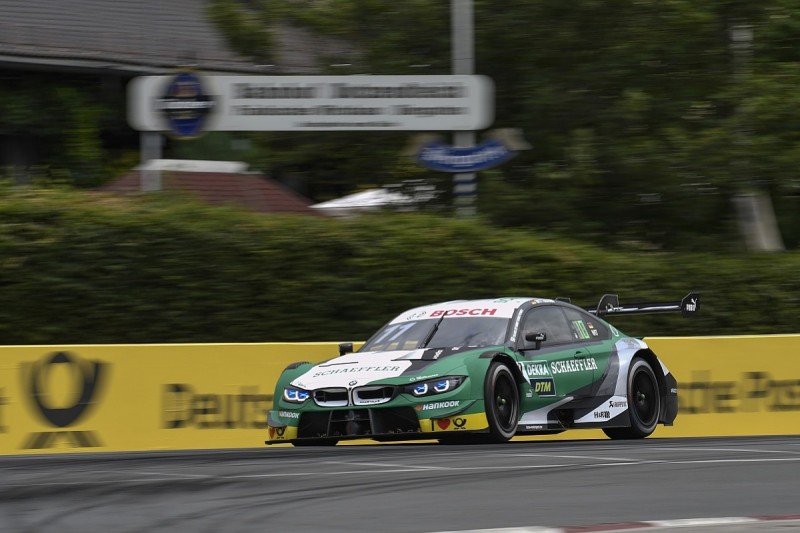 Daniel Juncadella was the R-Motorsport Aston Martin squad's lead runner in both practice sessions, though he slipped from ninth in FP1 to 14th in second practice as the field bunched up.

Juncadella nevertheless ended FP2 six tenths off the pace, and 0.235s ahead of the second Aston Martin Vantage of Paul di Resta.

Di Resta ended what was a difficult FP2 for the R-Motorsport squad slowest of the 16 cars that took to the track, as neither Jake Dennis or Ferdinand Habsburg recorded a time in their Vantages.

A car issue earlier in the day also limited Dennis to just 12 laps in an FP1 session in which he finished 16th, ahead of the WRT Audis of Pietro Fittipaldi and Jonathan Aberdein.