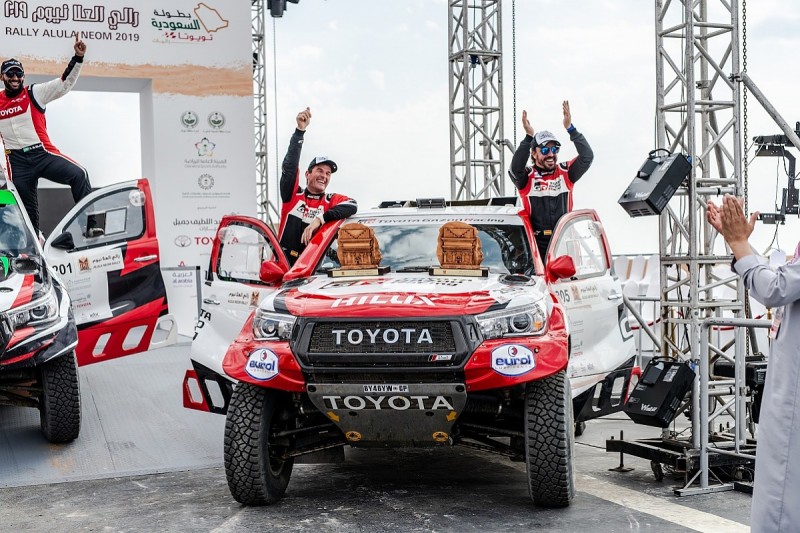 When Fernando Alonso climbed aboard the Toyota Hilux with Marc Coma at his right hand less than three months ago, no one could have convinced the double Formula 1 world champion that it would take him so little time to collect his first rally raid podium trophy.

The South African division of Toyota's factory Gazoo Racing programme - which is responsible for the Dakar Rally effort - didn't even appear likely to give Alonso the opportunity to fight for actual results before his debut on the Dakar Rally itself in January 2020.