Organisers have no plans to stop Dakar despite French minister comments

Dakar Rally director David Castera insists the organisation has no intention to cancel the 44th edition of the event despite comments from France's Foreign Minister.

On Friday, Jean-Yves Le Drian said the possibility of cancelling the rally was "still on the table" after an assistance car belonging to French team Sodicars Racing exploded outside in Jeddah on 30 December.

Driver Philippe Boutron suffered a "very serious leg injury" as a result of the explosion, while the five other people in the car escaped unharmed.

French Foreign Minister Le Drian said it could not be ruled out that the explosion had been a terrorist attack, adding stopping the event would be a prudent decision.

The French anti-terrorist prosecutor's office announced the launch of an investigation earlier this week.

"We thought that perhaps it was better to suspend this sporting event, but the organisers thought not, but we have to be very prudent," Le Drian said in an interview with BFM TV's morning show.

"At the very least, they had to reinforce security, which they have done. The question is still on the table."

But rally director Castera made it clear on Friday that there are no plans to stop the rally at the moment, and that security has been considerably reinforced to avoid any kind of incident in the second week.

"Not at this stage, because the investigation is still ongoing," Castera said on French TV. "And as the minister rightly said, the question is to know what happened on the 30th.

"That is the question we would like to be able to answer today for Philippe and for his family.

"We have put in place a lot of additional security measures in coordination with the Saudi authorities. You can see it in the bivouac, around the bivouac, at the start and finish of the special stage... all to maintain an optimal level of security. 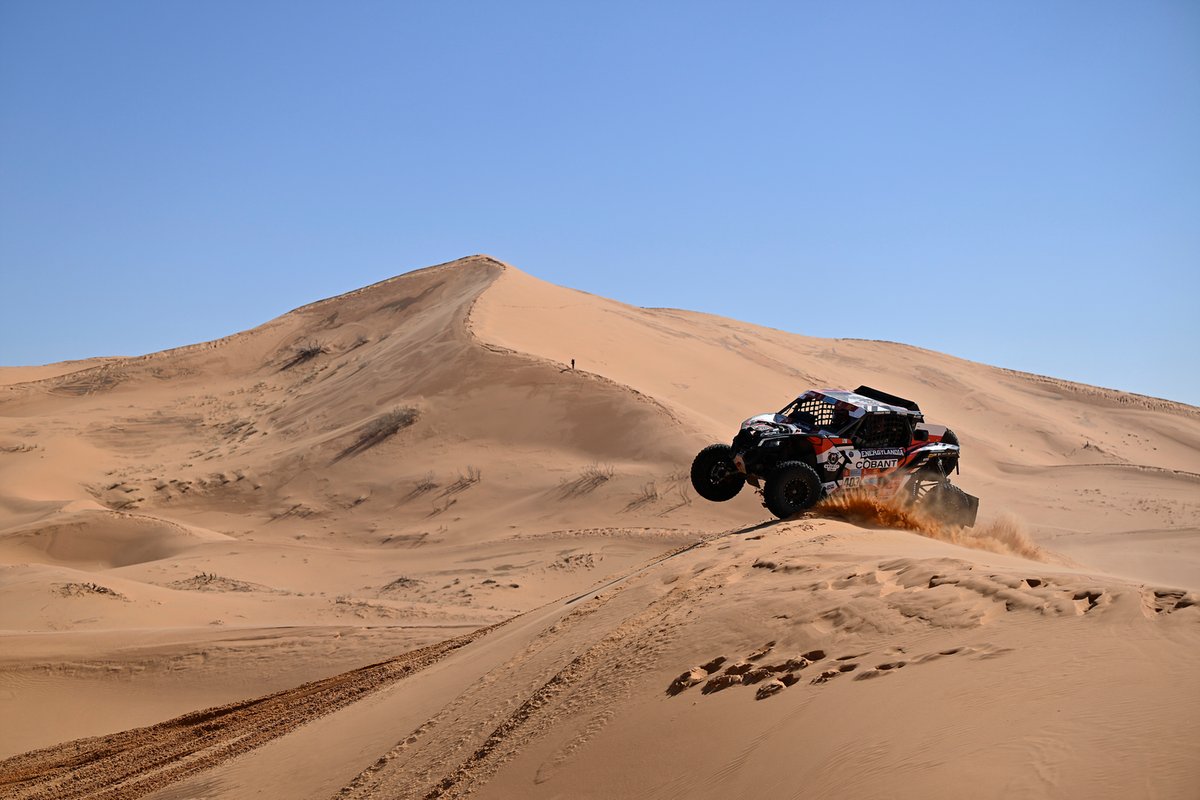 "We are asking ourselves a lot of questions, but until we get the answers, we won't draw any conclusions. For the moment, we are going to finish this rally and then we'll see."

Castera makes it clear that ASO's management is affected by the situation and that they hope that the sporting aspects will come first.

"I am very sad. I spoke to Philippe two days ago. The first thing I have to say is that he is an incredible guy, I was impressed to talk to him. I feel a lot of sadness.

"We organise a sporting event whose aim is to enjoy ourselves, to live the passion and in no case to be victims of attacks, if that hypothesis were to be confirmed. I am deeply saddened and my thoughts are with Philippe at all times.

"We will try to stay well and fight to ensure that sport takes precedence over everything else."

The Dakar reached its halfway point on Friday with its sixth stage. Saturday will be a rest day in Riyadh before competition resumes on Sunday.