Carlos Sainz says he has to target victory in the 2022 Dakar Rally after joining forces with Audi, but is aware of the "gigantic challenge" the German manufacturer faces with a complex electric powertrain.

The Ingolstadt-based manufacturer is entering the Dakar with the radical RS Q e-tron, taking advantage of new rules that will allow it to challenge for outright victories with an electric-powered car.

However, the nature of the powertrain has added an extra degree of challenge and head of Audi Sport Andreas Roos admitted last month that a lot of work remains to be done following a two-week test in the Moroccan desert.

Sainz nonetheless says merely finishing the rally next January "won't be enough for me" and is gunning for a fourth Dakar victory following his previous successes with Volkswagen, Peugeot and Mini.

"The Mini project also had an expiry date, at my age I needed a project that was enticing enough to know that you are going to put all your energy and motivation into it, and this adventure has all the ingredients for that," the Spanish driver said in an event organised by Audi Spain attended by Motorsport.com.

"Our aspirations now are to try to win the Dakar in the first year with this car. Are we a bit crazy? Maybe yes, but we are ambitious and that has to be the goal.

"Maybe in three months' time it will change and we'll have to back off, but I know that the objective of just finishing won't be enough for me after all these years." 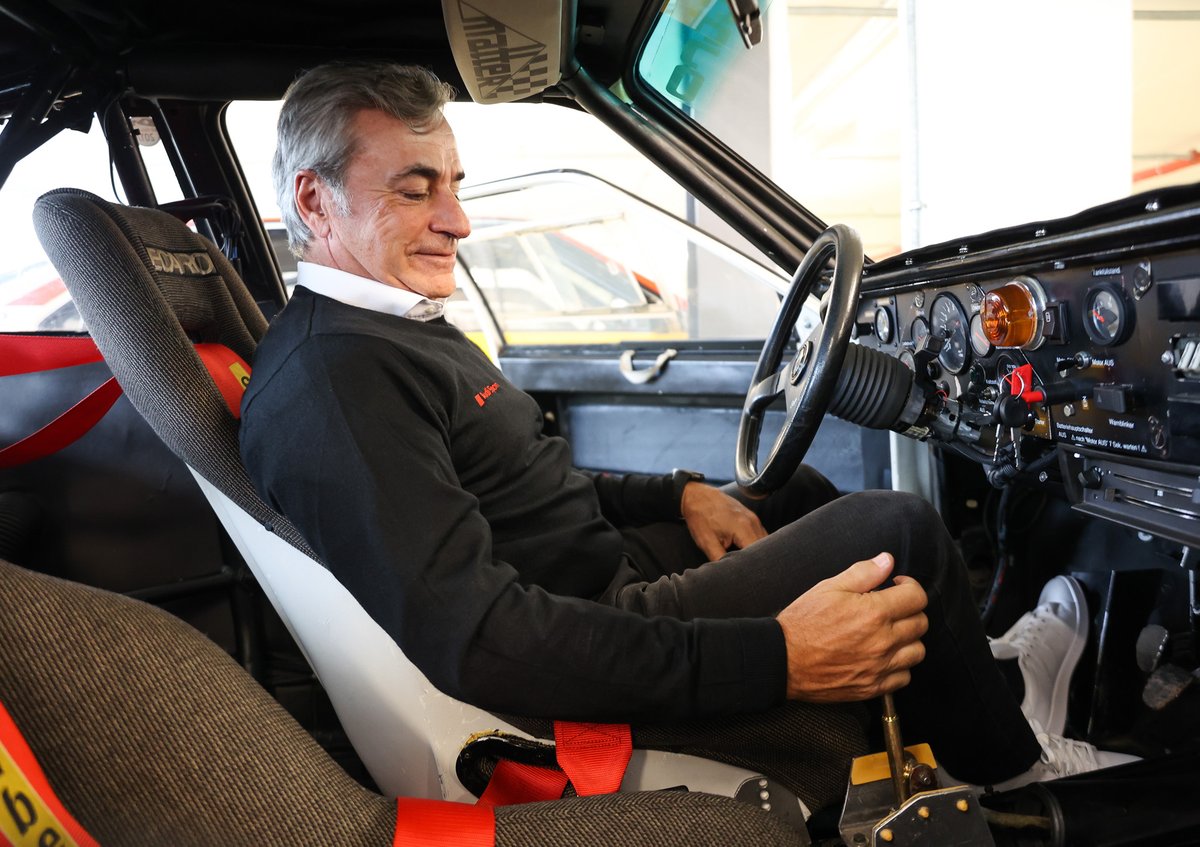 The Audi RS Q e-tron features an electric motor derived from the manufacturer's now-defunct programme in Formula E, while the car also houses a four-cylinder DTM-derived turbo engine to ensure the batteries can be recharged for the long marathon stages.

Audi had previously described the RS Q e-tron as the most complex car it has ever built, surpassing its all-conquering R18 LMP1 car that won the Le Mans 24 Hours three years on trot.

"The first sensation when you get into this car is that it runs as you accelerate; you don't have to release the clutch, or put it in gear, or change at the right revs as I did in the Dakar and rally cars until now. Here, you accelerate and you're off to the front," explained the 59-year-old, who will again have Lucas Cruz as his co-driver.

"For example, I had never worked with engine braking before and it's super effective on this car, it's spectacular. The torque and the power is immediate.

"Passing dunes is much easier, you don't think about the gears, you don't take your hands off the wheel, you think about where you're going to pass, concentrated, without having to think about what gear you have to engage, whether or not you'll be able to climb.

"Perhaps the fun of this whole challenge is to work on things that I hadn't worked on before. It's a continuous learning process to know how the car works, and the improvements you can make.

"For example, the engine braking, which I always had a disc brake feeling, and now the pedal travel has a software part that brakes the front and rear engine depending on the configuration before using the brake calipers. It's all software management based on the settings you put on it.

"It's really impressive on a technological level the amount of parameters you can play with, also with the virtual differential; when you accelerate or brake you have a percentage of locking of that differential. It's complex, difficult, but exciting.

"For me it's something new that I'm learning, it's never too late and I've jumped on this train, which is very new. When I compare all the cars I have driven with this, you can imagine that the evolution is brutal." 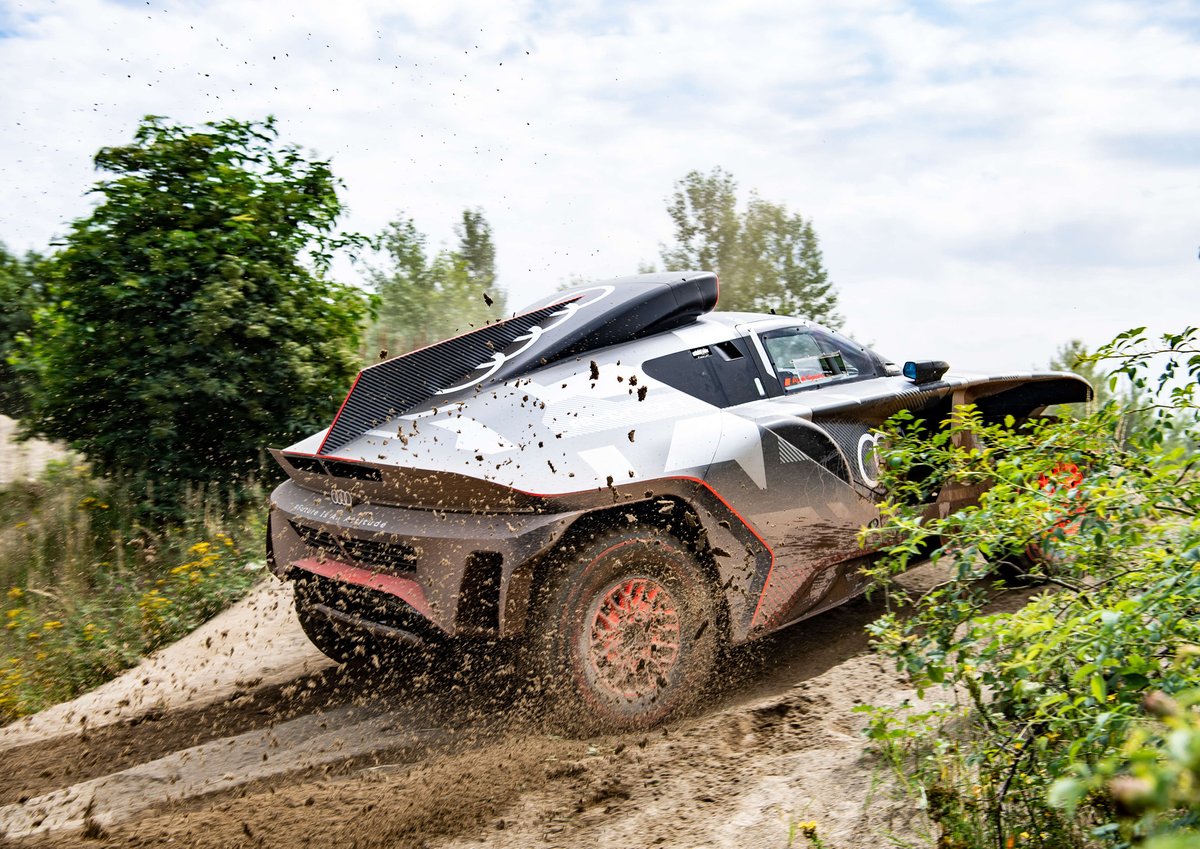 While Sainz has set high ambitions for Audi's first foray in Dakar, the Spaniard is under no illusion about the scale of challenge the German manufacturer faces with its new prototype.

"This is a new project and a project like this for the Dakar, the first year is very complicated, there are always days missing, tests and so on," he said.

"When you get to Morocco, where everything comes to light, there is always a lack of time, and on top of that you have to multiply it by two-three times, because this is a gigantic challenge, with a unique technology in the Dakar, which makes it even more complicated."

Audi had originally planned to contest the Morocco Rally on October 8-13 to prepare for the Dakar Rally, but it later chose to shelve those plans in favour of more testing.

It has the option of taking part in the Ha'il International Rally on December 6-11, but it will depend on how the second round of tests in Morocco pan out, as well as the logistics involved in shipping cars and equipment to Saudi Arabia in less than a month's time for Dakar in January.