The British Touring Car Championship was enjoying a boom period in 1996, and was an ideal platform for young drivers to benchmark themselves against top-earning tin-top aces. One single-seater star got as close as is possible to making his debut, only for a badly-timed high-speed shunt in a pre-event test to leave that avenue unexplored

When a shove from Alain Menu sent Kelvin Burt’s Volvo 850 thundering into the Cascades earth bank in the 1996 British Touring Car Championship round at Oulton Park, leaving the 1993 British Formula 3 champion heavily concussed, Tom Walkinshaw Racing needed a replacement driver for the next round at Snetterton.

Fortunately it had a ready-made candidate in the form of its Formula 3 rising star Jamie Davies, but the 1994 McLaren Autosport BRDC Award winner never made it to the start line after a puncture caused the biggest accident of his career in a pre-event test.

Using the Vauxhall-Speiss engine with which Oliver Gavin had won the 1995 British F3 title, Davies had made a flying start to the 1996 season with TWR’s new F3 arm by winning two of the first three races. But the year went downhill thereafter when the squad made the fateful decision to take engine development in-house, leaving Davies distinctly unimpressed with the result - “they absolutely destroyed the thing” - and tumbling down the pecking order.

But his early season form had been enough to convince TWR that it need look no further while Burt recovered, and it was planned that Davies would fill in at Snetterton.

With his only previous tin-top experience coming in a rear-wheel-drive Schnitzer BMW that he’d track-tested for Autosport at the Nurburgring the previous year, Davies had no real reference for the front-drive 850. Whereas the BMW “responded in a very similar way to a single-seater, you could be quite smooth with the car and carry a lot of corner speed”, he found the Volvo especially nervous in his first test at Silverstone.

“I was able to wring a laptime out of it and be fairly quick straight away, but in terms of it feeling comfortable, they were quite tricky cars to drive,” says Davies, who beat the likes of Richard Westbrook, Jonny Kane and Peter Dumbreck to the 1994 MABA prize. 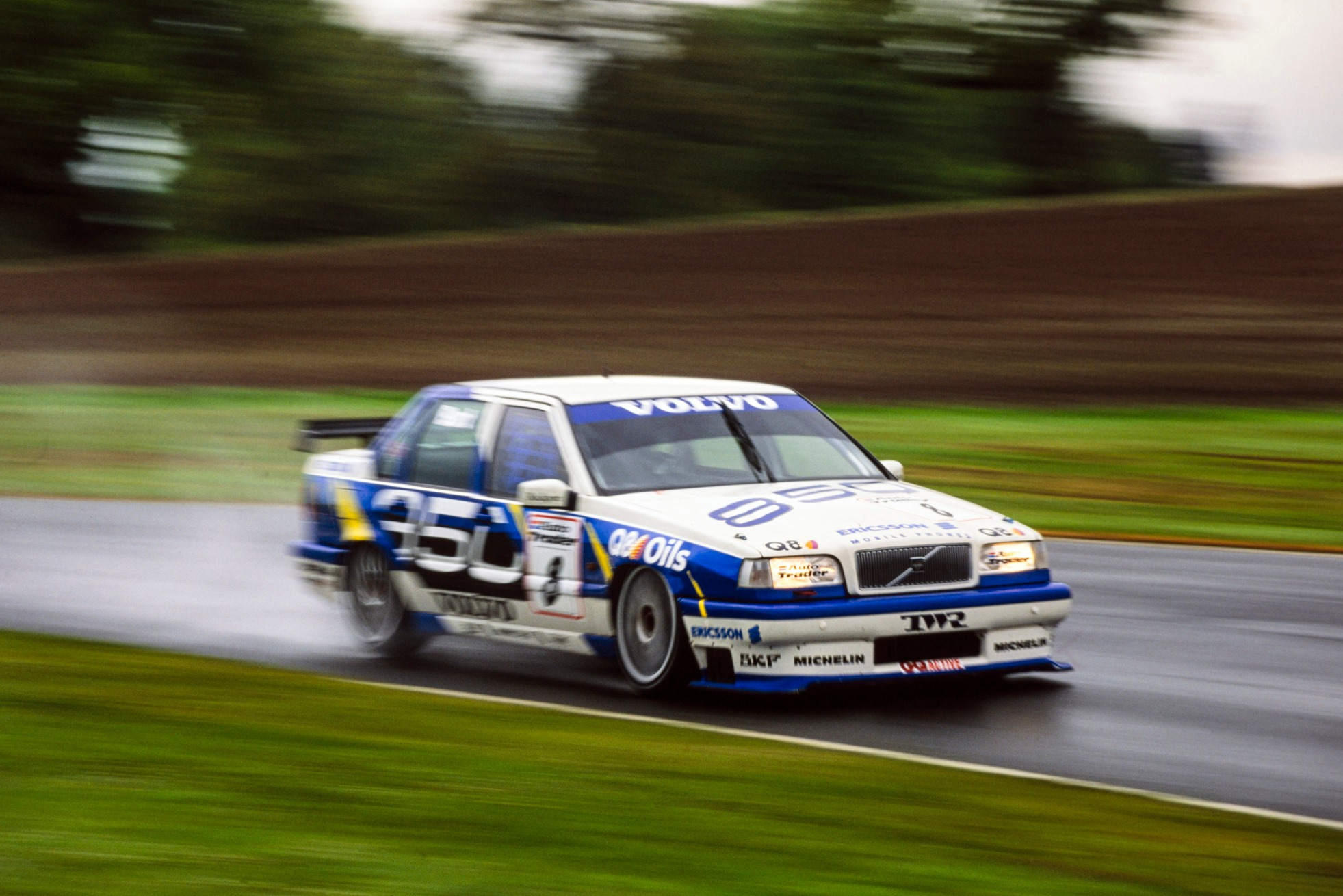 “Being front-wheel-drive, it was very difficult to generate tyre temperature on the rears. It was very edgy, I had situations where you would turn into the corner and it would start pivoting around the front, the rear feeling very insecure.

“But saying that, it was quick! It had a good front end and providing you had the correct tyre temperature, and the correct set-up, it worked very well and it was obviously a very competitive car and satisfying when you did a quick lap.”

Come the Snetterton test, Davies was building confidence in the car when his left-rear tyre deflated on the approach to the fast Riches right-hander at the end of the pit straight. He tried to catch the slide and keep the car on the road, but to no avail. He hit the ploughed field sideways, tossing the Volvo into a series of rolls in which he was knocked unconscious.

“At the time, I was so focused on single-seaters, it never even entered my head that I could do a career in touring cars. It wasn’t something I looked at because Formula 1 was my goal and all of my focus was going in that direction" Jamie Davies

“I woke up in the car with an oxygen mask on, a brace all down my back and a drip in my hand while they were moving me from the car - it was a pretty big one!” he says.

Due to the severity of impact, some of the memories of the crash remain hazy. But Davies reckons his touring car inexperience exacerbated the incident, as he still retained the mindset from single-seaters of trying to keep the car on track at all costs.

“You put a single-seater in the gravel and you’re in the pits for an hour while they’re cleaning all the crap out of it,” explains Davies. “But if I had just steered it to the field and come to a halt, then they would have brought it back to the pits, sorted out the tyres, given it a dust-off and off we would have gone. It was the fact my single-seater brain was thinking, ‘try and keep it on the track’ that I was still correcting the slide. 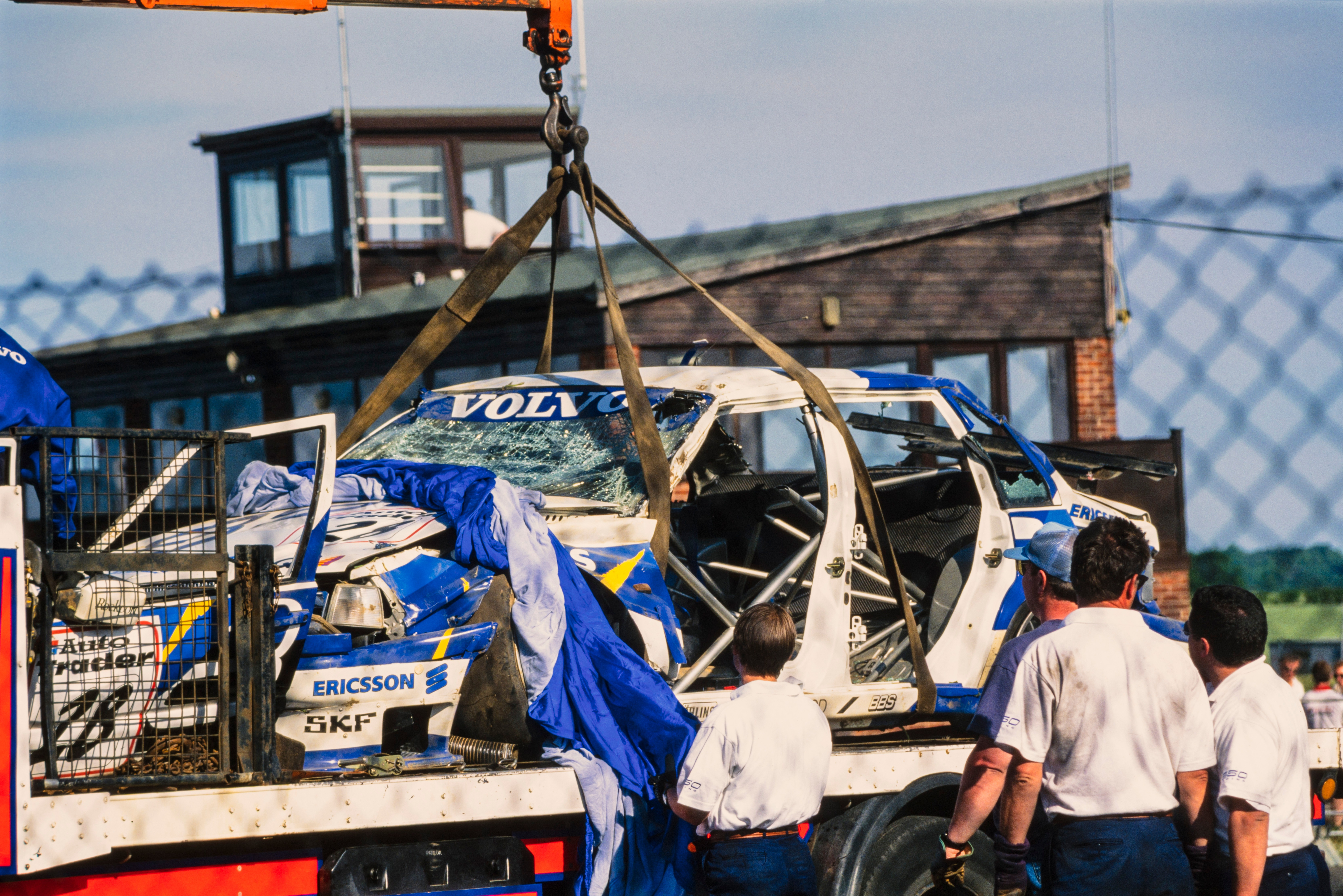 Davies was knocked out in the accident, which he believes was exacerbated by his single-seater mindset trying to stay on-track

“As I went through the corner, I was opposite lock, full-throttle. But they’re so low and so tight in the wheel-arches that there’s only a limited amount of steering lock that you get and it was nowhere near enough lock to be able to do anything about it.”

The car was written off, and with Burt’s chassis also unsalvageable, there was no spare for Davies to race that weekend. Burt was fit enough for the next race and Davies headed back to F3, destined never to race in the BTCC, although he would build a sportscar career following a race-winning stint in Formula 3000 that yielded the Le Mans Series title in 2004 and second overall in that year’s Le Mans 24 Hours.

“It was a shame because I can still remember now, I was P4 before I went off which is I guess pretty good for a rookie jumping in,” says Davies, who today runs the family machining business, Turnspeed.

“At the time, I was so focused on single-seaters, it never even entered my head that I could do a career in touring cars. It wasn’t something I looked at because Formula 1 was my goal and all of my focus was going in that direction.

“It’s one of those things that perhaps later in life you can look at it and go, ‘I could have done something there’, but at the time when you’re younger and you’ve got that focus, you don’t see that.” 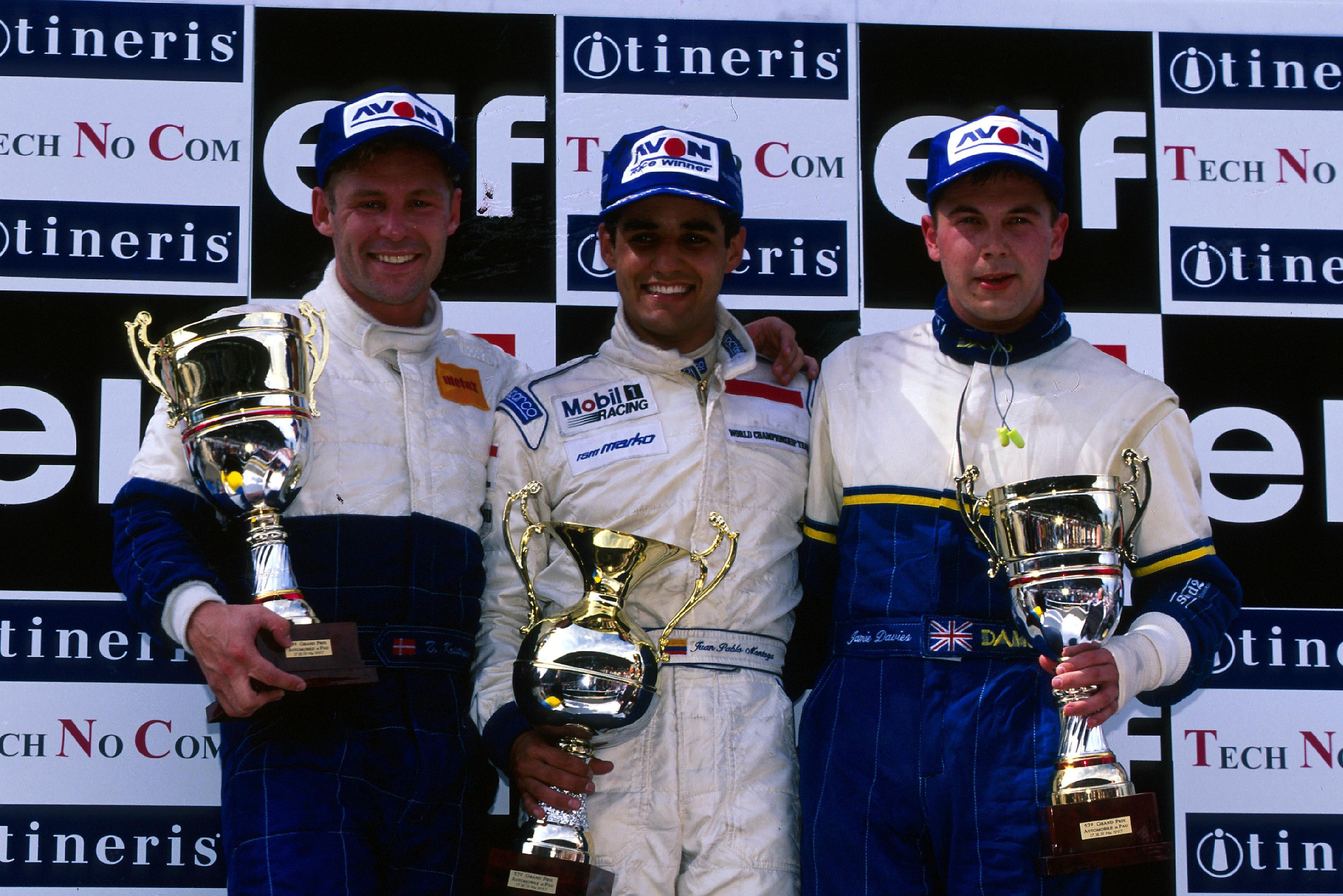 Davies (right), raced and beat Kristensen and Montoya in F3000 but lacked finance to reach F1