Chilton started his Motorbase Performance Ford Focus from pole position on the reversed-grid line-up, with Adam Morgan's Ciceley Motorsport Mercedes-Benz A-Class alongside him.

Chilton made a superb start to head into Duffus Dip first ahead of his rival, with Colin Turkington (WSR BMW 125i M Sport) and Dan Cammish in the works Team Dynamics Honda Civic following.

Following a brief early-race safety car to clear up debris on the circuit after contact between Matt Simpson's Simpson Racing Honda Civic and Mike Bushell's Team Hard Volkswagen CC, Chilton controlled the restart and was able to scamper clear as Turkington set about unseating Morgan from second.

Turkington managed it on lap 15 of the 27 by outdragging his rival away from the hairpin, and he set about carving into Chilton's 2.7-second advantage.

He narrowed it to a few tenths of a second, but Chilton held firm for the victory.

"It was a brilliant race," said Chilton, whose last BTCC win had been in 2011.

"I could see that there was no more rain coming, so I was protecting my tyres early on so I would have something left at the end.

"My engineer came on the radio to tell me Colin was catching, but I told him 'I do have eyes'! I could see him coming, but I had enough in hand." 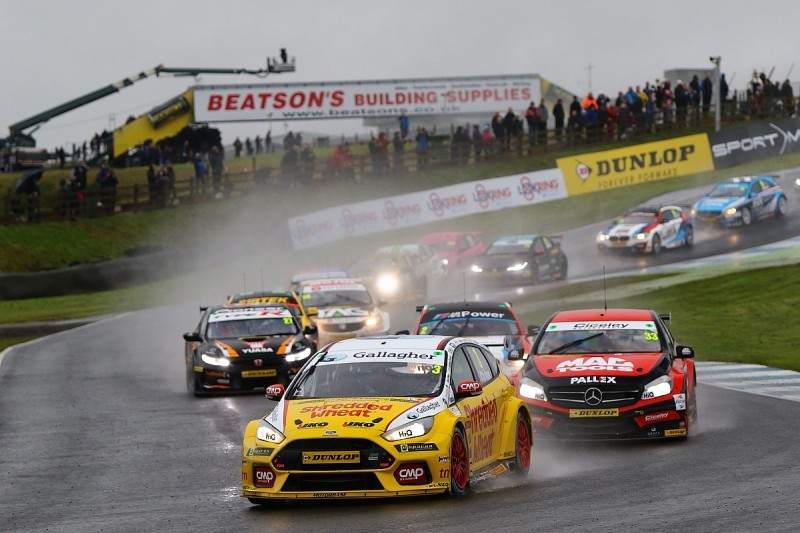 Turkington said that he was pleased to bank the points, which have given him a 43-point advantage in the standings with six races remaining.

"I could have tried for the win, but the risk would have been too much," said the Northern Irishman.

"I was not going to do something to lose the points I had. I was faster coming out of the hairpin and he was faster in the other places, so it was always going to be tough."

The final spot on the podium was taken by Andrew Jordan, who overhauled the tyre-hampered Morgan with seven laps to go.

"I think I had used my rear tyres too much trying to get ahead of Morgan, and I was unable to make any progress after that, but I am happy with my weekend in terms of points," he said.

Morgan held on to fourth ahead of Sam Tordoff and Josh Cook.

The first two across the line in race two, Subaru racer Ash Sutton and the Toyota Avensis of Tom Ingram, were forced to start from the back row after failing a ride height check. Sutton had 75kg of ballast and Ingram had 66kg.

Sutton blasted through the field to eighth at the flag, while Ingram finished just outside the points in 16th.