The 17-year-old, a Junior Saloon Car Championship runner-up, has been racing in the Volkswagen Racing Cup this season after winning a Team Hard scholarship shootout.

He will take over the team's VW CC previously raced by Michael Caine and Carl Boardley.

"I have been watching BTCC cars at Croft with my mum, dad and brother since I was a young boy and I can't believe I am now going to be actually racing in the championship," said Hammerton.

"We were at the Rockingham round of the BTCC in August supporting [Team Hard racer] Bobby Thompson and the rest of Team Hard when the discussions started with Tony [team boss Tony Gilham] and I am over the moon everything is now in place.

"I know it is going to be tough given the lack of time in the car compared to the other driver and the 45kg of mandated ballast for new entrants, but I hope to be in the BTCC next year and I am hoping this is just the start of my career."

Hammerton, who has tested the car once, will join Thompson, Mike Bushell and Ollie Pidgley in the Kent-based team's line-up for the remainder of the season. 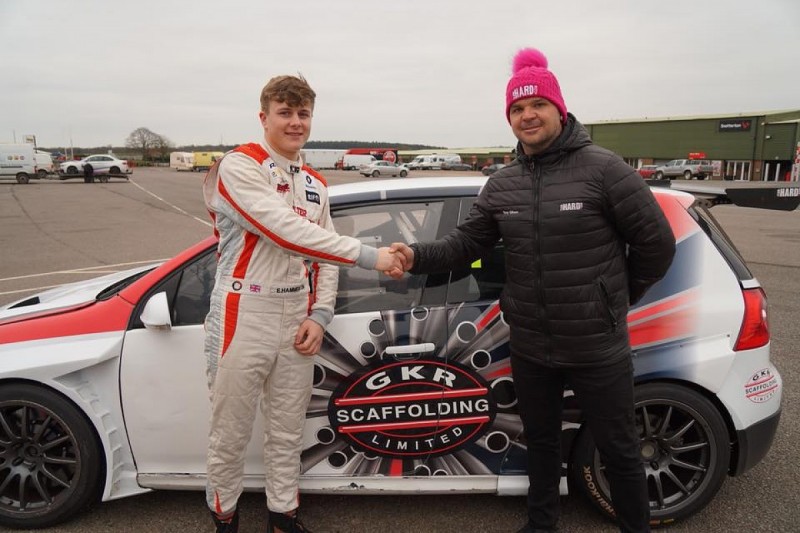 Team boss Tony Gilham said: "Ethan is a special talent which stood out from day one of the Team Hard Scholarship.

"He has excelled in every area for someone so young and is way above his years in terms of maturity.

"He has been working closely with Thompson and [Renault UK Clio Cup racer] Max Coates and both speak very highly of him too.

"He has already had a successful test in the VW CC and has impressed every member of the team. He is a star of the future, for sure."