Sutton and Ingram failed a post-race ride-height check after the soaking, rain-shortened event.

The two drivers failed a post-race ride height check after a shortened 20-lap race around the Scottish track and were booted out of the results.

Ingram was pragmatic afterwards: "The rules are black and white - they are written in a book!

"There was contact in the queue for the hairpin on the opening lap and that might have caused some damage.

"I am not sure that would have represented an performance advantage, but we will have to take it on the chin." 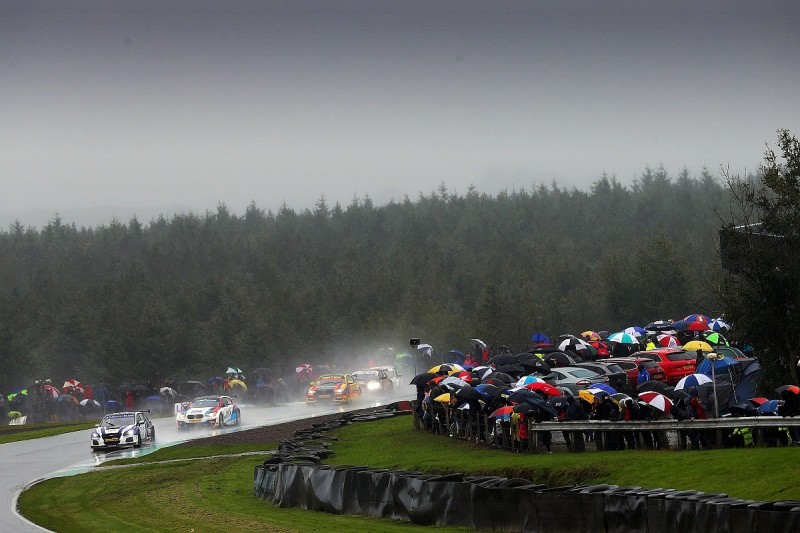 Dan Cammish had held on for fifth place in front of Colin Turkington and that became a podium.

Winner Jordan agreed with the decision to halt the race after 20 of the scheduled 24 laps.

"The car was aquaplaning on the straights and they were some very tough conditions," he said.

"I am not sure we could have carried on for much longer.

"But these conditions aren't going to change, so we will have to prepare as well as we can for race three."

The number six was pulled out of the hat for the reversed grid draw, which initially meant Turkington was set for pole.

The exclusions and revised result means Tom Chilton's Motorbase Performance Ford Focus will now start the day's third race from pole position, with Sutton and Ingram at the back.