The so-called Goodyear tyre test was hit throughout by variable weather conditions, but there were windows of dry running on both afternoons that allowed competitors to get quick dry-track times in, before a downpour truncated the final session.

Proctor, who only joined the BTC Racing Honda squad prior to last month’s second round at Snetterton, set two laps good enough for the top spot in his Civic Type R on the first afternoon to edge out the Team Dynamics Honda of Shedden by 0.071 seconds.

Shedden returned the favour on the second day, the Scottish three-time champion recording three laps quicker than anyone else and defeating Proctor by 0.464s.

All but one of the top 10 drivers in the times set their quickest lap on the opening day.

“Throughout the two days we were very productive,” said Proctor.

“We managed to achieve the things that we wanted to get done and we got enough driving in to really validate what we thought we could do and what we thought could make a difference. It’s great to get a handle on that.

“We didn’t do much wet running but from the laps that I did in the wet, the car felt strong then too.

“Overall it’s been very confidence-inspiring for heading into the race weekend in a few weeks’ time [on 31 July-1 August].” 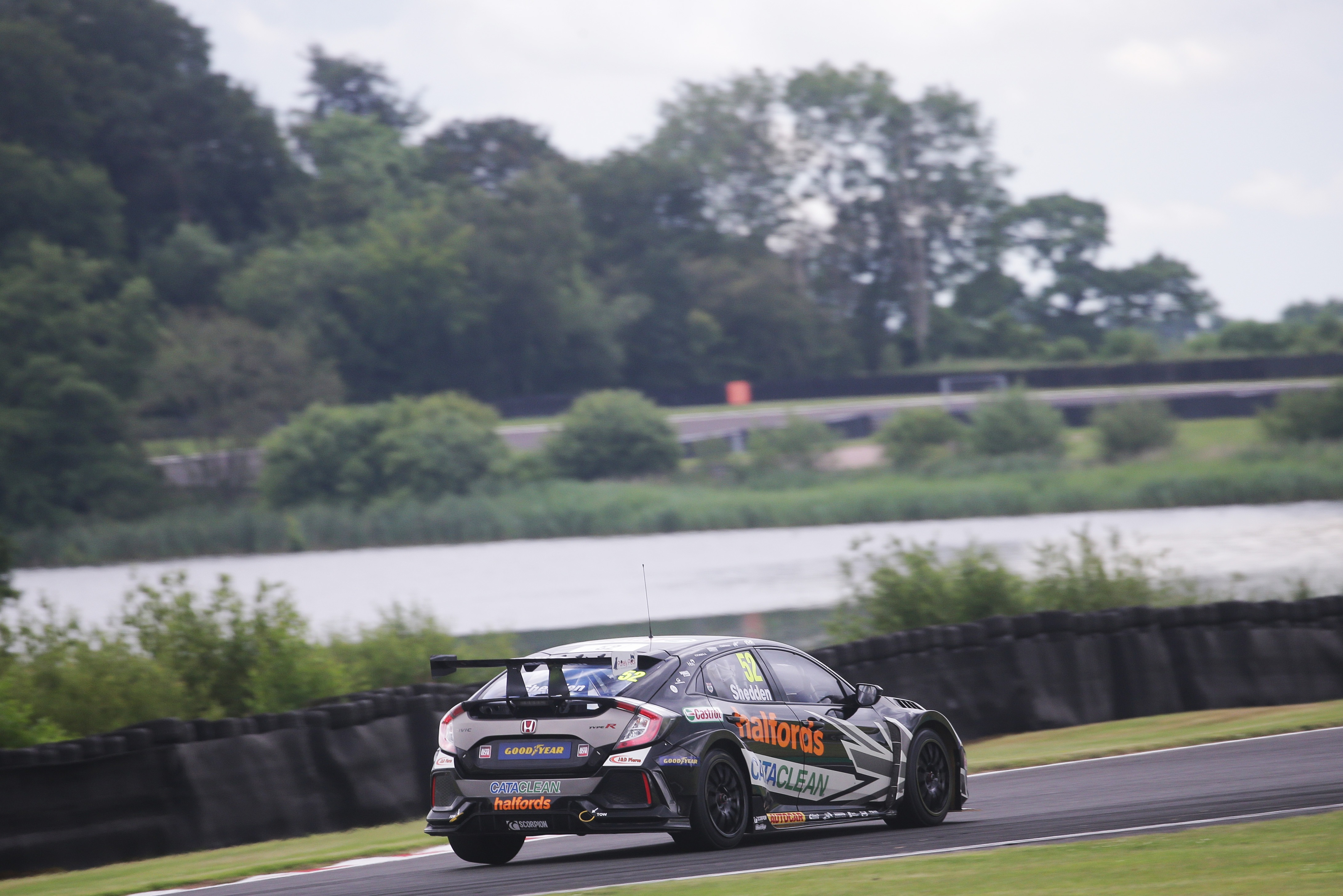 Dan Rowbottom, in the sister Dynamics Civic to Shedden’s, continued his strong form to complete an all-Honda clean sweep of the top three.

Fourth fastest was the Team Hard Cupra Leon of Jack Goff, following on the heels of his maiden podium finish in the new-for-2021 machine last time out at Brands Hatch.

Goff headed the only driver in the top 10 to go quicker on Wednesday’s second day: Jason Plato in the Power Maxed Racing Vauxhall Astra.

Jake Hill, who was quickest in the wet session on the second morning, finished up sixth overall with his Motorbase-run MB Motorsport Ford Focus, ahead of the leading Excelr8 Motorsport Hyundai i30 N of Chris Smiley.

Smiley’s team-mate Tom Ingram was fastest on the first morning in the wet, but caused a red flag in the afternoon when he stopped on track.

Another Toyota, the Cosworth hybrid development car of Andrew Jordan, didn’t get out on the first morning but completed 33 laps in the afternoon, then did a day-topping 85 laps on Wednesday.

James Gornall, who fell by the wayside in his rookie campaign with the Trade Price Cars Audi team last season due to COVID-related financial complications, returned to the seat of a BTCC car at Oulton Park.

Gornall drove the Team Hard Cupra previously occupied by Glynn Geddie, who has pulled the plug on his 2021 campaign due to what the team describes as ‘personal reasons’.

Although the test outing does not necessarily mean Gornall will replace Geddie for the remainder of the season, team boss Tony Gilham described him as “a reliable, safe yet fast pair of hands”.