When Tim Harvey was chosen to test the TWR Volvo S40 that had won the previous year's British Touring Car Championship in 1999, it looked as though a short-lived Super Touring partnership was at last getting back together. But the 1992 champion's hopes were dashed by an affordable and available alternative

The second Volvo seat alongside Rickard Rydell in the British Touring Car Championship was becoming regarded as something of a poisoned chalice.

The Tom Walkinshaw-owned TWR team had taken the Swedish manufacturer into the series with the novelty 850 Estate in 1994, but for 1995 had switched to the 850 saloon: Tim Harvey, known to the team from world sportscar racing, finished fifth in the rankings, two places below Rydell.

For 1996, Harvey was replaced by Kelvin Burt. While Rydell was third again, Burt was a lowly 11th, not helped by his massive mid-season Oulton Park smash. In 1997, Burt stayed on board as TWR switched to the S40. This time, Rydell finished fourth and Burt 10th.

Gianni Morbidelli, who had been shining in Italian Super Touring racing with BMW since the end of his F1 career, was drafted in alongside Rydell for 1998. While the Swede claimed the title, Morbidelli never got to grips with front-wheel drive or the British circuits and was a dismal 11th.

TWR was therefore in something of a conundrum for 1999, and there was a chance for Harvey, out of a drive thanks to the withdrawal of the Peugeot team for which he’d driven from 1996-98, to re-stake his claim to a seat.

Volvo was sending two cars to the end-of-season 1998 Bathurst 1000. While Rydell was joined by Antipodean hero Jim Richards in the winning S40, the other was shared by Harvey and Volvo’s two-time Swedish Touring Car champion: Jan Nilsson. Harvey was the driver being pushed by TWR for the following season, while Volvo favoured Nilsson. 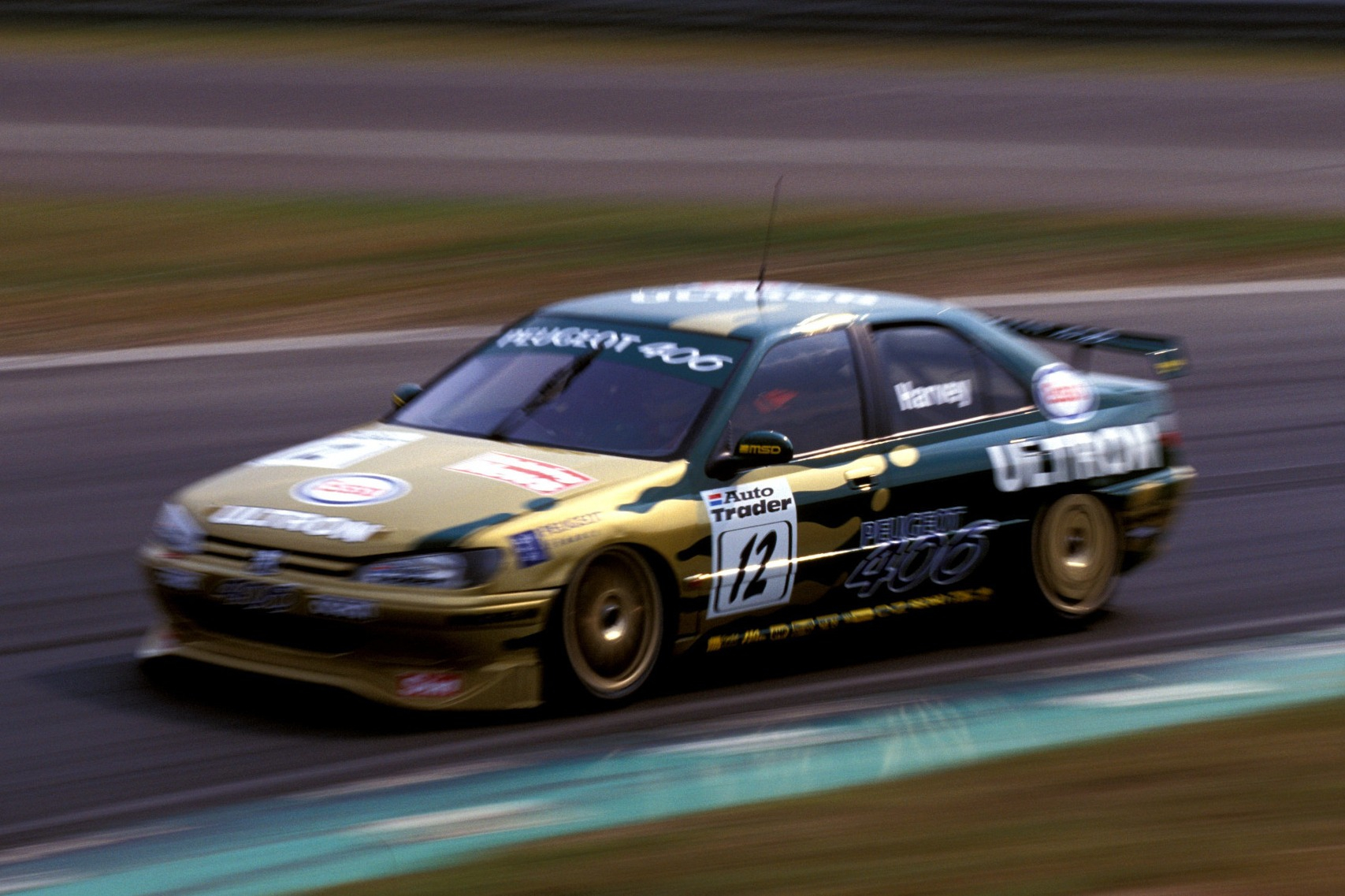 “They realised that perhaps I was a bit better than they thought,” recalls Harvey today. “In the two years Kelvin was in the car he never got close to Rickard, and in fact in 1997 I beat him in the Peugeot. In fact, I think they underestimated how good Rickard was – he and Alain Menu were the two fastest guys I ever raced in touring cars.

“Knowing how Tom worked, they liked to evaluate the goods if you like, and test them. I’d never driven that car before Bathurst and it went well. I qualified third, and that reminded him I was pretty good.”

"The reality is I was probably a bit greedy with my demands, although I’d have accepted a little bit less to get the drive" Tim Harvey

A Nissan Sentra had crashed on the mountain, its driveshaft coming to rest on the racing line. An unsighted Paul Morris hit the debris, which tore a hole in his Audi’s sump and resulted in oil spreading across the track. Next along were Harvey and the Triple Eight-run ‘Holden’ Vectra of Russell Ingall. Both crashed into the wall, leaving Harvey to visit the medical centre for attention to the “family jewels”, just days before his wedding…

By the time January came around, TWR and Volvo still hadn’t made their decision, but it was Harvey who got the call-up for February’s Michelin tyre test at Vallelunga when Rydell got his dates mixed up and booked a clashing family skiing holiday, and the Brit “did a ton of laps”.

Meanwhile, BTCC supremo Alan Gow was getting jumpy that TWR still hadn’t nominated Rydell’s team-mate, and Harvey shook down the 1999 S40 at the Enstone airfield. But by this point Vincent Radermecker had entered the equation, and had tested the 1998-spec S40 at Pembrey.

“It was a bitter-sweet moment, sitting in it and wondering whether I’d get to drive it again,” Harvey told Autosport at the time. “Now I’m sitting by the phone waiting for something to happen.”

Instead it was a Wallonian phone that rang. Radermecker, runner-up to Jan Magnussen in British F3 in 1994, had been forced to reinvent his career in the wake of his loss of backing from Marlboro. He’d shone in Belgium’s Procar series in 1996 in a Super Touring Peugeot 406 run by future Citroen World Rally team Kronos, then again in 1997 on the series’ switch to Super Production rules with a 306. 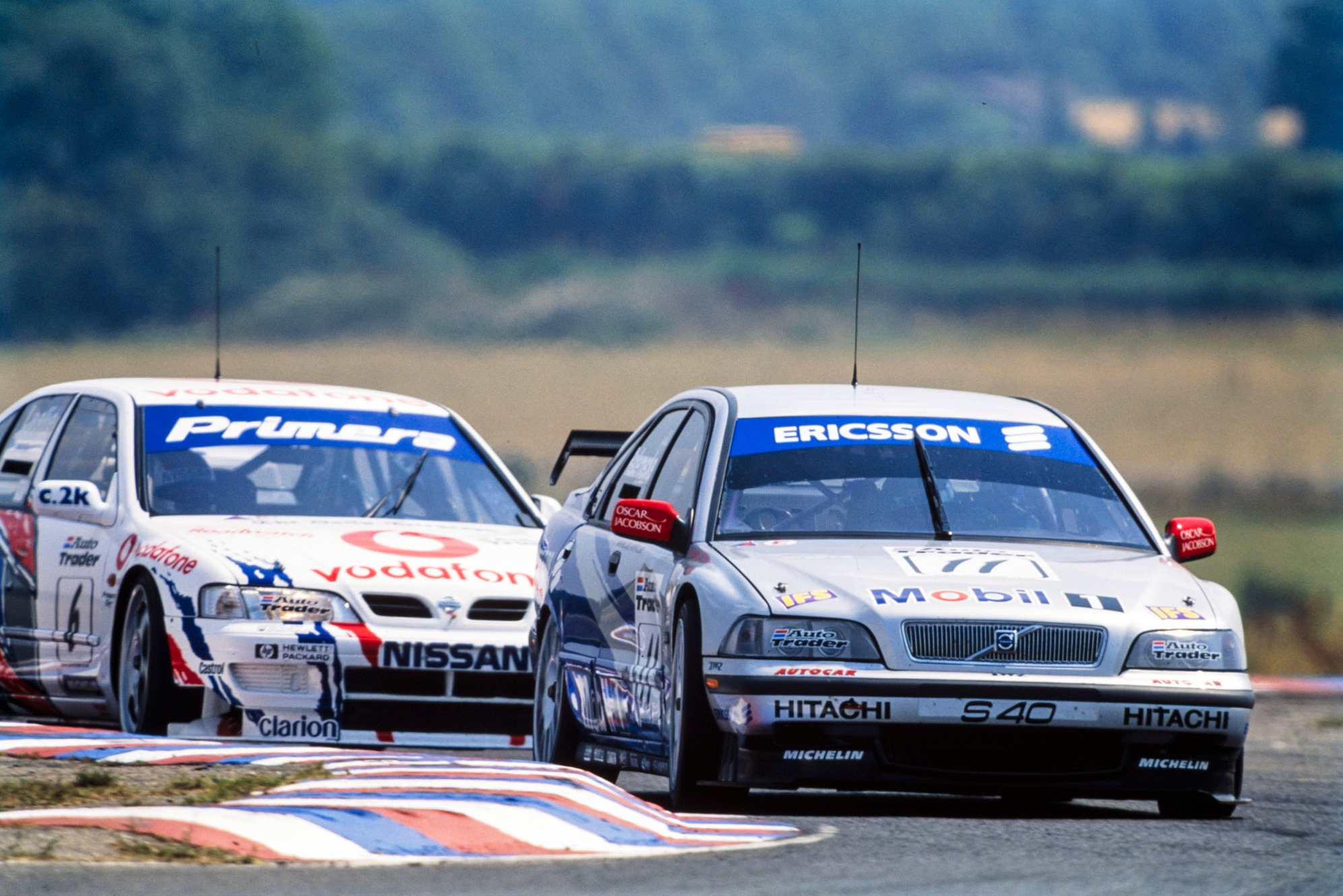 “You know in discussions when things go a little bit quiet,” reflects Harvey now. “The reality is I was probably a bit greedy with my demands, although I’d have accepted a little bit less to get the drive. Vincent came out of the blue; I know he was cheap and maybe Tom’s tight-fisted Scottish ways came out! Vincent didn’t do a bad job, but I thought I could have done better.”

Radermecker took eighth in the 1999 standings, good enough to stay in the series for 2000 with Vauxhall after Volvo’s pullout, while Rydell was third. Harvey was left on the sidelines and became team manager on Matt Neal's Team Dynamics Nissan.

“I would have loved to have been in that S40 – it would have been absolutely fantastic,” Harvey says. “They didn’t have quite so much success in 1999; it’s one of those things where they probably rested on their laurels, and every year the Super Touring cars got better. We’re talking about the last two years of Super Touring, when the cars were at their absolute best.” 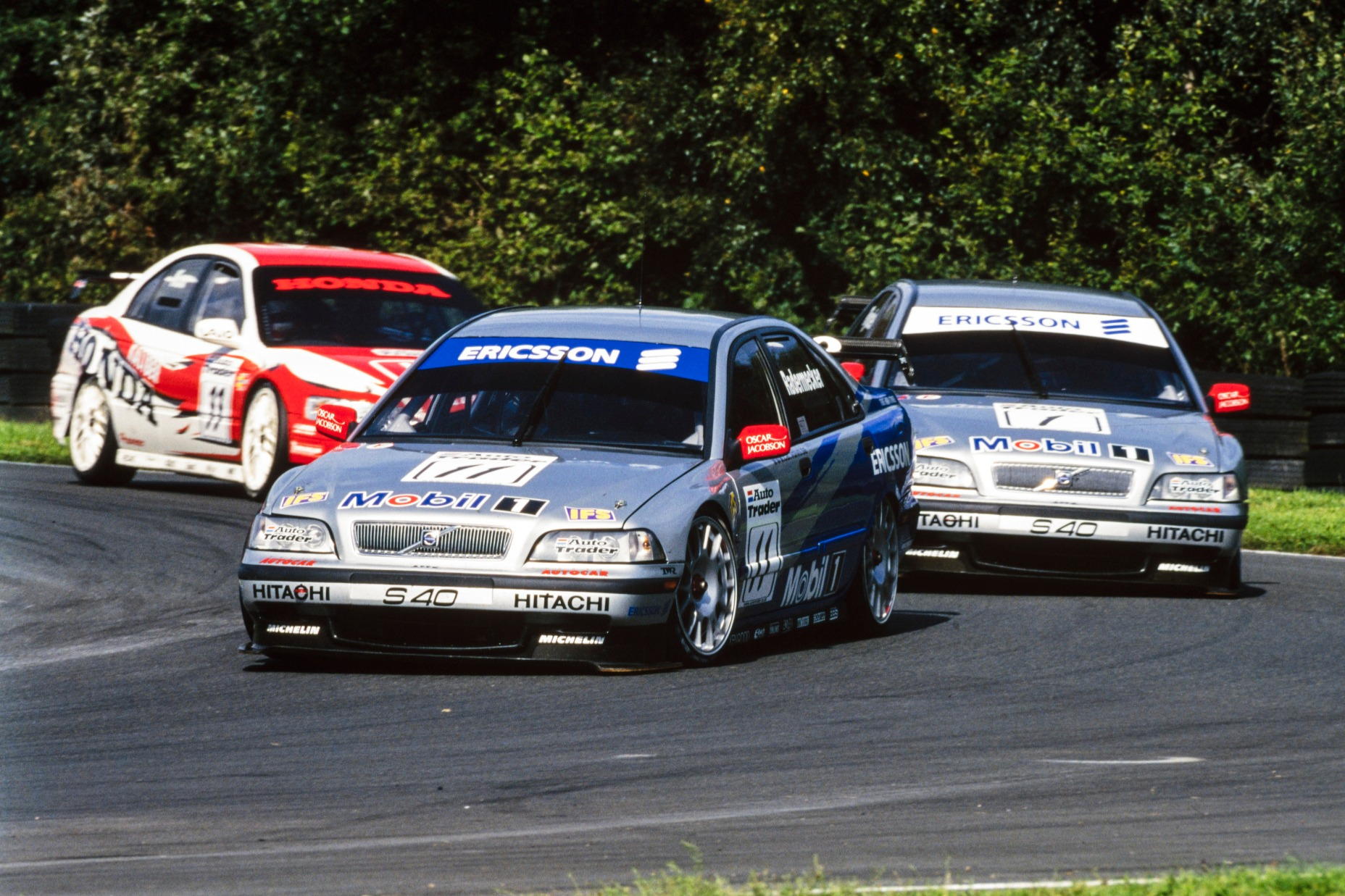