Morbidelli was involved in two investigations after Monday evening's third race - one into a collision with Comtoyou Racing driver Aurelien Panis and the other for a clash with John Filippi.

The Alfa driver had been running 13th and within a couple of seconds of scoring his and the team's first points of the season when he was turned around after contact with Filippi, as he attempted to gain 12th place from the Campos Racing driver.

Neither Morbidelli or Giovanardi - who was also investigated for a collision with Panis that occurred in race two - attended their hearings, with both penalty reports noting the drivers "left the circuit without authorisation of the stewards".

Article 44c of the WTCR sporting regulations states 'If a driver is involved in a collision or incident (see article 43), and has been informed of this by the stewards no later than 30 minutes after the third race has finished, he must not leave the circuit without the consent of the stewards." 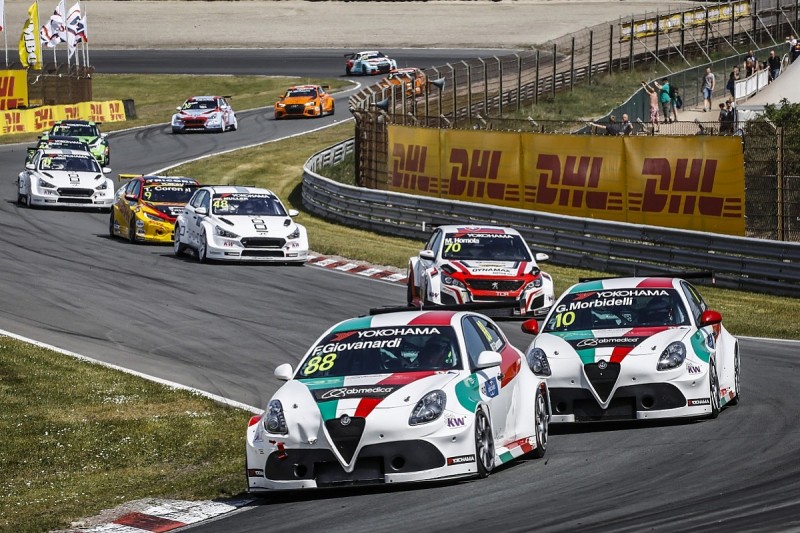 The team was handed a €1500 fine for each offence, which must be paid to the FIA by Wednesday evening.

Panis was found guilty of the same breach, with his Comtoyou Audi squad assessed the same €1500 fine.

In his absence, Morbidelli was handed a 30-second penalty for his incident with Panis, which put the son of 1996 Formula 1 Monaco Grand Prix winner Olivier out of race three.

Morbidelli finished the race 21st and one lap down as a result of his later clash with Filippi - who escaped penalty for that incident.