For weeks, there's been talk of surprise announcements, of an exciting, interesting change of direction for the WTCC.

There's been plenty of speculation about what identity the WTCC will assume in the coming years - from merging with DTM and taking on its regulations, through to reshaping itself into an electric-only support category for Formula E (part-owned by parent company Discovery).

But, as it stands, there's no confirmation of a calendar, promoter, or technical regulations for the 2018 WTCC season. It's late September.

While in terms of competition, this season has arguably been one of the best since the mid-2000s, there's no ignoring the fact that the WTCC lost two of its manufacturers over the winter, and has seriously struggled for numbers this year.

Championship leader Honda is known to only be committed until the end of 2017, while Volvo is believed to be in for at least another year - although there's likely to be a break clause if it has no competition. With just Honda and Volvo as manufacturer entries, the WTCC only needs one to pull out to lose its esteemed 'World Championship' status.

The future of the WTCC is effectively tied to whichever technical regulations it runs to next year, of which there are three options.

Switch to Class One 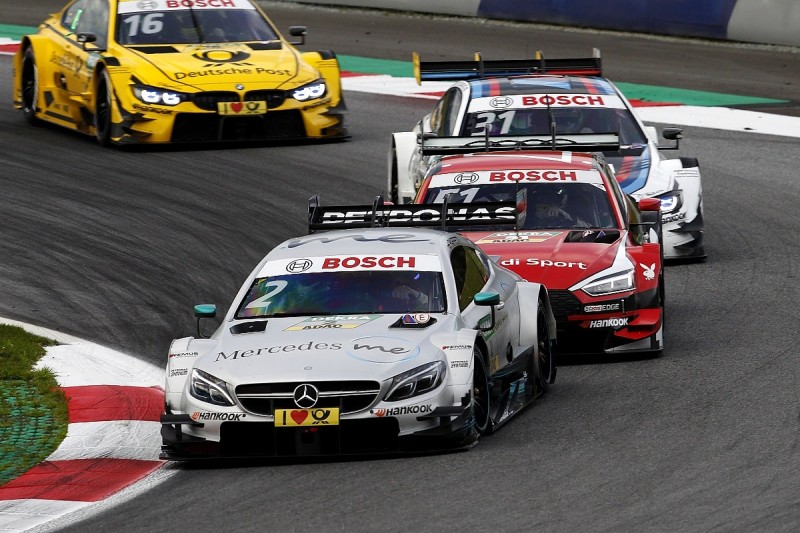 WTCC promoter Eurosport Events is known to have told teams late last year it planned to introduce Class One in 2019 - possibly even in '18.

That had a bit of a frosty reception; independents could effectively shrug their shoulders at this point and stop listening, as Class One isn't aimed at them - it's too expensive.

The idea was, likely, to make use of the fact manufacturers were already building cars for the combined rules, which have tried (so far unsuccessfully) to merge technology used in the DTM and in Super GT in Japan.

So rear-wheel drive, high-powered, silhouette cars - a high-cost, touring car formula used by three major international series. It would turn off some touring car aficionados, but there's no doubt they would be great cars.

If Honda, Nissan, Mercedes and Audi (plus more) already have cars built for DTM and Super GT, they could just bring them to the WTCC. It appeared a fantastic solution.

But that concept was unlikely to fit with Volvo's super-green direction, and Honda wouldn't have had an easy time fitting the running gear from an NSX (pictured below) it runs in Super GT into anything as compact as a Civic - so the WTCC seemed to be looking away from its existing manufacturers. 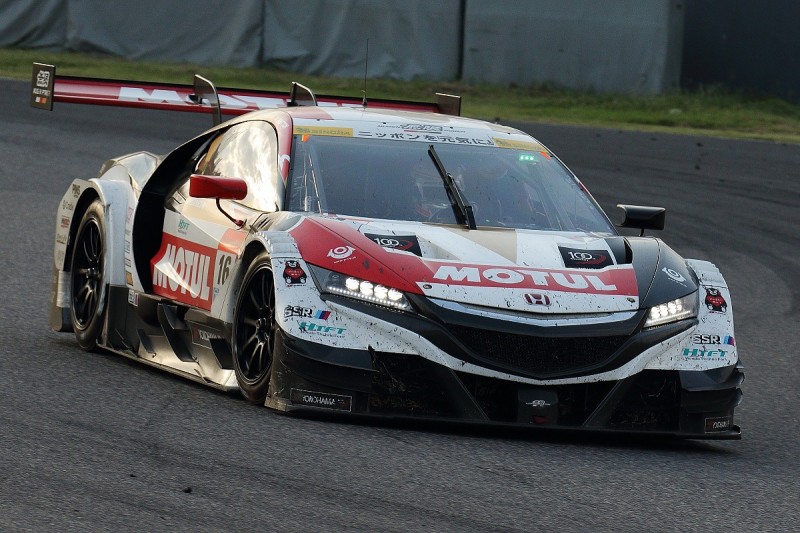 Mercedes is rumoured to have been most interested of the DTM's manufacturers in the plan, but it has since announced it will cull its DTM programme to go to Formula E.

New ITR chairman Gerhard Berger was direct when asked about a potential rules merger with the WTCC, saying it was not his focus, and pointedly remarked that DTM owns the intellectual property to its regulations.

With a lack of manufacturer interest, and unworkable costs, it's no real surprise that Class One has been mentioned with decreasing regularity in regards to the WTCC, and remains something the series has not officially acknowledged. 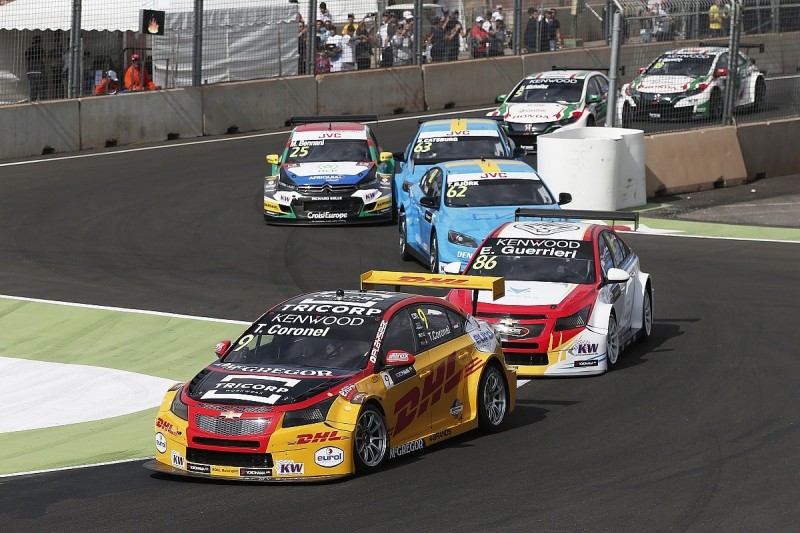 The WTCC's second option is to continue with its TC1 technical regulations for another year or two before settling on a new direction.

TC1 was introduced in 2014, the same year in which Citroen made its debut - a move some feel effectively handed the French manufacturer the keys to the championship. After achieving all its commercial objectives, Citroen ended its works WTCC effort last year and returned proud and triumphant to the WRC.

A holding pattern would seem to make sense, but the format's high-cost and lack of manufacturer involvement is an issue.

TC1 has not caught on; although there are close to 30 cars out there, the WTCC failed to get 16 out for the season opener at Marrakech in Morocco, with the 1.6-litre 400bhp turbocharged engine rental cost a colossal burden for the privateer teams.

There are just six manufacturer entries on the grid this season and, while there are top-level privateer entries from Munnich Motorsport and Sebastien Loeb Racing, that's not enough to provide a full-size racing grid - and there's no sign of things getting any better for 2018.

There are also commercial complications for Honda, which still competes with the ninth-generation Civic FK2 that is no longer for sale. If the WTCC limped on with TC1, perhaps with a one-year extension, that would only provide Honda the cost-ineffective solution of building the latest-generation FK8 to TC1-spec for one year.

For marketing reasons, it couldn't continue to race the FK2, which makes TC1 a Honda-less option. And with Honda out, and no new manufacturer coming in (who'd be crazy enough to build a TC1 car for one year only?) that's the 'world championship' label gone, even if Volvo stayed around.

This forces the WTCC to only go in a low-cost direction...

Bite the bullet and adopt TCR 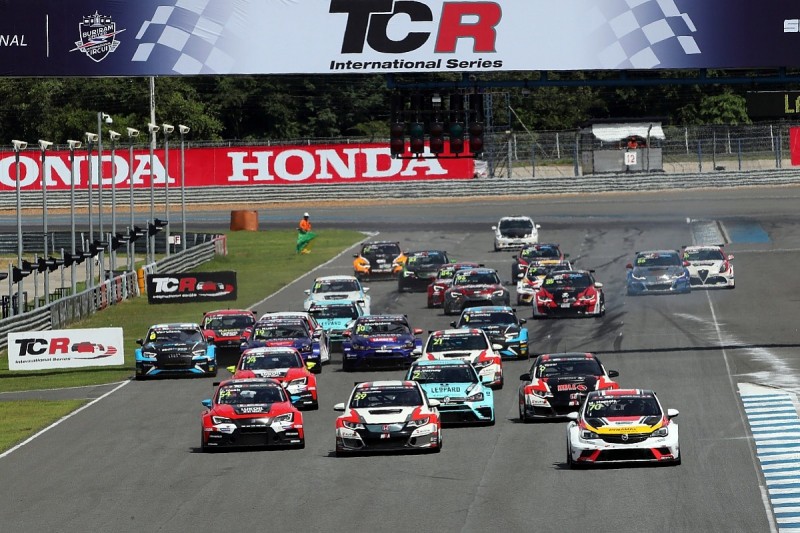 There are a host of reasons why TCR isn't a great fit for the WTCC.

Speak to most drivers who've raced the two sets of machinery, and they'll be quick to mention TCR's limitations. They are simple cars, with limited skill required - effectively, souped-up production cars with limited aero and grip - and not as much 'fun' to drive as TC1.

This does need to be understood. TC1 cars are impressive touring cars; for the money they cost, they should be. They look and sound magnificent and, at the right circuits, deliver great racing.

TC1's 'failure' could be put down to costs, but more fundamental has been the difficulty in balancing competition. In 2016, four manufacturers lined up on the grid, but the pecking order was clear with Citroen at the front, Honda some way back but ahead of Lada and then Volvo.

If Citroen hadn't had such a headstart in 2014 while Honda was forced to rush its car to even make the first race, the direction of the championship might have been a little different.

Costs are high because there's no control. There's a rulebook, and the manufacturers build the cars to those - the standard FIA approach to motorsport. The best car will win, the worst will lose.

TCR works to a very different formula. There's a cost cap - this works because all the cars are sold to customers and there are no manufacturer entries. Cars are based on their road-going counterparts, and inherit all the aerodynamic inefficiencies that come with them.

As well as capping costs, TCR uses Balance of Performance: a series of power tweaks, ride height and minimum weight changes to make sure cars are all equal - so it's down to the driver, not the car, to make the difference. How successful that's been is up for debate.

That's not pure sport, and something the FIA would want to try and avoid, but with TCR, there's no option. Take away BoP, and the Honda and Audi RS 3 LMS would fly away from the other cars on the grid.

Take away the cost cap and expenditure would soar as the best electronics, gearboxes and engine systems would make their way into the cars as the manufacturers search for every tenth of a second to get ahead.

How all that will be handled would need to be carefully considered if the WTCC did find a way of adopting TCR.

But should it do so? How this guarantees the WTCC's survival is unclear. It would still need manufacturer entries to run at least two sets of cars.

Honda would almost certainly be happy to continue; the new Civic FK8 Type-R TCR is already being developed by technical partners JAS Motorsport, so it goes from being out to in (and potentially with a Citroen-esque headstart on the field).

Would Opel, Hyundai, Peugeot and the Volkswagen Audi Group be ready to put factory backing behind their products? And would Volvo quickly wheel out a TCR version of its V40? Polestar's head of motorsport Alexander Murdzevski Schedvin has previously suggested such a move is unlikely.

Implementing TCR rules may be easier said than done, too. It's well-known that WTCC promoter Francois Ribeiro and TCR's Marcello Lotti don't get along. Crucially, Lotti holds the cards here, as he owns the intellectual property to TCR.

It's also a dilemma that presents TCR its own problems, as its International Series would lose its unique selling point as a low-cost international touring car category.

It would be interesting, nevertheless, to see if the two series can find a way forward that keeps the WTCC afloat and doesn't destroy the remarkable progress TCR has made in building one of the fastest-growing touring car formulas in the last 20 years.

Those would appear to be the only options. Developing an all-new formula for 2018 would be near-suicidal, as would a sabbatical year - take a season out, and the loss of momentum will kill the championship dead. Everyone will move out and find a new place to stay.

A solution needs to be found soon, otherwise the harsh reality is the next announcement from the FIA won't be a 2018 calendar, but that the 13th WTCC season will be its last. 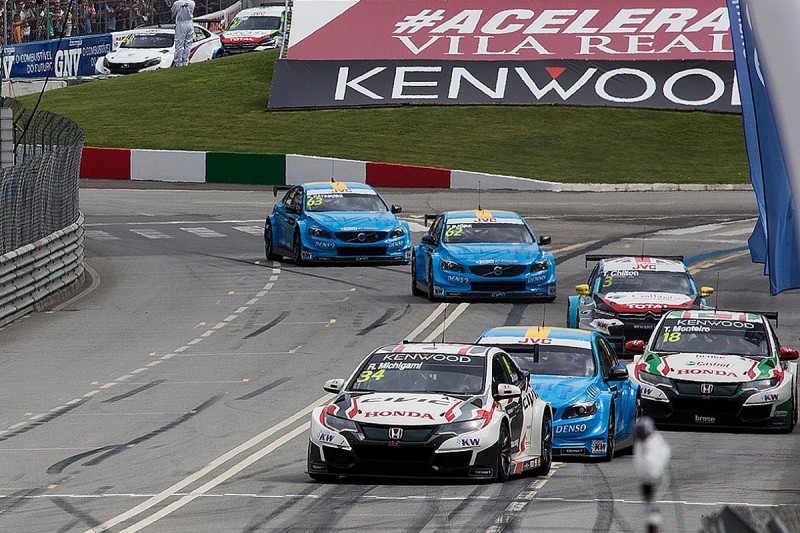