World Touring Car manufacturers' champion Volvo is understood to be developing a car to TCR specifications, which could be ready before the end of 2018

That would allow the Polestar-run team to compete in its native Scandinavian Touring Car Championship as well as the new World Touring Car Cup that was announced on Wednesday evening.

Polestar's head of motorsport Alexander Murdzevski Schedvin was initially sceptical about the STCC's move to TCR regulations when it was first announced in 2016 and said Volvo was not assessing TCR.

But Volvo has been kept up to speed on WTCR developments and Murdzevski Schedvin has since said they "open many doors for us".

"The TCR regulations are great and the switch to it with WTCR is a good decision," he said.

"This opens many doors for us moving forward, but it does also of course mean that we must plan a good way to move forward strategically.

"That is why we cannot comment on specifics today other than we are looking forward to be back on track with the team further on. We will release more information during Q1 2018."

Volvo had been suspected of being working on a TCR car behind the scenes, but it has now become clear that its priority had been on developing its S60 TC1 car in its successful bid to win the 2017 WTCC titles. 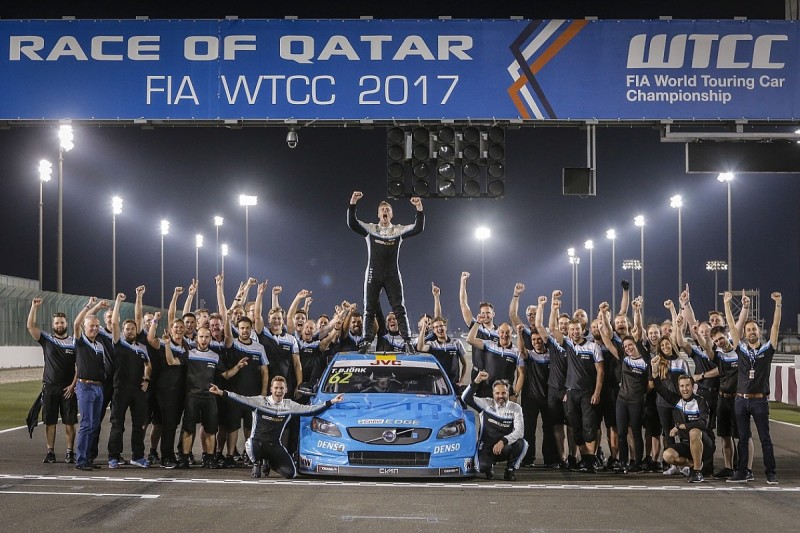 Manufacturer entries are not permitted in the new WTCR series, but there would be nothing to prevent Volvos being run under the Cyan Racing banner - as was the case in the WTCC.

Christian Dahl's race team is technically an independent programme, and is not owned by Volvo or its Polestar performance division, from which it was spun off two years ago.

The new Polestar Volvo TCR would not be expected to race until the end of 2018 at the earliest.

WTCC head Francois Ribeiro said he expected Volvo to be involved in the revamped series at some point.

"Volvo has been informed absolutely from day one about the discussions," Ribeiro told Autosport.

"I would not speak on their behalf because it would not be correct, but I'm not expecting to lose their racing arm, Cyan Racing.

"I'm not expecting to lose them, to let them completely out the way and say 'OK, you have been doing good this year, so long; now we change the regulations and do what you can to follow us' - no.

"They have been from day one and I expect them to play a part of it [WTCR]."